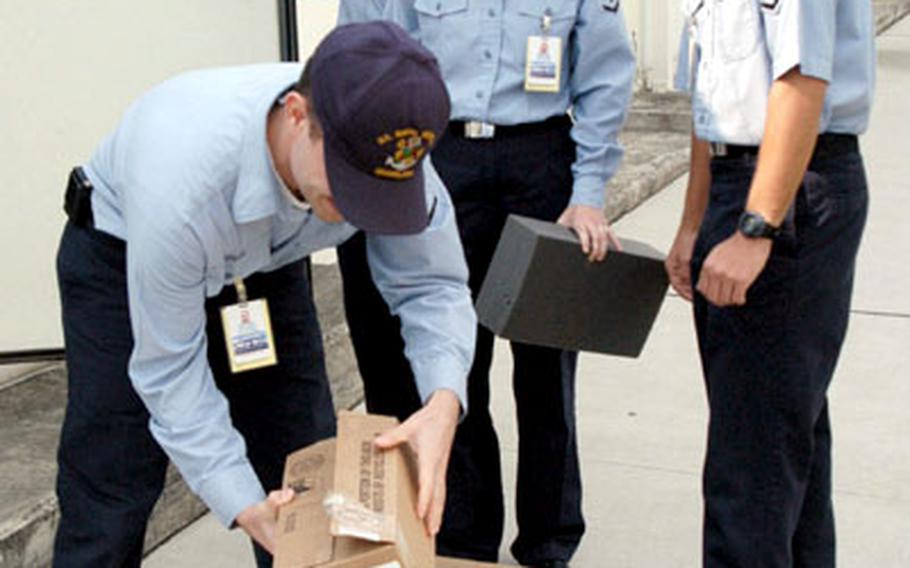 CAMP LESTER, Okinawa &#8212; More than 900 people on mainland Japan now will be able to receive flu shots, thanks to some help from the Navy on Okinawa.

U.S. Naval Hospital Okinawa sent 950 doses of the vaccine to Yokota Air Base&#8217;s 374th Medical Group after reading a news report about a short supply there, according to Cmdr. Stan Jossell, director of Community Health at the hospital.

The article, published Jan. 15, stated that while the Okinawa hospital had opened its immunization program to all, the Yokota clinic had only about 760 doses &#8212; enough for high-risk groups and mission-essential active-duty servicemembers only, Col. Steven Shaffer, the 374th&#8217;s director of organizational compliance, stated in the article. &#8220;We don&#8217;t have enough to vaccinate everyone. ... we have not received any more vaccine,&#8221; Shaffer said in the article.

After reading of the Yokota shortage, &#8220;We reached their public health officer and confirmed that there was a shortage,&#8221; said Navy Lt. Bob Comeau, the Naval Hospital&#8217;s Preventive Medicine division officer. &#8220;We told them we wanted to help. They huddled up, took a little time, and came up with a need of 950 doses.&#8221;

That amount of vaccine was packed according to specifications &#8212; in coolers with frozen gel-packs &#8212; and shipped to Yokota on Tuesday via commercial carrier. The package was scheduled to arrive by close of business Wednesday, Jossell said.

Even after sending almost 1,000 doses to Yokota, Jossell said, the Okinawa hospital has enough to vaccinate those locally who still need it &#8212; and even is helping out another base.

After contacting the Navy Medical Logistical Command, the hospital learned an Army unit from Fort Bragg, N.C., was in dire need of the vaccine. The unit is deploying to Iraq soon.

&#8220;We offered them enough doses to vaccinate a good portion of the troops deploying,&#8221; said Jossell, who cited operational security concerns in declining to disclose the number of doses sent to Fort Bragg. &#8220;It&#8217;s going to significantly enhance their readiness,&#8221; he said.

Logistics still are being worked out, Jossell said, but the unit will receive the shipment before it deploys.

The Naval Hospital is urging its active-duty personnel and beneficiaries who haven&#8217;t yet received a shot to get one. Those still needing to be vaccinated can stop by their primary-care clinic or the hospital&#8217;s immunization clinic. Call the immunization clinic at DSN 643-7441 for more information.