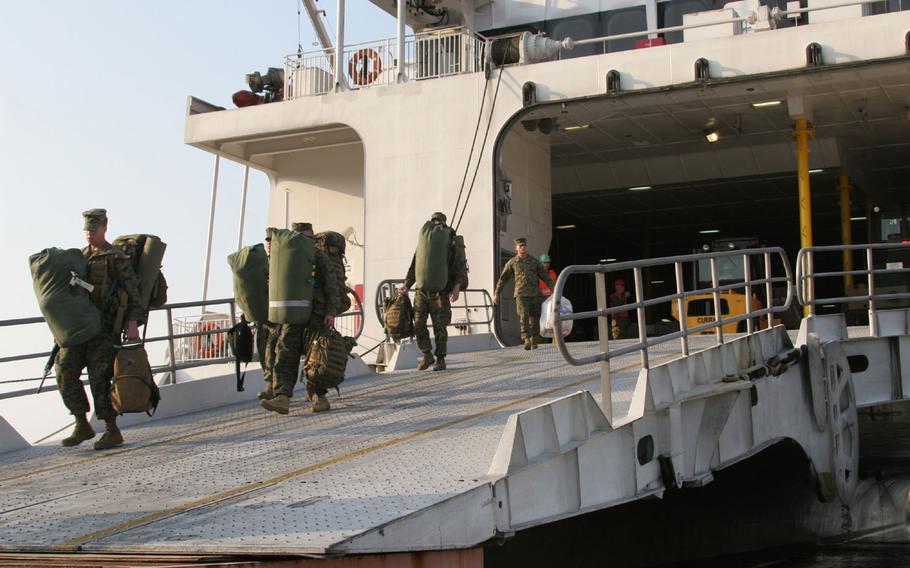 Urasoe Mayor Tetsuji Matsumoto announced Monday he was abandoning his 2013 campaign promise to block the relocation of the Naha Military Port from to his city of 113,000 in southwestern Okinawa, approximately 650 yards west of Camp Kinser.

Urasoe will likely receive subsidies from the Japanese government for accepting the move.

Relocating the port facility has been a priority for Japanese and Okinawan officials alike since the mid-1970s, when administration of the island was handed back to the Japanese government.

The port’s current site is seen as a hindrance to the island’s development and commercial activity. Closing it was first agreed upon in 1974 on condition that it be moved elsewhere on the island. That had been the prefecture’s top priority until the relocation of Marine Corps Air Station Futenma took center stage in the mid-1990s.

Urasoe’s western coast was chosen for the new port facility in 1996, leading to the birth of a small but impassioned protest movement. The plan was solidified 10 years later as part of the United States-Japan Roadmap for Realignment Implementation. The port facility will be integrated within the city’s waterfront development plan, which includes resorts, hotels and shopping.

Okinawan officials hope to have further negotiations to alter the plans slightly to better suit the development of Urasoe’s coast.