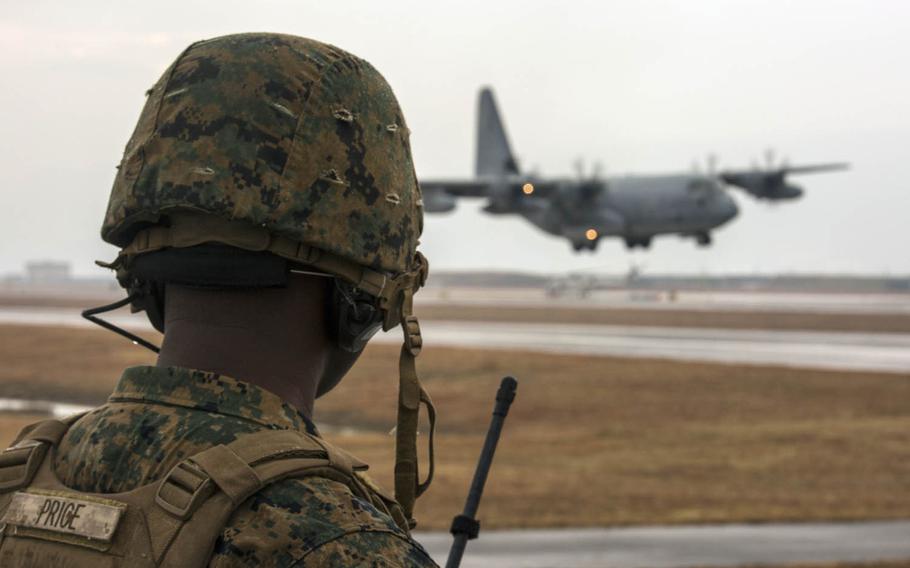 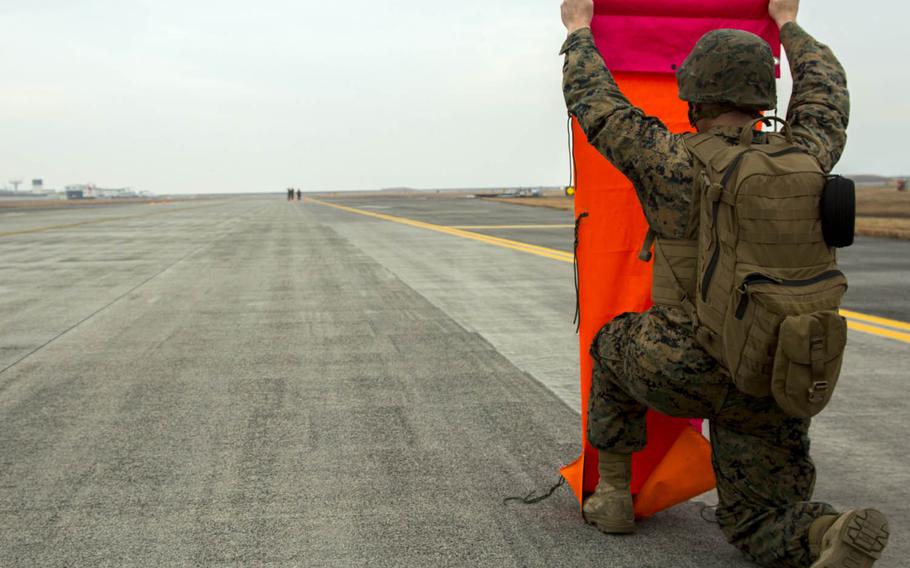 Okinawa Marines traveled to mainland Japan to set up and practice landing on a makeshift runway, a task they could be ordered to perform during conflicts or after a natural disaster.

The training, performed several times each year, will be vital if and when the Marines are called upon to move supplies and personnel into a place without pre-existing facilities, a Marine Corps statement said.

“We go out and set up these runways, land and refuel aircraft, which allows us to further push into the country without having to take over airfields or build permanent structures,” said Marine Cpl. Chris Swogger.

The mobile team includes six to eight Marines able to operate independently for 72 hours while they find a place to set up a runway, he said.

Expeditionary runways can be set up virtually anywhere with hard, flat ground at least 3,000 feet long and 60 feet wide, although the team checks for potholes and makes sure the soil isn’t loose so aircraft don’t skid during takeoff and landing, the statement said.

Marines mark off the runway, aided by a navigator and a communication technician.

“They are able to set up the strip to resemble what would be seen in a real world scenario,” Marine Capt. Jeffrey Simonson, a KC-130J pilot, said of the team’s work. “The landing strip here in Iwakuni is much smaller [than runways on Okinawa].”

Setting up an expeditionary runway is an important skill for Marines, said Ralph Cossa, president of the Pacific Forum Center for Strategic and International Studies in Hawaii.

“They normally land on the beach, but if you want to sustain a presence somewhere, you’re going to eventually need an airfield,” he said. “The ability to create your own airfield greatly increases strategic flexibility.”