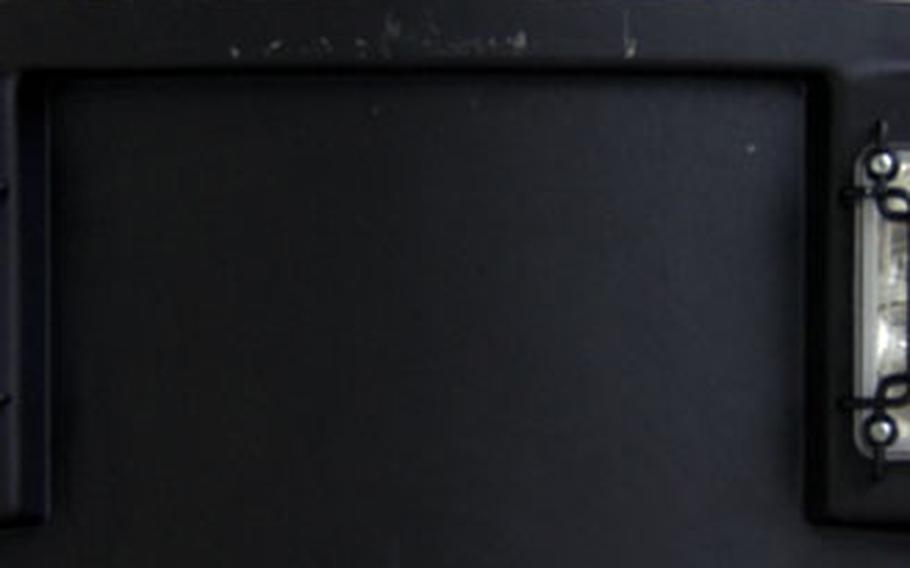 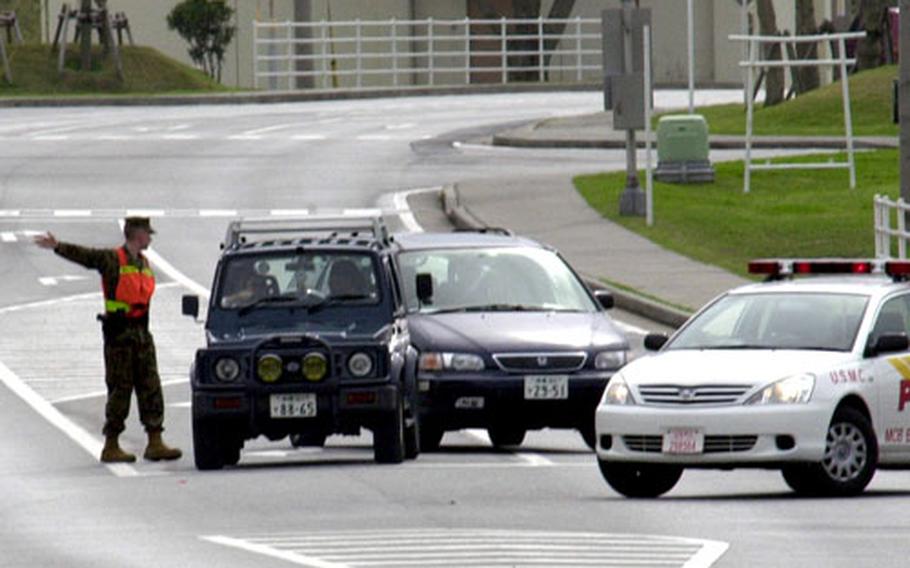 A Camp Kinser military policeman directs traffic after shutting down the road that runs in front of Kinser Elementary School Saturday during a drill. (Fred Zimmerman / S&S) 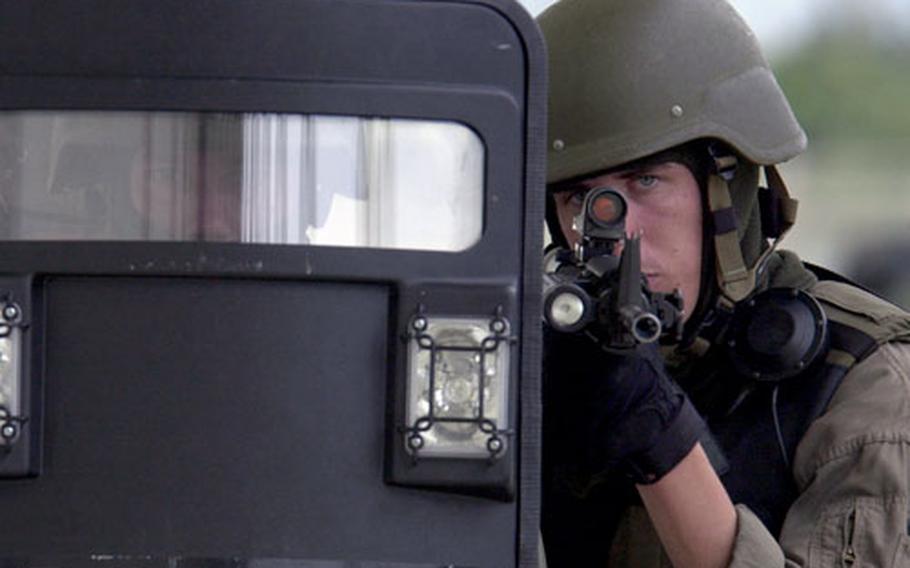 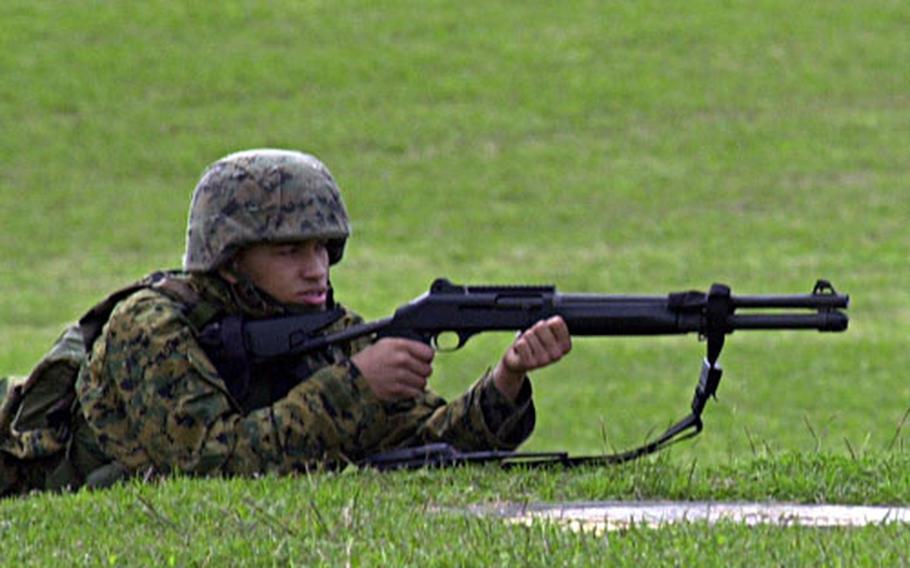 An auxiliary force Marine takes up a defensive position outside Kinser Elementary School on Saturday during a force protection drill. (Fred Zimmerman / S&S) 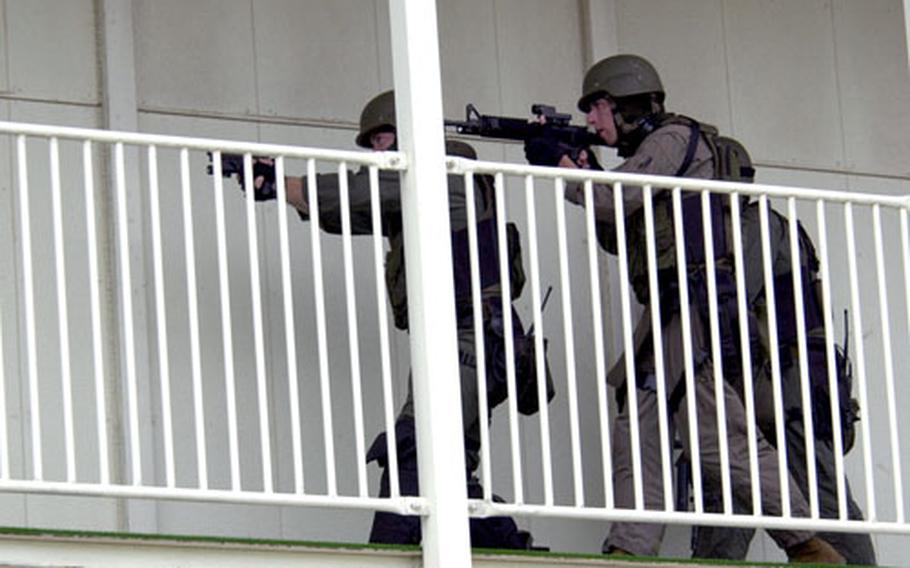 CAMP FOSTER, Okinawa &#8212; Over the next several days on Okinawa, terrorists will strike, cyber attacks will hit government computer systems and Marine camps will be infiltrated.

And if that&#8217;s not bad enough, traffic delays at gates might get dicey.

The former scenarios are part of an annual force protection exercise. The latter is for real.

Constant Vigilance 06-1, a twice-a-year exercise at Marine Corps bases in Japan, kicked off Feb. 23 and will wrap up Thursday, according to Lt. Col. Antonio Colmenares, plans and exercise officer.

Once the exercise kicked off, Colmenares said, operations centers on all camps were activated and have been staffed 24 hours a day.

&#8220;The focus here is to be able to provide to the commander the means to command and control all forces on Okinawa,&#8221; he said, adding that the exercise is focusing on areas such as mass casualty response, force protection and security.

While some motorists could get frustrated as various force protection conditions are raised and lowered at gates, Colmenares asked for their patience. He also recommends motorists give themselves extra time to reach their destination.

The exercise officer added that delays at gates will increase as Constant Vigilance 06-1 continues. During the exercises, he said, members of the Japan Self-Defense Force and Okinawan police and fire departments are invited to observe and occasionally participate.