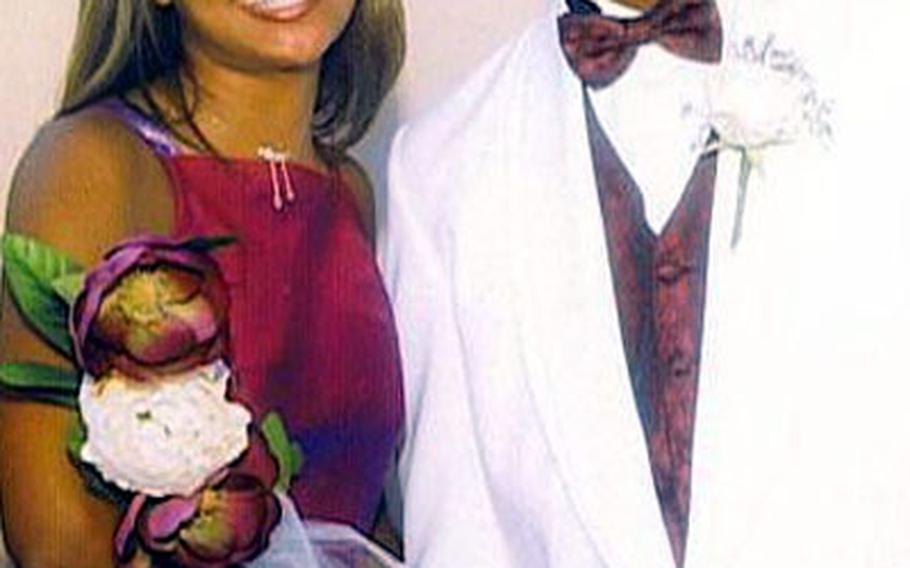 Marine Staff Sgt. Andre Smith poses for a picture with his then-14-year-old sister, Eva Pigford, at his wedding. (Courtesy of Andre Smith)

But while she&#8217;d participated in some fashion shows in Atlanta, the Marine said, she&#8217;d never done anything of this magnitude.

He said he talked to Eva once during the show, when he was vacationing at home in Los Angeles. She phoned right after a photo shoot that was very difficult for her.

The Marine said he didn&#8217;t have an opportunity to meet Eva when she traveled to Japan for a photo shoot but while in Tokyo, she made a comment he thought might have jeopardized her position on the show.

&#8220;She did pretty bad on a shoot, and she said out loud that she hoped someone would do worse than her,&#8221; he said. The remark could have put her in hot water but she remained on the show, Smith said &#8212; and once she reached the final three, he knew she had a good shot at winning it all.

Eva won a $100,000 contract with CoverGirl cosmetics, a fashion spread in Elle magazine and a contract with Ford Models. Smith joked that when one Marine in his unit learned of the modeling contract, he almost got himself into trouble.

The Marine said while his supermodel sister&#8217;s hectic schedule has kept him from talking to her, he&#8217;s proud of her.