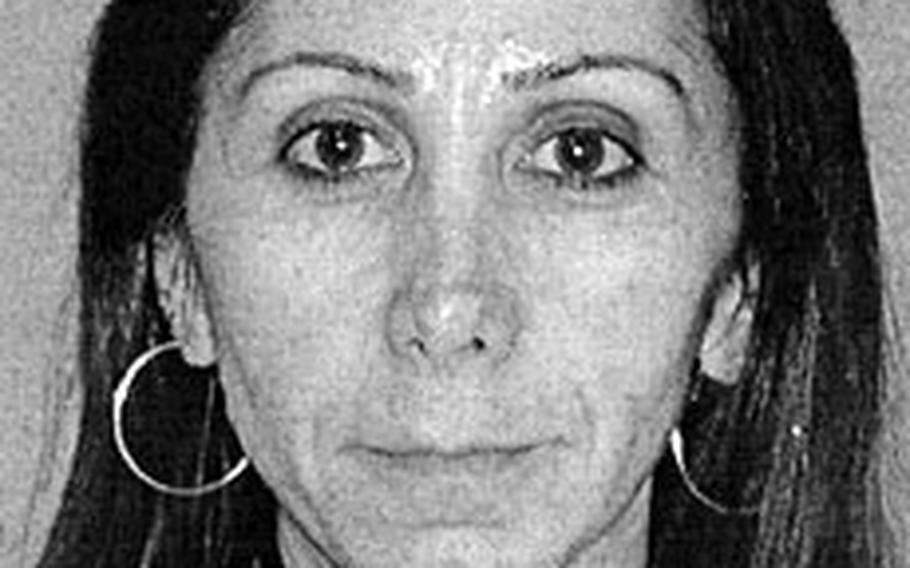 According to the U.S. Justice Department, Capt. Samar Khalil Nabbou Spinelli, 39, formerly of Lebanon, admitted in U.S. District Court for the Eastern District of Michigan that she paid a Detroit-area man in 1990 to marry her so she could stay in the U.S. after her student visa expired and eventually become a citizen.

She also admitted to conspiring with two other Lebanese women to commit citizenship fraud and passport fraud, according to U.S. Attorney Stephen J. Murphy.

Spinelli faced a maximum sentence of five years in prison and a $250,000 fine on the conspiracy charge and 10 years and a $250,000 fine for passport fraud, according to a Justice Department announcement. However, under a plea agreement her sentence will be limited to 6 to 12 months in prison and separation from the Marine Corps, according to Murphy&#8217;s announcement. She also faces deportation.

A date for sentencing has not been set.

According to court documents, Spinelli entered the United States in 1989 on the student visa and resided in Taylor, Mich. She lived with Elfat El Aouar and Nada Nadim Prouty, two other Lebanese women who also were charged in the conspiracy. She then entered into a fraudulent marriage with the brother of a Michigan man who&#8217;d married Prouty.

Neither woman lived with her husband and both divorced the men soon after they obtained U.S. citizenship, according to documents. Prouty went on to become an agent with the FBI and the CIA.

In November, Prouty pleaded guilty in federal court to fraudulently obtaining U.S. citizenship, which she used to become an intelligence agent. She used the position to access a federal computer system to unlawfully query information about herself; the husband of El Aouar, who is a federal fugitive; and the terrorist organization Hezbollah, according to court documents filed in the case.

Spinelli divorced in 1995 after she became a citizen. She joined the Marine Corps on Oct. 7, 1991, and became a commissioned officer on Dec. 19, 1997. U.S. citizenship is a prerequisite to being commissioned.

According to the U.S. attorney handling the cases, Spinelli was in her second tour of combat in Iraq when she was called back to answer the citizenship fraud charges. She was transferred to Okinawa with her current husband, also a Marine captain, and their two children while the investigation proceeded.

Marine officials on Okinawa say no decision has been made whether to charge Spinelli under the Uniform Code of Military Justice.

He said Spinelli is a logistics officer.

Court documents say over the years Spinelli vouched for Prouty to immigration officials and federal employers. Spinelli knew that Prouty committed fraud to become a citizen and was ineligible to work as a federal agent, according to the documents.

&#8220;With so many honest and hard-working immigrants seeking U.S. citizenship, with all the rights and privileges that confers, we cannot permit those who obtain this precious right by fraud to remain unchallenged,&#8221; Murphy is quoted as saying on the U.S. Justice Department Web site.

According to Murphy, others involved in the conspiracy include El Aoura&#8217;s fugitive husband, who was charged last year with tax evasion in a scheme to conceal more than $20 million in cash destined to people in Lebanon with ties with Hezbollah. Spinelli has not been named in that case.