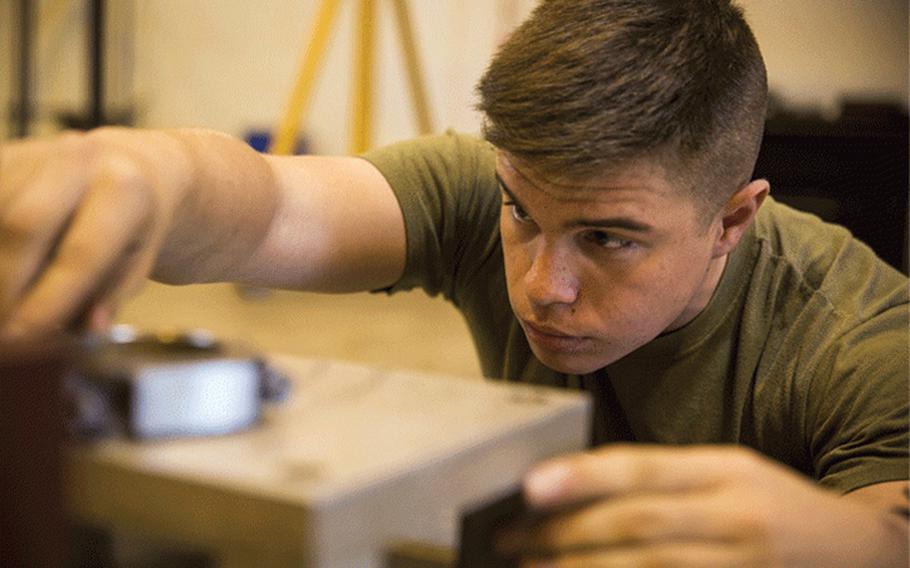 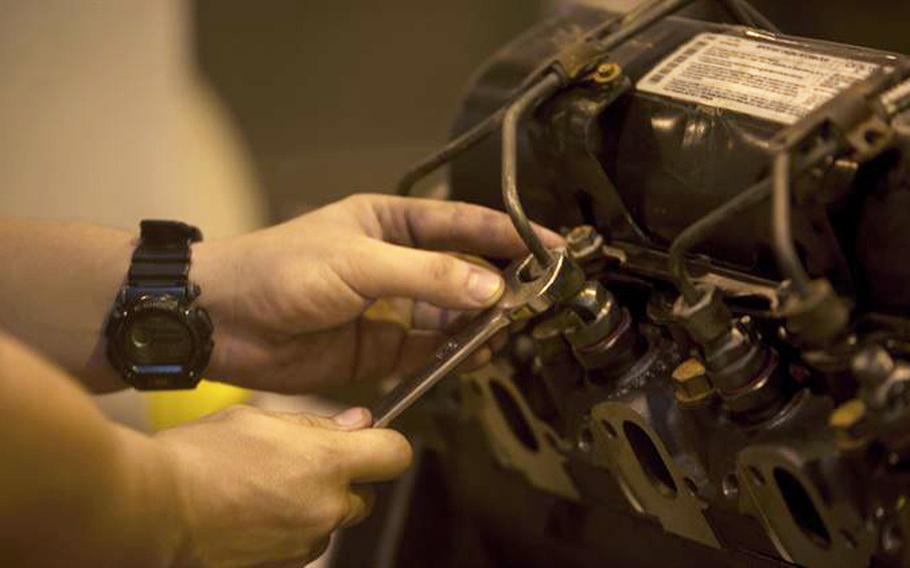 Long is a winner in this year’s Marine Corps Logistics Innovation Challenge. The competition was launched in June by Lt. Gen. Mike Dana, deputy commandant of installations and logistics, with the goal of making advancements in technology and improving capabilities and processes.

Long designed a tear-proof package that slips into a Marine’s flak jacket behind the ceramic plates meant to stop bullets and shrapnel. When ruptured, the package releases a clotting agent and a painkiller to stop the bleeding and numb the pain, combating shock instantly.

“If a Marine goes down in a hot zone, the corpsman can’t get to him. We rely solely on the corpsman unless you can self-treat. The whole idea behind this is immediate first-aid.”

Long’s proposal was among 300 that the Marine Corps received and one of 26 chosen for development. Other winning entries, announced late last year, include adaptable and affordable 3-D printed drones, wrist computers and fractal antenna fabrication.

Long is awaiting orders to go to one of several stateside laboratories — such as the U.S. Army Research Laboratory or the National Security Technology Accelerator — that have volunteered to help develop the ideas.

Long, 20, hails from Moultrie, Ga., and said his family’s military roots go back to Confederate Marines during the Civil War. Growing up, he always knew he would join the Marine Corps after high school.

He said because of his lineage, he is hardwired into the military mindset of “always being in the fight.” The idea for the innovation just came to him — then he talked to his mother, an emergency paramedic, to get it just right. He sketched diagrams of his design, down to the correct mixtures of a clotting agent and a powdered painkiller that has yet to be determined. He said it will have to be a highly sophisticated cocktail of ingredients that is strong enough to treat for shock and weak enough that it doesn’t slow the heart rate.

“I have a lot of family support when it comes to the whole medical side,” he said.

Long hopes the innovation saves lives and turns into the feather in his cap that will allow him to advance and make the Marine Corps a career.

“All my family has served,” he said. “There’s no other place in this world for me than right here doing what I am. I was bred to do Marine Corps things.”

The 3rd Maintenance Battalion leadership says he has become a role model for other Marines.

“Cpl. Long is an outstanding Marine. He’s a go-getter. He likes to lead his Marines and teach them new things — and learn himself,” said Staff Sgt. Jesus Davila Jr. “When he came upon this idea, and I found out about it, I was just amazed that I have a Marine that can go ahead and have these kind of ideas. I’m just really proud of him.”