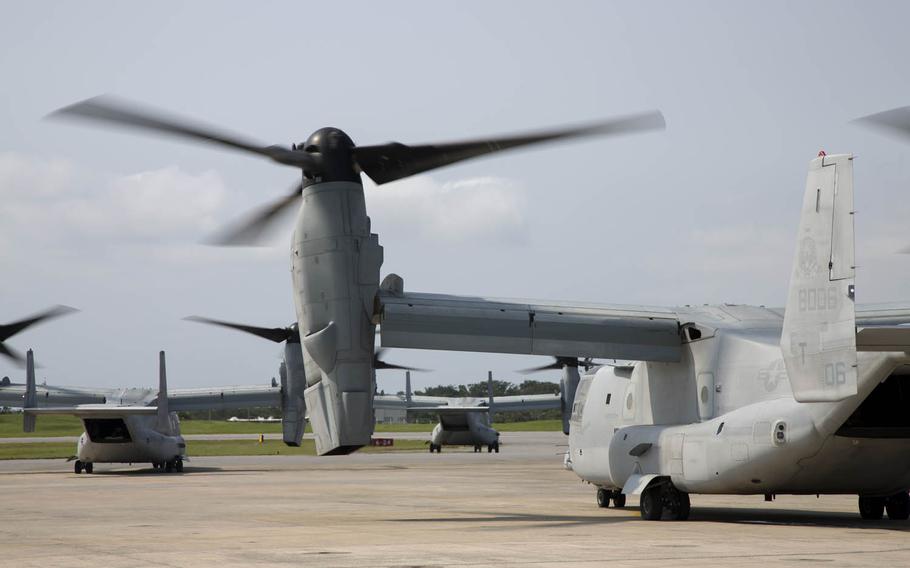 CAMP FOSTER, Okinawa — An Okinawan man who admitted to shining a laser pointer at a U.S. military helicopter was ordered Monday to pay a $4,152 fine, according to Japan’s Kyodo News.

Katsuro Hiraoka, 56, was arrested earlier this month and charged with forcible obstruction of business in the July incident, police told Stars and Stripes. Hiraoka told authorities he aimed a green laser pointer at the Marine Corps aircraft that was carrying four Marines on a nighttime training mission. The helicopter flew over Hiraoka’s Ginowan home near Marine Corps Air Station Futenma, Kyodo reported.

The training was canceled, and the incident — one of five like it reported on Okinawa since July — was condemned by the Japanese government, citing a significant risk to public safety.

“This is an extremely dangerous act, and a malicious act that could cause grave harm to the people living in the vicinity,” Defense Minister Gen Nakatani said earlier this month. “We urge people to stop conducting these acts.”

The Japan Maritime Self-Defense Force has reported approximately 80 cases where lights were beamed at SDF and U.S. military aircraft since 2013, Nakatani said. About 10 of those cases involved SDF aircraft.