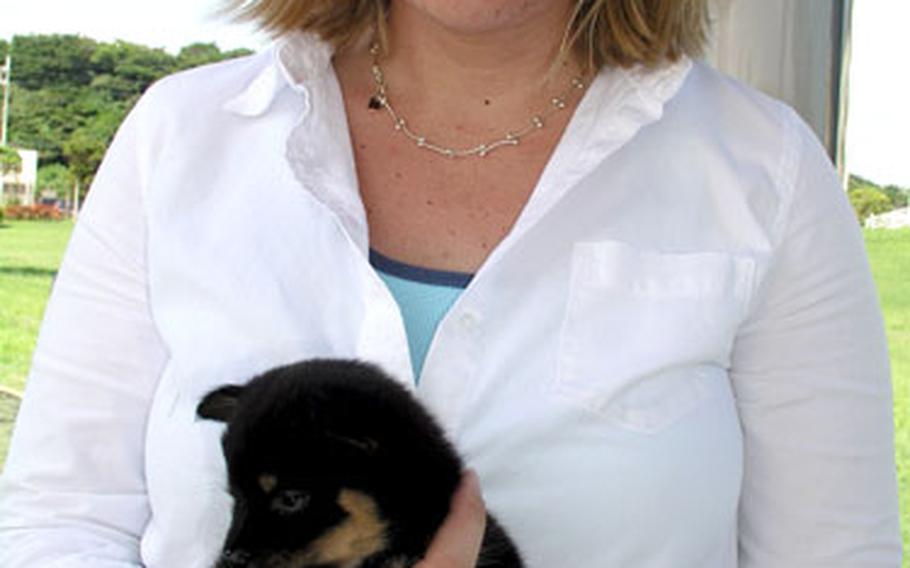 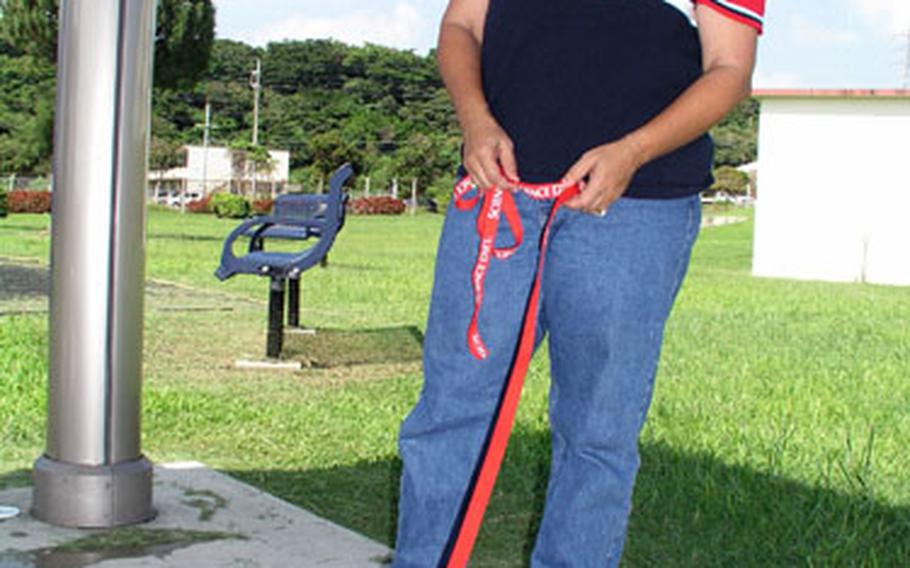 CAMP FOSTER, Okinawa &#8212; A group of Americans is working to find permanent homes on the island for homeless animals, some of which were left by departing military families.

&#8220;There was a need for the organization to be the voice for the animals,&#8221; she said. Sitting next to her was Hot Spar, a playful 2-year-old husky-Shiba mix named after the Uruma City convenience store where he was found.

&#8220;There is an overpopulation of abandoned animals on Okinawa,&#8221; said Rouse, the wife of a retired Marine who works for Marine Corps Community Services.

She said she first realized the size of Okinawa&#8217;s abandoned animal problem when she saw a note on a Camp Foster Library bulletin board from Japanese MCCS employee Hideko Miyahira, seeking blankets and food for homeless animals at local shelters.

Working with Miyahira, who later joined OAARS, Rouse learned a shelter in southern Okinawa was in extremely poor condition. &#8220;There was mud all over,&#8221; she said.

The work she and her husband did to improve the facility inspired her to form OAARS.

The group now has about 60 volunteer members, Rouse said.

Some donate food and pet supplies; others provide foster homes until the animals are adopted.

OAARS, recognized by the Marine Corps as a nonprofit organization, relies solely on donations, Rouse said. Through their rescue activities, members learn of how animals in northwest Okinawa can be mistreated. &#8220;There is a place in Onna,&#8221; said Christine Thomas, OAARS vice president, &#8220;where people just &#8230; tie their dogs to trees and leave them.&#8221;

Thomas said she rescued such a dog, which just had given birth to a litter of puppies, all of them almost starved. She said she found homes for the puppies and adopted the mother herself.

OAARS members rescue some animals just before they&#8217;re to be euthanized at the Okinawa Humane Center, an animal control facility in Ozato.

Miyahira said about 80 percent to 90 percent of animals abandoned on the island once were owned by Okinawan people. But Rouse said some otherwise healthy dogs are dumped there because military families decide taking them back to the States is too much trouble.

Rouse suggested pet owners budget and plan ahead to move their pets with them. &#8220;We will assist any way we can,&#8221; she said, including providing all necessary information. &#8220;People &#8230; need to know the animals they leave behind are destined to be gassed.&#8221;

Dogs and cats are gassed after staying at the humane center for five days. According to Okinawa&#8217;s Pharmaceutics and Public Hygiene Affairs Department, which oversees the center, 7,427 dogs and 5,463 cats were put to sleep in 2004 on Okinawa.

OAARS is campaigning to have the shelter use lethal injections.

Katsu Kawasaki of the prefectural government office said, &#8220;We do not think that gassing is the best way but injections are physically impossible when the number of animals needing to be put to sleep is so large.&#8221;

Dog owners will have an opportunity to paddle with their pooches and take part in competitions from, 2 p.m. to 5 p.m. Oct. 8 in a &#8220;Pet Plunge.&#8221; The Okinawa American Animal Rescue Society, or OAARS, is co-hosting with event with MCCS at Camp Foster&#8217;s Plaza Pool. Pet adoptions also will be available.