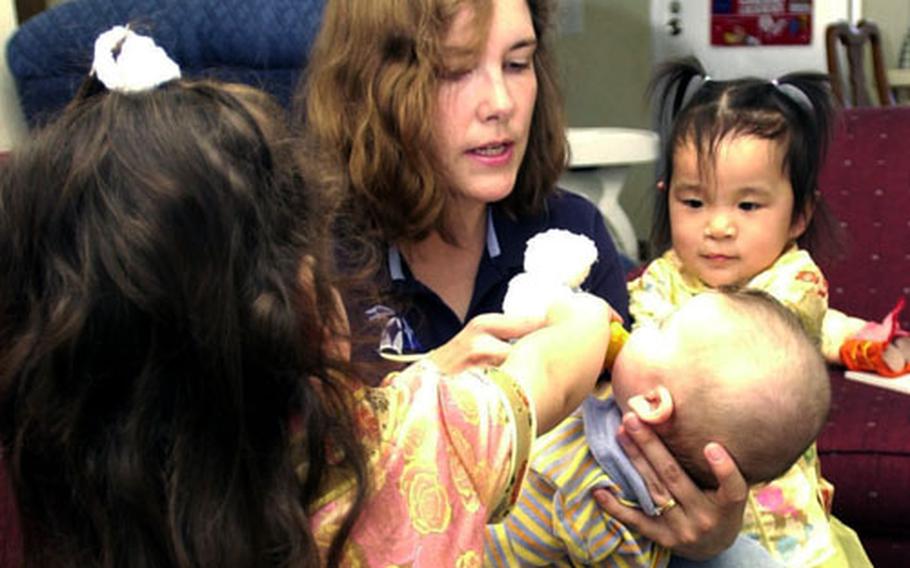 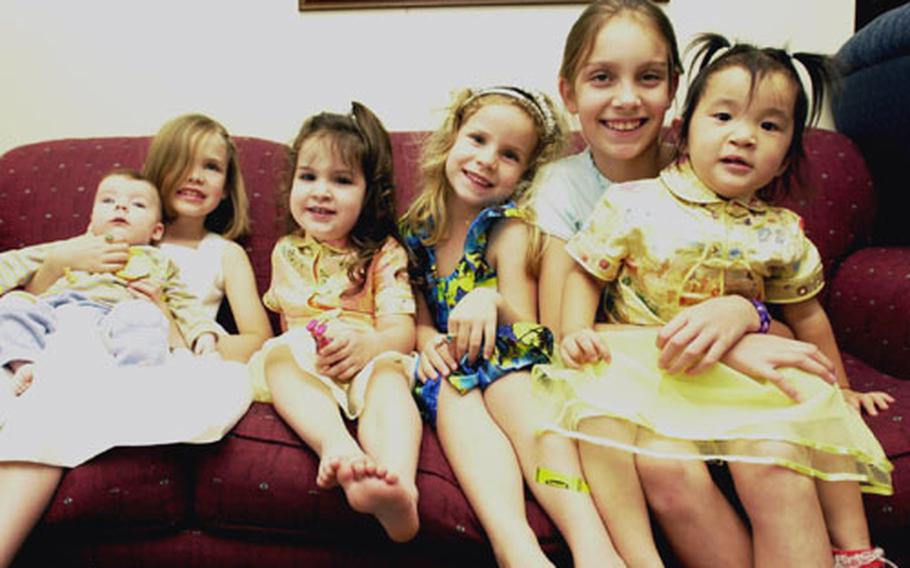 CAMP FOSTER, Okinawa &#8212; Adopting a child in the United States can be difficult, but adopting while stationed overseas adds its own confusion. Throw in an international adoption and almost any prospective parent&#8217;s head could spin.

So to aid those who want to adopt, the Okinawa adoption support group meets about once a quarter and has an online bulletin board where questions and answers can be posted. Its 60 members have adopted, are in the process of adopting or want to learn more about adoption.

The group was launched in 2001 and was kept going by Morena Hockley after the founders returned to the States.

She and her husband, Navy Lt. Andy Hockley, adopted their son Dominic, now 2, from the Republic of Georgia when he was 2 months old. Morena Hockley said they decided to adopt after two years of failed fertility treatments. They were beginning a second adoption when they learned Morena was pregnant. Dominic&#8217;s little brother, Christian, now is 5 months old.

For those considering adoption, Hockley said, the first hurdle to overcome is the expense, which can run from $13,000 to $25,000. Another hurdle for those on Okinawa, she said, is dealing with an international agency. And, as face-to-face meetings aren&#8217;t possible, all communication is through phone, fax or e-mail.

The group tells interested families how to choose a country from which to adopt, how to choose an agency and the different forms needed for the process, Hockley said.

She said she&#8217;s impressed by the number of families on Okinawa who have biological children and still adopt.

Marine Maj. Mike and Tammy Carsten, for instance, already had four daughters when they began the process to adopt a fifth from China &#8212; and then learned another biological child was on the way.

The Carstens had a daughter, Elizabeth, who died when just one day old. Tammy said they were pondering how to honor her when one of their daughters said: &#8220;Let&#8217;s adopt a baby from China.&#8221;

She said they learned of the group from an adoption seminar they attended. It was through the group, she said, that they found the agency they used to adopt Elaina, 2.