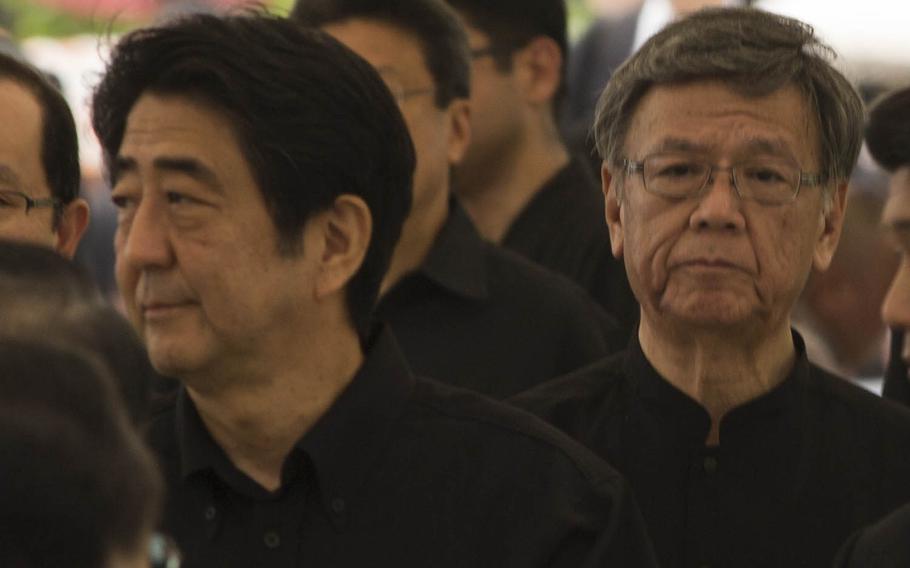 Gov. Takeshi Onaga said he would appeal to the Japanese Supreme Court to overturn Friday’s unanimous decision by the three-judge panel of the Fukuoaka High Court. That would set the stage for a final showdown on the controversial base relocation.

Onaga wants the air station moved off Okinawa. The Japanese central government wants the base moved to a less populated part of the island in an issue which has stalled for 20 years.

"I am astonished by the one-sided ruling,” Onaga said after Friday’s ruling by the Okinawa branch of the Fukuoaka High Court. “The judgment gives far too much power to the central government. It will trigger further protests from the people of Okinawa."

According to attorneys for the prefectural government, the appeal has to be filed within seven days.

He told reporters that the construction at Henoko would remain suspended until all of the litigation had been exhausted.

The Tokyo government sued Onaga in July over he revoked the reclamation permit, which was granted by his predecessor, Hirokazu Nakaima, in December 2013. The permit allows for the landfill of a portion of Oura Bay just offshore from Camp Schwab in Okinawa’s remote north for a new runway to be used by the U.S. military.

The move would then see U.S. forces relocate north from Futenma, which would be shuttered.

The relocation plan can be traced back to 1995 as furor erupted on the tiny island prefecture over the kidnapping and rape of an Okinawa girl by two Marines and a Navy corpsman. Locals demanded that Futenma, which sits in a heavily populated urban area in central Okinawa, be closed because it poses a safety risk. Tokyo and Washington agreed to the move but decided that operations should remain in Okinawa.

The issue ignited a small but vigorous protest movement that has been working to lower the burden of U.S. troops on the island ever since.

Protesters have become emboldened in recent years by crimes perpetrated by U.S. troops and by the 2014 election of Onaga, who was swept into office on promises to halt the relocation and force more American troops off island.