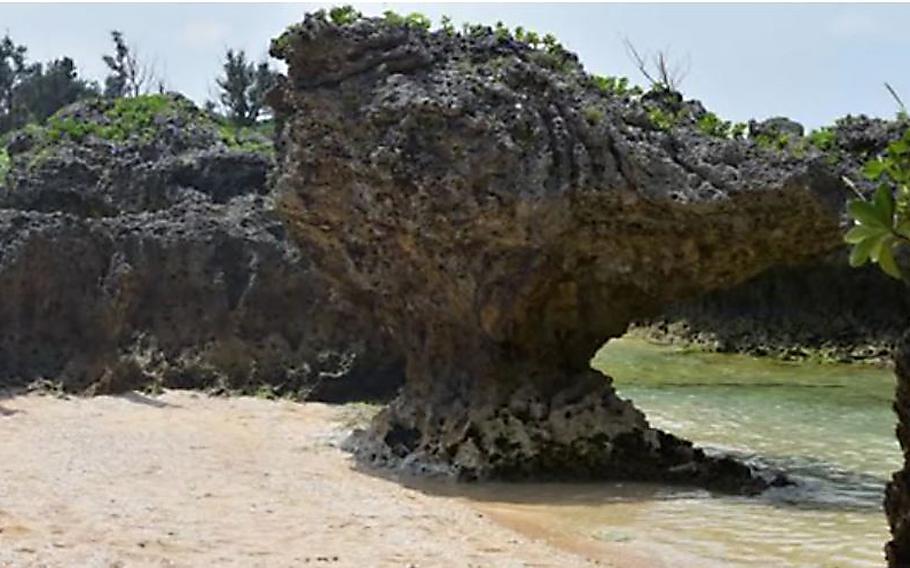 This screenshot from the Maeda Point Administration website shows that stairs providing access to the water are closed Tuesday, Nov. 1, 2016. Two Marines died there over the weekend in separate apparent drowning accidents. (Screenshot from Maeda Point webs)

CAMP FOSTER, Okinawa — The apparent drowning deaths of two Okinawa-based servicemembers in the same area less than a day apart have sparked a four-day ban on water sports for all U.S. military personnel on the island prefecture officials said Tuesday.

Investigations are underway into all three deaths. The water sports ban began Monday.

The next day, Lance Cpl. Sebastian Borja-Diaz, a driver for the 3rd Marine Logistics Group, III Marine Expeditionary Force was pronounced dead nearby about 1:40 p.m., according to a Marine Corps statement and Maeda Point Administration officials.

Access to Maeda Point, which features coastal rock formations and reefs that have become synonymous with Okinawa and diving, was closed over the weekend because of high winds.

“On both days, the sea was not in a condition for any water activities,” said Masahiko Afuso, an official with the Maeda Point Management Office. Afuso said he was at his office, which stands near a stairway to the water at Maeda Point, when the accidents happened.

The stairway was closed both days, he said.

On Saturday, there was a group of Americans — two men and one woman — at the nearby beach, Afuso said. On Sunday, there were four American men at the same beach, he said.

When the site is closed for water activities, signs and banners are put up at the entrance to the parking lot to let visitors know that entering the water is banned, he said.

“Locals know that Maeda Point is not a place for water activities after late September until April,” Afuso said. “They can tell the potential danger by just looking at the water. But those who do not know Okinawan sea conditions well, like American people or tourists, they often go around to a nearby beach to enter the water when the stairway is closed.”

“Before that, it was like a lawless place,” he said. “When north winds start blowing, the sea becomes rough and Maeda Point, Manza-Mo and Zampa Cape, all similar terrain and located by the East China Sea, are not for water activities.”

As of Tuesday, there have been 12 water-related accidents involving 32 Americans covered by SOFA, including eight fatalities, on Okinawa over the past two years.