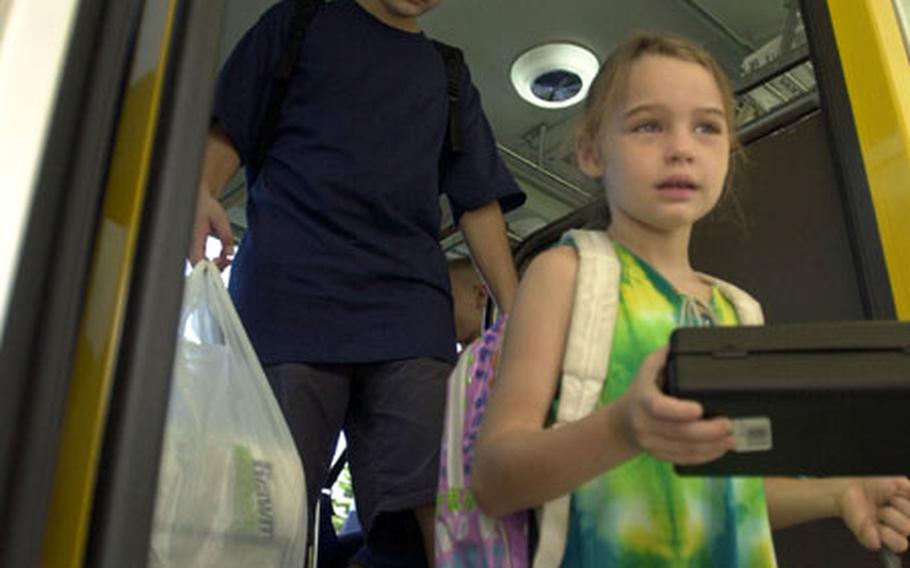 CAMP FOSTER, Okinawa &#8212; Nobody knows exactly how an increase in Marine duty tour lengths will affect Department of Defense Dependents Schools on Okinawa.

But officials say they expect many Marines to opt for accompanied three-year tours on the island, adding about 850 students to local schools.

Schools officials say campuses should be able to accommodate the increase.

The concern over increased enrollment stems from this week&#8217;s Marine Corps announcement that it is changing the length of unaccompanied tours of Marines assigned to Okinawa and Iwakuni Marine Corps Air Station to 24 months, replacing the one-year solo assignments currently offered.

Officials say that rather than live two years without their families, many Marines will opt for three-year tours with wives and children.

During discussions in the past few months, Marine officials focused on schools as the biggest challenge faced by increasing numbers of servicemember dependents.

Marine officials Wednesday would not speculate how many additional dependents would move to Okinawa as a result of the change. But sources involved in ongoing discussions on the matter said the number could grow from 9,700 to at least 12,200 by 2008.

&#8220;The latest information that we have received from Marine Corps Bases Japan is the transition will be phased over 3 to 4 years,&#8221; DODDS Japan spokeswoman Mary Hibbs said Thursday. &#8220;When we receive information about long-term changes in deployment, we are able to make management decisions that ensure our schools are prepared to meet the evolving needs of our military families and communities.&#8221;

&#8220;Okinawa schools can comfortably accommodate approximately 9,500 students,&#8221; she said, adding that a third middle school is scheduled to open in August 2008. That new school would be able to house an additional 1,050 sixth-grade through eighth-grade students.

At Iwakuni, 761 students are enrolled in the base schools, she said.

No new schools are planned for Iwakuni.

Hibbs said DODDS officials don&#8217;t believe they will have a problem continuing to accept students who are in Japan but not covered by the status of forces agreement.

&#8220;As we build up to the additional 850 projected students in the Okinawa District&#8221; because of the new policy, she said, the district will address the space-available enrollment policy as needed.

Hibbs said DODDS works closely with military officials to ensure its schools have adequate space for children of servicemembers posted to Japan. &#8220;We have always worked in collaboration with our service organizations to do whatever we can to accommodate their mission requirements, she said.

&#8220;The sooner we receive transition information from the military, the sooner we can plan and respond.&#8221;

Public Affairs Officer 1st Lt. Al Eskalis said Marines are expected to opt for the longer tours because &#8220;numerous quality-of-life initiatives and better living conditions have occurred in Okinawa and Iwakuni&#8221; over the past 15 years, including &#8220;improved housing and a full range of professional, social, travel, education and recreational opportunities.&#8221;

Also, an increased cost-of-living allowance provided servicemembers accompanied to Okinawa by their families has &#8220;significantly mitigated the financial burdens incurred by living overseas,&#8221; he said. &#8220;Okinawa quality of life is not disparately different, and in some cases better, to what servicemembers and their families experience in the United States.

&#8220;The reputation of Okinawa as a desirable assignment is most evident in the number of Marines and sailors requesting extensions on their overseas tours,&#8221; he added.

And while school officials may plan to review the impact increased student enrollment may have, other officials said commissaries, exchanges, medical and dental clinics, hospitals and recreational facilities are adequate.

Plenty of off-base housing is available, he said.