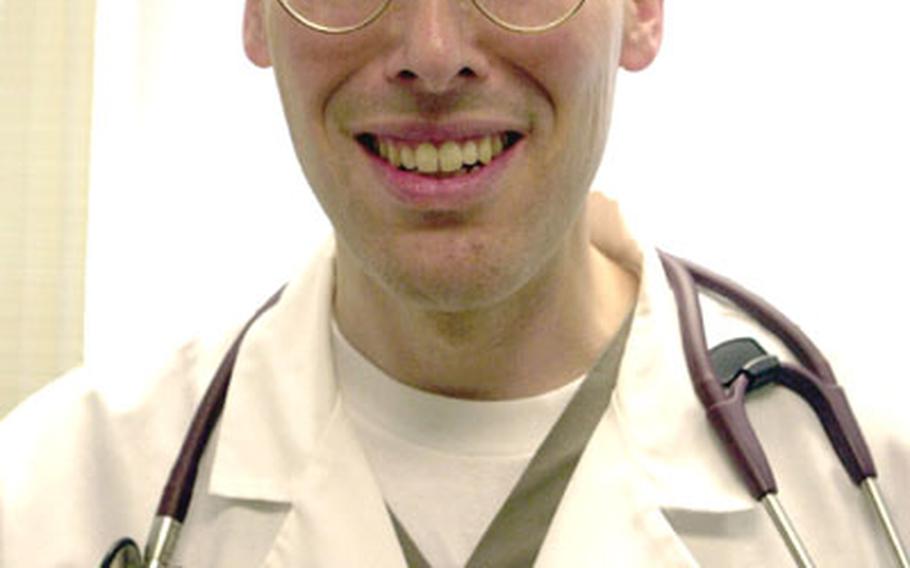 CAMP LESTER, Okinawa &#8212; A U.S. Naval Hospital Okinawa staff member has been recognized as the top internist in the Navy by the American College of Physicians, U.S. Navy Chapter.

He was nominated for the award by the former Director of Medical Services, Capt. Colin Chinn. In his nomination letter, Chinn said Murphy &#8220;single-handedly established a new department and developed new clinical programs that increased clinic productivity by 300 percent, saved the command hundreds of thousands of dollars and improved operational readiness that caught the attention of senior leadership in Navy medicine.&#8221;

Chinn went on to say Murphy is widely regarded as the command&#8217;s best and most knowledgeable physician and always is available to help other doctors any time of day with critically ill patients.

Murphy said he helped design and implement the Pulmonary/Critical Care Unit at the hospital, reducing the average waiting time for asthma treatment from 32 days to one hour.

According to Murphy, that change has saved more than $260,000 and recouped more than 3,213 lost workdays by getting patients back to their units faster.

The clinic has been named a &#8220;Navy Best Business Practice&#8221; and is being recommended as a Navy-wide standard for asthma care, according to Cmdr. David Lasseter, the current director of Medical Services.

Lasseter also said Murphy has an extensive training program, resulting in more staffers with the expertise to recognize and help manage asthma problems.

Murphy said he&#8217;s the first overseas internist to receive the award, which recognizes the most outstanding in the internal medicine or subspecialty at a non-teaching hospital.