Okinawa conference aims to show how the military operates 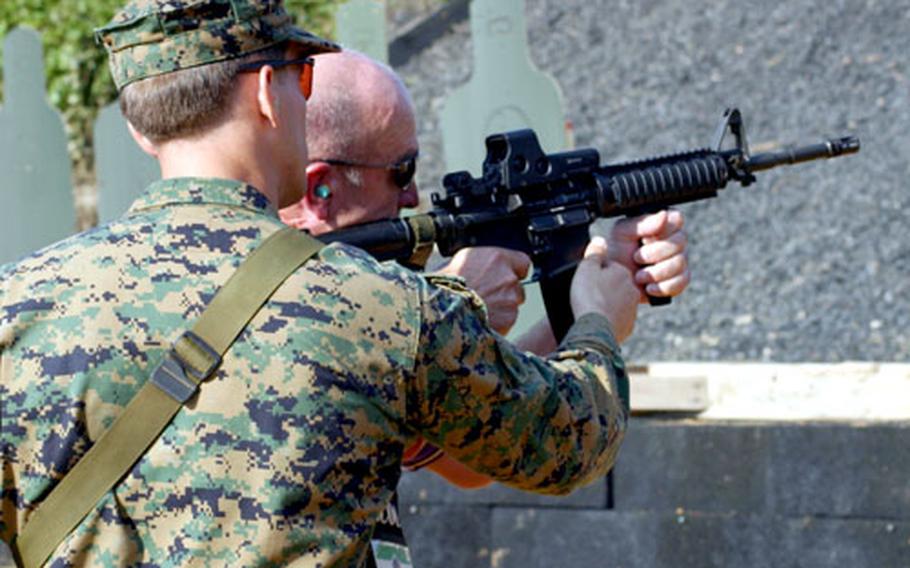 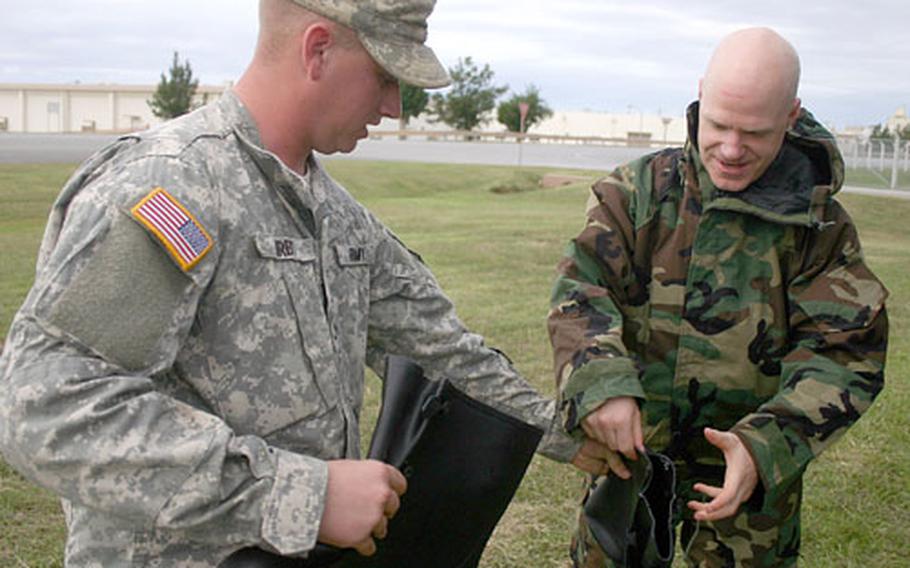 Ann Brown, president of New Vista Image in Golden, Colo., slips and bangs against the wall as she rappels a 65-foot tower Saturday during the Joint Civilian Orientation Conference&#39;s visit to Camp Hansen. Marines with the Special Operations Training Group walked her through the rappeling experience. "I think I rushed a little and that&#39;s why I fell. After that, it was exhilarating," Brown said. (Cindy Fisher / S&S) CAMP HANSEN, Okinawa &#8212; More than 40 business, education and civic leaders from throughout the United States visited bases on Okinawa last week to get a better understanding of the military&#8217;s mission in the Pacific.

The weeklong Joint Civilian Orientation Conference aims to educate civilian leaders about how the military operates and to showcase servicemembers in each branch, conference spokesman Dave Evans said Saturday at Camp Hansen.

The benefit to the military is that they will take that knowledge back home and pass it along to their college students, local newspapers in letters and opinion pieces, and legislators.

The visit was the second time the conference participants have toured units in the Pacific since the program began in 1948, Evans said.

The tour made stops at bases in Hawaii, Guam and the Philippines, and on Friday visitors were at Kadena Air Base to meet soldiers of the 1st Battalion, 1st Air Defense Artillery Regiment.

Saturday, the group headed to Camp Hansen for weapons simulator training, live fire with the M-16A2 rifle and the 9mm pistol and a rappel down a 65-foot tower.

Deborah Colburn, managing director for Oral Health Awareness in Dauphin Island, Ala., said she was impressed by &#8220;the ability of these young people to teach us&#8221; and that &#8220;they also seem to really enjoy and believe in their work.

&#8220;I&#8217;ve also been impressed with the amount of community work the military does,&#8221; she said adding that such efforts don&#8217;t seem to make it into newspapers back home very often.

Pfc. Brandon Irvin, 21, from Montgomery, Ala., appreciated the group&#8217;s interest in what soldiers do as he helped civilians use weapon simulators and shared his recent experiences in Iraq.

&#8220;Not many Americans civilians come out here and it&#8217;s a great feeling to see how much they enjoy&#8221; using the equipment and talking with the Marines, he said.

The group was scheduled to visit Iwo Jima on Saturday afternoon and return to Hawaii to conclude the conference.