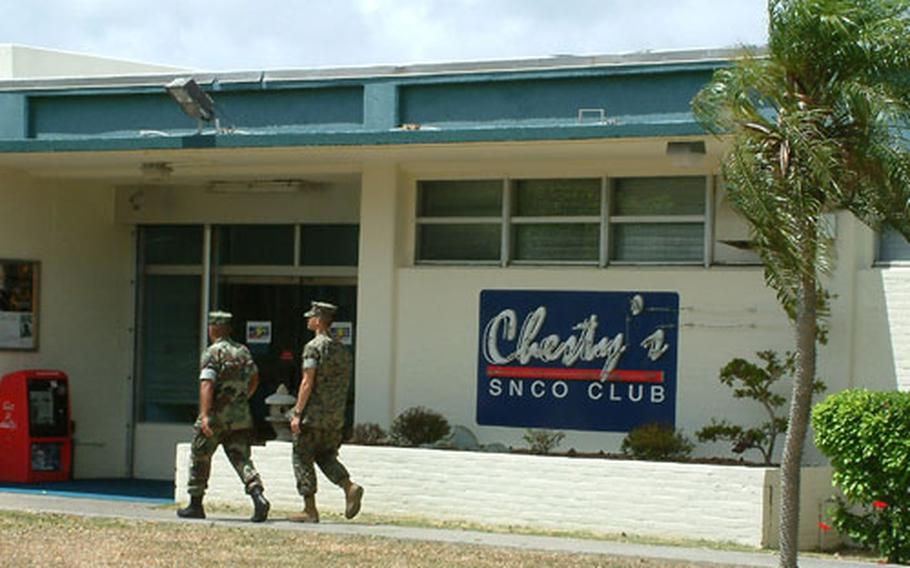 CAMP FOSTER, Okinawa &#8212; A lot of celebrating is going on at clubs at Marine bases on Okinawa this week.

A special awards luncheon is scheduled Monday at WestPac Inn.

&#8220;It&#8217;s uncommon that one organization &#8212; Marine Corps Community Services here on Okinawa &#8212; has had this many clubs being named the best,&#8221; said James Garringer, deputy director of food and beverage services for community services, during a recent telephone interview.

The top ratings in the 2002 Marine Corps Food and Hospitality Excellence Award program went to:

&#8220;There are four categories we are judged by: customer services, financial performance, human resources and operations,&#8221; Garringer said. &#8220;There was a lot of tough competition.&#8221;