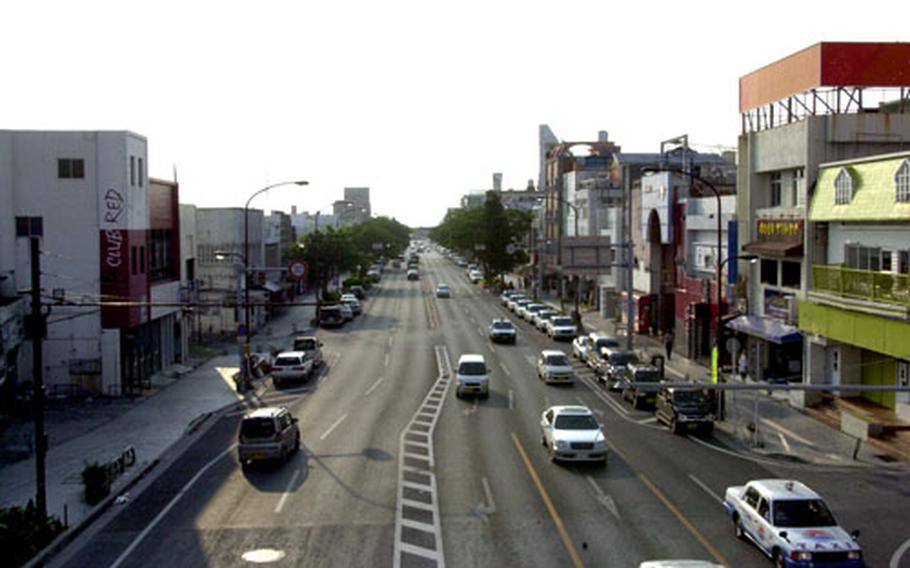 OKINAWA CITY &#8212; Okinawa businesses that rely on the late-night business of American servicemembers are taking the new curfew imposed on Kadena Air Base airmen with an air of reluctant acceptance.

Following a weekend of alcohol-related misbehavior involving Kadena airmen, 18th Wing vice commander Col. Jeff Kennedy, the wing&#8217;s interim commander, imposed a curfew that began Saturday morning. All airmen stationed on Kadena Air Base were placed under a curfew from midnight to 5 a.m.

&#8220;It does hurt our business. No question about it,&#8221; said Yoshio Kuba, director of the Gate 2 Street Business Association. &#8220;But we are not in a position to make any comment on a policy within the military.

Okinawa City Mayor Masakazu Nakasone on Friday said he supported the curfew, hoping it would allay Okinawa City residents&#8217; concerns in hosting the largest U.S. air base in the Western Pacific.

&#8220;In conjunction with the realignment of U.S. forces in Japan, we are in a very sensitive environment,&#8221; Nakasone said. &#8220;Under such circumstances, it is very favorable that the Air Force took such steps.&#8221;

But he, too, was concerned about the curfew&#8217;s effect on the local economy.

&#8220;If the restrictions remain too long, however, it would adversely affect the local economy,&#8221; he said. &#8220;Now that a step has been taken to correct the problem, we hope that the Air Force will move on and the curfew is lifted as early as possible.&#8221;

Ryojin Kuwae, director of the Nakanomachi Entertainment Business Association, also expressed support for a brief curfew, hoping American servicemembers will take it as a lesson to watch their behavior when outside the base.

He said the local businesses will be hurt economically, but most understand the curfew is necessary.

He said most of the businessmen already favored a curfew between 2 and 5 a.m.