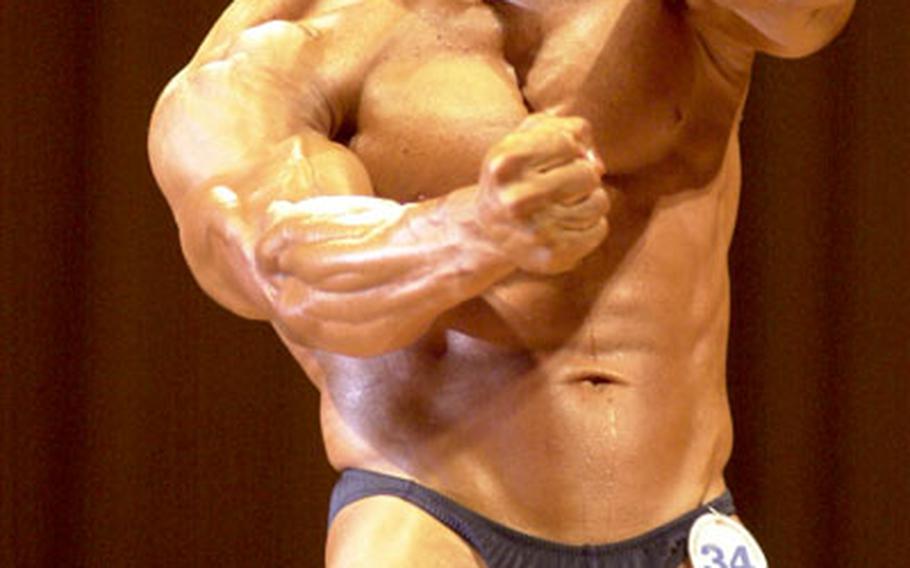 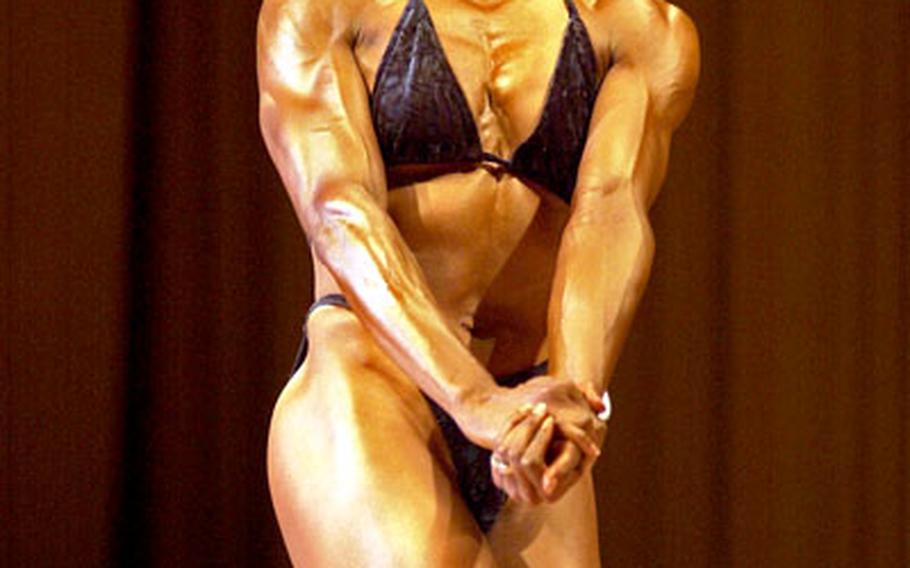 Forty competitors &#8212; 17 Okinawans and the rest Americans &#8212; squared off against one another at the theater here in three women&#8217;s and seven men&#8217;s categories. Trophies were given out to the first- through fifth-place finishers in each category, and samurai swords were awarded to the top male and female bodybuilder.

American women swept all first-place finishes, while Okinawans won three of the men&#8217;s divisions &#8212; the overall champs were split.

For one competitor, getting back on the stage was a victory, let alone winning his division.

Caldwell said that on his 40th birthday in April he weighed 250. At weigh-in for the competition, he was down to a cut 217. He said dieting, and his training regimen of cardio two times a day and weightlifting two times a day, did the job.

After all that dieting and eating bland foods, Caldwell said the first thing on his menu was chicken Caesar salad with Thousand Island dressing.

Kenny Walker, the men&#8217;s middleweight winner, improved what was once his weakness to take top honors this year in his division.

Walker, who is a former Marine, said the best part of his victory was having his 2-year-old son, Daunte, in the crowd.