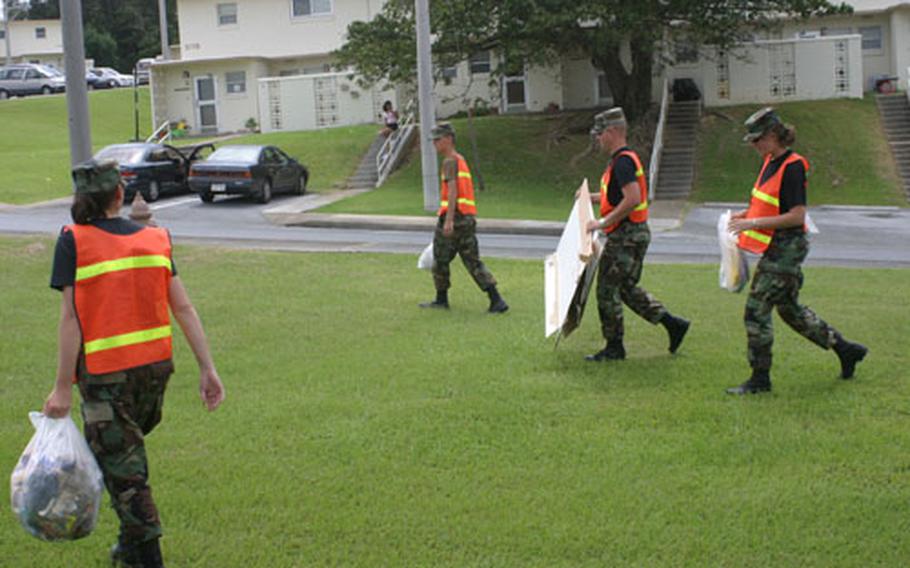 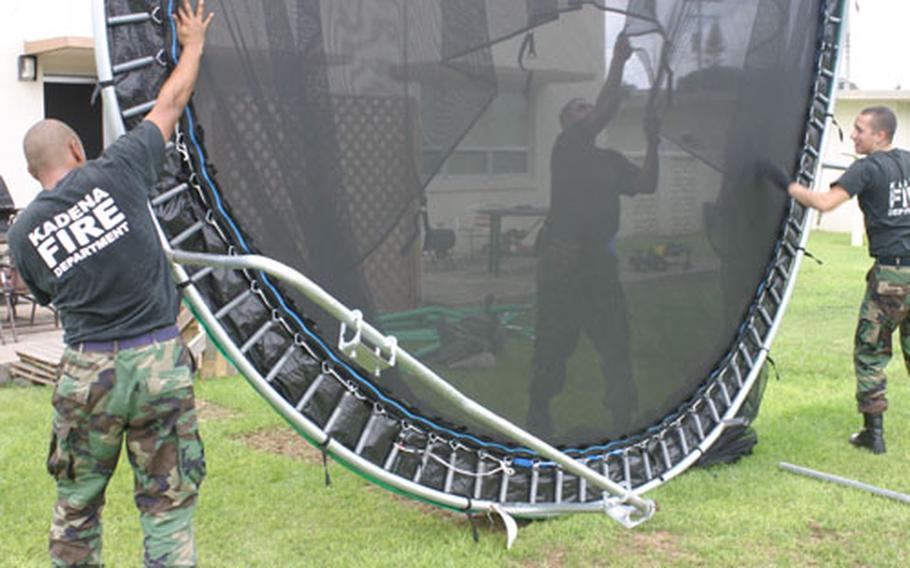 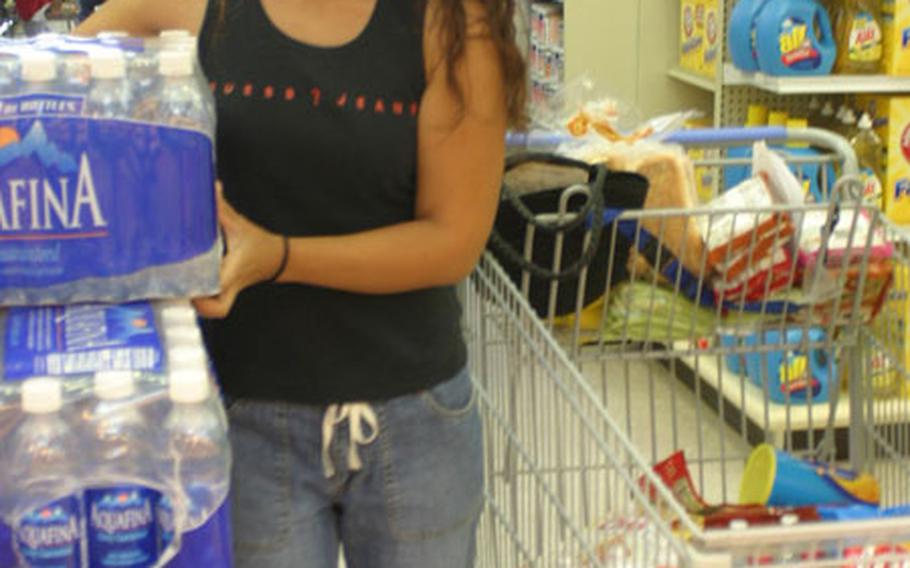 In preparation for the arrival of Super Typhoon Dianmu, Penny Fontana of Camp Lester buys a case of water and groceries for her family of five at the Camp Foster commissary in Okinawa. (Mark Rankin / S&S)

KADENA AIR BASE, Okinawa &#8212; Even as base residents flocked to the commissaries to stock up on extra water and scurried to secure anything high winds could turn into missiles, Typhoon Dianmu began to weaken as it approached Okinawa late Friday.

Dianmu, which means &#8220;Mother of Lightning&#8221; in Chinese, was about 600 miles southeast of Okinawa on Friday evening, with 172 mph winds at the center, gusting to 196 mph. The Joint Typhoon Warning Center in Hawaii reported it was moving to the northwest at 7 mph.

Bases are expected to be locked into TCCOR 1 Caution at 9 p.m. Saturday, said Senior Airman Lyndsey Gibson, a forecaster with Kadena&#8217;s 18th Weather Flight. At that time, all outside activity on the bases will be prohibited.

Sustained winds over Okinawa are predicted to reach 57 mph and linger from 3 a.m. to 11 p.m. Sunday. The strongest gusts are expected to whip up to 86 mph at noon Sunday, according to the Weather Flight.

Base residents were taking no chances that the storm couldn&#8217;t veer closer to the island and gain strength.

&#8220;This is my third typhoon on Okinawa and I&#8217;m grabbing items like batteries, videos, water and a few snacks,&#8221; LaShonda Hendley said as she shopped at the Camp Foster Commissary on Friday afternoon.

A few aisles down, Marine Gunnery Sgt. Mart Buonaugurio loaded up on groceries.

On Kadena Air Base, a crew from the base fire department dismantled trampolines and assisted families of deployed servicemembers in securing outside furniture and other items as the storm approached.

Once the storm passes Okinawa on Sunday, it&#8217;s expected to further weaken as it heads north toward landfall on the island of Kyushu at 3 p.m. Monday. Winds at the storm&#8217;s center then are expected to be 100 mph with gusts as high as 125 mph.

The eye is expected to come within 80 miles of Sasebo by 10 p.m. Monday and within 30 miles of Iwakuni Marine Corps Air Station by 3 a.m. Tuesday, according to the Joint Typhoon Warning Center.