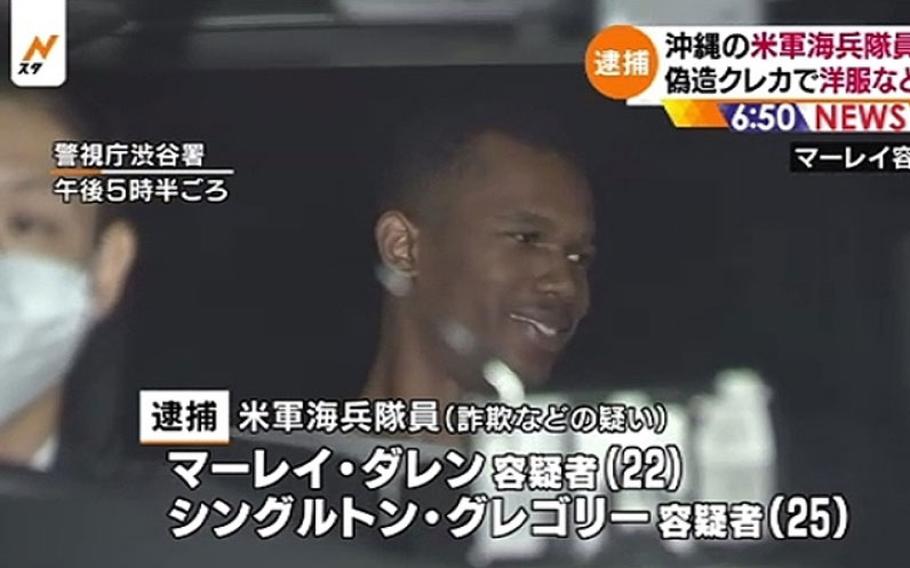 Singleton, 25, and Murray, 22, are suspected of using the fake card on Oct. 29 to buy clothing items valued at $891, said a Tokyo Metropolitan Police spokesman.

The situation came to light on Oct. 29, when a store clerk reported a suspicious belt purchase to police. An investigation raised concerns about five other items, the police spokesman said.

The duo told police that they went to Shibuya and Roppongi to attend Halloween parties, the Mainichi newspaper reported.

The Marine Corps and the Naval Criminal Investigative Service are fully cooperating with the Japanese investigation, Mancilla said.