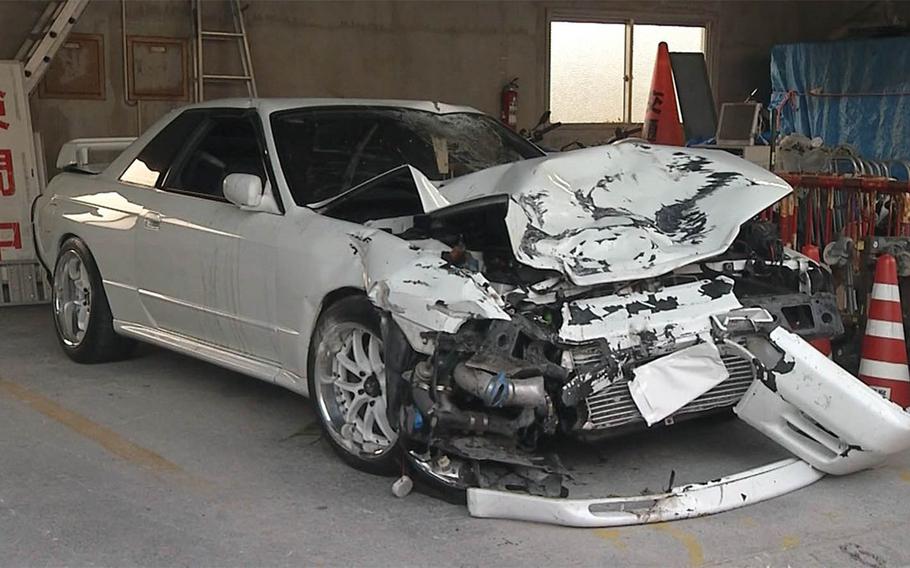 This photo reportedly shows the vehicle driven by a U.S. Marine that collided with a motorcycle, killing its Okinawan driver, Sunday, May 27, 2018. (Courtesy of Twitter)

TOKYO — An Okinawa-based Marine was in Japanese police custody Friday, days after his car collided with a motorcycle, killing its driver.

Cpl. Mauricio Ambriz Camacho, 21, was driving in Nago city at about 2 p.m. on May 27, when he reportedly crossed the center line of a curved roadway and ran head-on into an oncoming motorcycle, a Nago police spokesman said.

The motorcyclist — a 45-year-old Okinawan man — was taken to a hospital but died later of hemorrhagic shock caused by whole-body contusion.