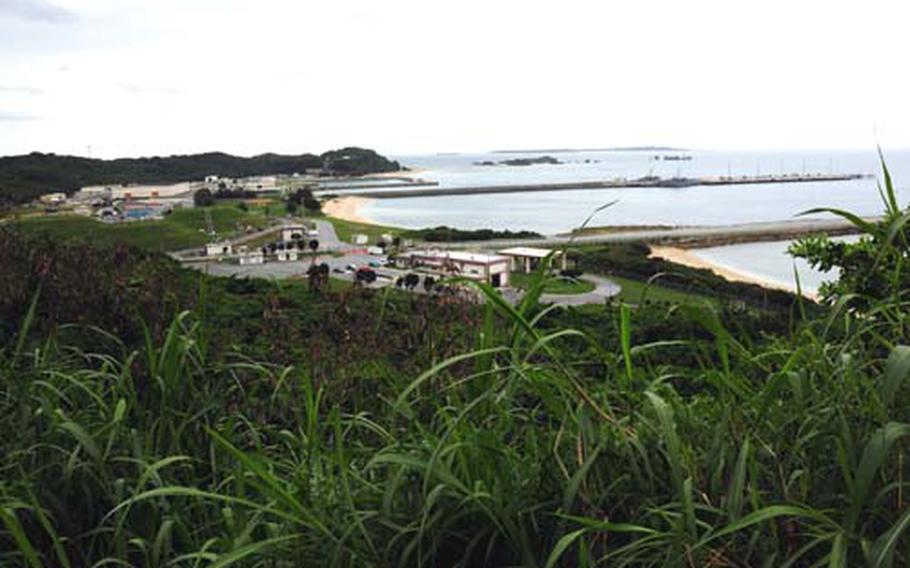 GINOWAN, Okinawa &#8212; With Prime Minister Yukio Hatoyama hinting that he will settle on an Okinawa location for relocating Marine Corps air operations, the prefectural assembly is hoping a show of outrage will deter any such move.

The assembly announced Thursday that it will hold a rally April 25 at a sports complex adjacent to the Yomitan village offices. The site is significant because it is on the grounds of a former U.S. military airfield and near the site of a fatal hit-and-run incident in November that involved a U.S. soldier.

The event is a reaction to concerns that Hatoyama will recommend one of several sites on Okinawa under government consideration for relocating the Marines. He had pledged during last summer&#8217;s Lower House election to review a 2006 agreement with the U.S. to build a new air facility at Camp Schwab and move the air units outside the prefecture.

Hatoyama plans to pick a site by the end of the month and then start negotiations with U.S. officials, who remain adamant that the existing relocation plan is the best option. The prime minister has promised to settle the matter by the end of May.

Organizers of the rally said they hope to attract as many as 100,000 people representing business lobbies, labor organizations and citizens groups.

&#8220;It is to send out the united voice of Okinawa against keeping Futenma air operations on the island,&#8221; said Yonekichi Shinzato, assembly member and secretary-general of the Social Democratic Party&#8217;s Okinawa chapter. The SDP has threatened to leave Hatoyama&#8217;s ruling coalition if an Okinawa site is chosen.

&#8220;What we have been hearing from the Hatoyama government is nothing but their mind-set to relocate the facility within Okinawa,&#8221; Shinzato said. &#8220;That is far from acceptable.&#8221;

According to members of the panel reviewing the alternate sites, the most likely relocation scenarios are to build a new airfield on reclaimed land between the Navy&#8217;s White Beach port and nearby Tsuken Island or construct a large helipad on a more remote landlocked portion of Camp Schwab.