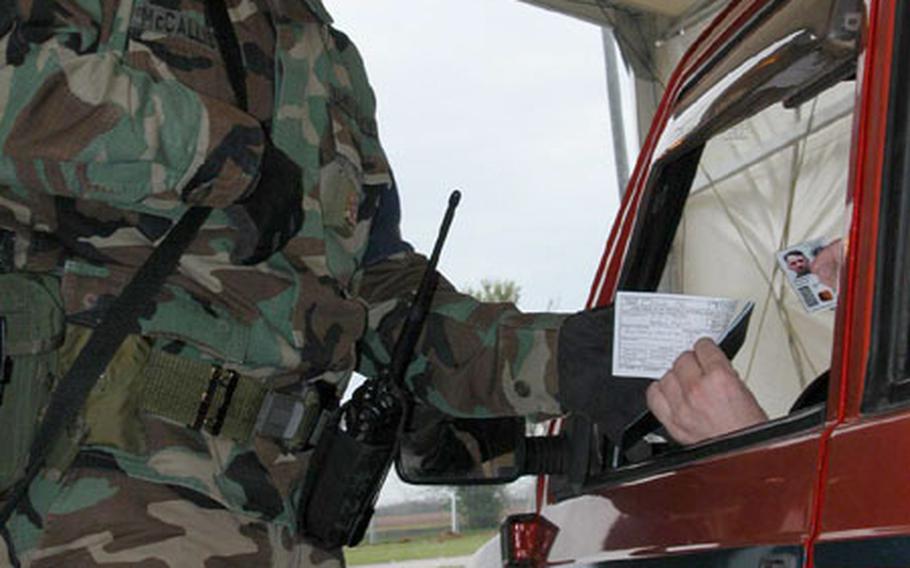 Pfc. Delford McCallister of Canton, Ohio, is part of the Ohio Army National Guard&#39;s 1-134th Field Artillery Battalion that is providing gate security at Aviano Air Base, Italy, and at other bases in Europe. (Charlie Coon / S&S)

Pfc. Delford McCallister of Canton, Ohio, is part of the Ohio Army National Guard&#39;s 1-134th Field Artillery Battalion that is providing gate security at Aviano Air Base, Italy, and at other bases in Europe. (Charlie Coon / S&S) 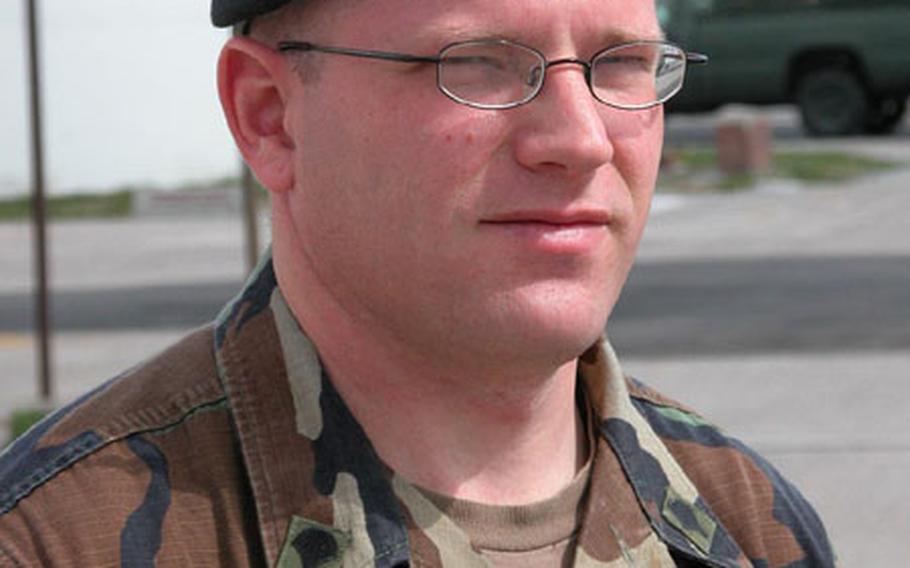 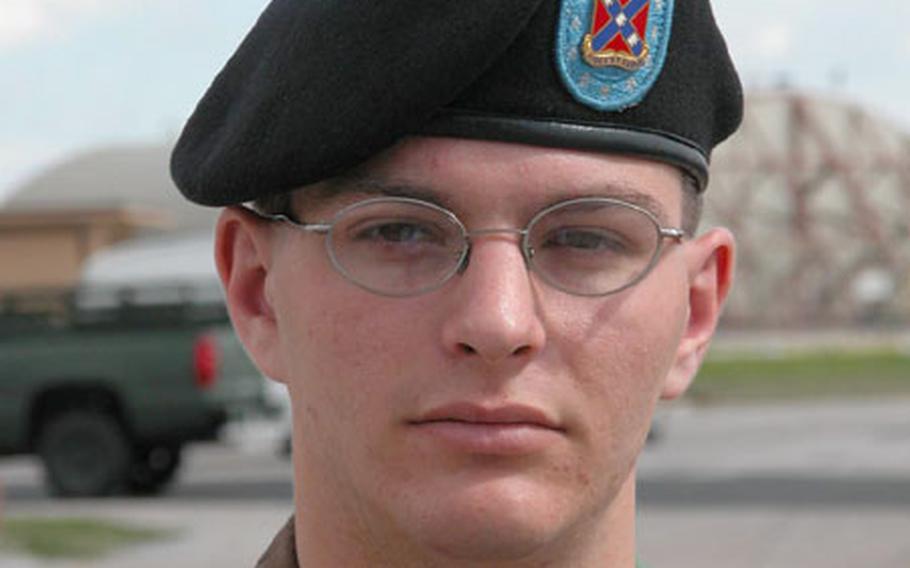 AVIANO AIR BASE, Italy &#8212; When Pfc. Joseph Demczyk joined the Ohio Army National Guard in April 2002, he said it was to earn money for college.

Demczyk and about 460 other Ohio Guard members are the latest to be called to Europe to help guard the gates at U.S. military bases such as Aviano Air Base. Other Ohioans are now on duty in England and throughout the Benelux &#8212; Belgium, Netherlands, Luxembourg &#8212; region. The rotation is the latest to augment security at certain European bases.

Demczyk never had been overseas or on a plane for nine hours. The 19-year-old thought his role in the war on terrorism would be performed stateside.

Could be worse. Demczyk is single and Italy isn&#8217;t Iraq.

Spc. Matthew Locker, on the other hand, has a 10-year-old son, Corey, and a tattoo of Corey on his leg to prove it.

Pfc. Joshua Comm was pulled away from his job as a bartender, server and karaoke operator. Checking IDs at the Aviano gate sounds right up his alley.

First Sgt. William Burger can tell them what it&#8217;s like. He spent 14 years as an active-duty soldier, and knew about missing family and deployments long before receiving his orders to go to Aviano.

He&#8217;s married with an 11-year-old son and 9-year-old daughter and said he gets regular updates on their antics.

His job in Italy is to ensure that his soldiers&#8217; wide-eyed awe is grounded by the reality of their duties. Boots are shined, hats worn correctly.

There&#8217;s to be no smoking and joking at the guard gate. Incoming motorists, who are mostly Air Force personnel, are to be treated with eye-to-eye respect.

Locker said his son, Corey, has a good group of father figures back home, in particular his uncles, who&#8217;ll take the 10-year-old hunting and fishing until Dad gets home.

In the meantime, father and son will send e-mails back and forth and run up the phone bill.