Visitors line up to tour the 6th Air Mobility Wing’s C-130 on display at the Chilean International Air and Space Fair (FIDAE) earlier this month. Military officials said raising awareness of their presence in South and Central America has been a challenge. (Leo Shane III / S&S)

Visitors line up to tour the 6th Air Mobility Wing’s C-130 on display at the Chilean International Air and Space Fair (FIDAE) earlier this month. Military officials said raising awareness of their presence in South and Central America has been a challenge. (Leo Shane III / S&S) 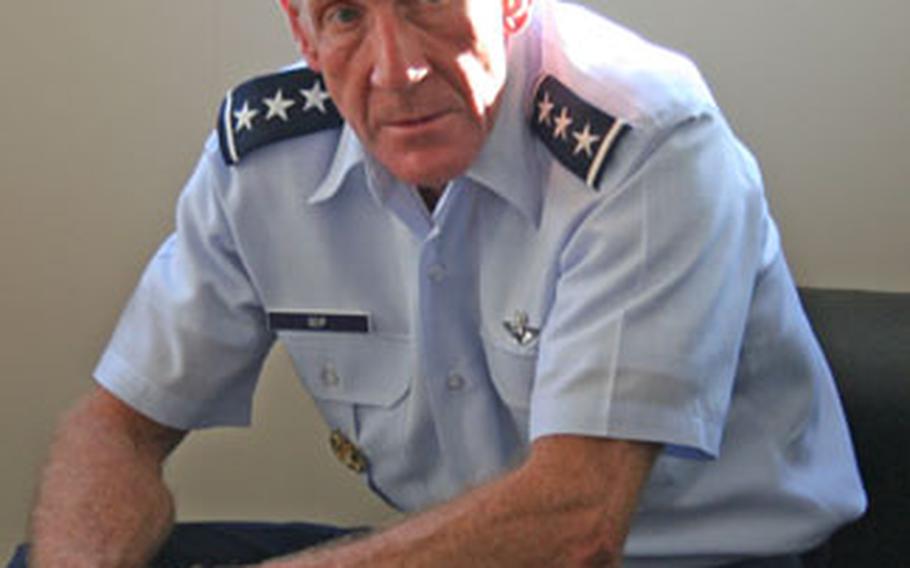 Editor&#39;s note: This is the first in a three-day series on the U.S. Southern Command. Click here to see video of American and Chilean pararescuemen jumping.

MIAMI &#8212; Three U.S. contractors have been held hostage in Colombia for more than five years. Even in the military, few people know much about their story.

&#8220;When [Air Force major] Jill Metzger went missing, it was the top news story throughout America for days,&#8221; said Col. Jim Russell, Air Forces Southern director of operations. &#8220;But there has been no attention whatsoever to these three.

Officials at U.S. Southern Command say they worry the relative anonymity of their mission &#8212; at least compared to operations in Iraq and Afghanistan &#8212; leaves most Americans uninformed about the U.S. mission and presence in their nearest neighboring continent.

In addition, Army Col. Jorge Matos, deputy director for the command&#8217;s strategy and security, said the United States and countries in the region face threats from terrorist groups like the Revolutionary Armed Forces of Colombia, commonly known as FARC.

That group, which is holding the missing U.S. contractors, is the 40-year-old military wing of the Colombian Communist Party, and government officials there last month claimed they found evidence its members have been working to obtain radioactive material for a dirty bomb.

&#8220;If you go back to the &#8217;70s, the anti-American sentiment has been in waves. U.S. involvement in some of those countries has been questionable. But right now, I believe the opinion is more favorable, especially in countries like Chile and Brazil.&#8221;

Today the U.S. has more than 5,000 troops positioned throughout the continent, with nearly 1,300 U.S. based forces regularly rotating through those regions.

The biggest permanent presence is the 2,000-plus force at Guantanamo Bay Naval Base in Cuba, with its well-known military detention facility.

Another 500-man semi-permanent security and humanitarian response force sits at Soto Cano Air Base in Honduras, and a slightly smaller force performs training and counternarcotics work in Colombia.

The command has positioned 200-person security and counternarcotics crews in Ecuador, El Salvador and Aruba.

Matos said SOUTHCOM officials also have 25 other security cooperation offices inside U.S. embassies throughout the continent, each with 10 to 20 troops.

Col. J.B. Smith, head of the U.S. cooperation office in Chile, said most of his work entails coordinating training, humanitarian and stability activities for those countries.

&#8220;More than 2,000 troops moved back and forth from the United States and Chile last year,&#8221; he said. &#8220;I think people would be surprised by the breadth and scope of our war college exchanges, technical training and other activities.&#8221;

In fact, officials say they&#8217;d like to see more interaction and more U.S. presence in the region.

Russell said he&#8217;d like to see troops drawing down from Iraq reassigned to SOUTHCOM missions.

The CSAR Demo presentation in this video took place at Quintero AFB, Chile, during the NEWEN training exercise earlier this month.