Officials: USFK buildings are built to code or upgraded 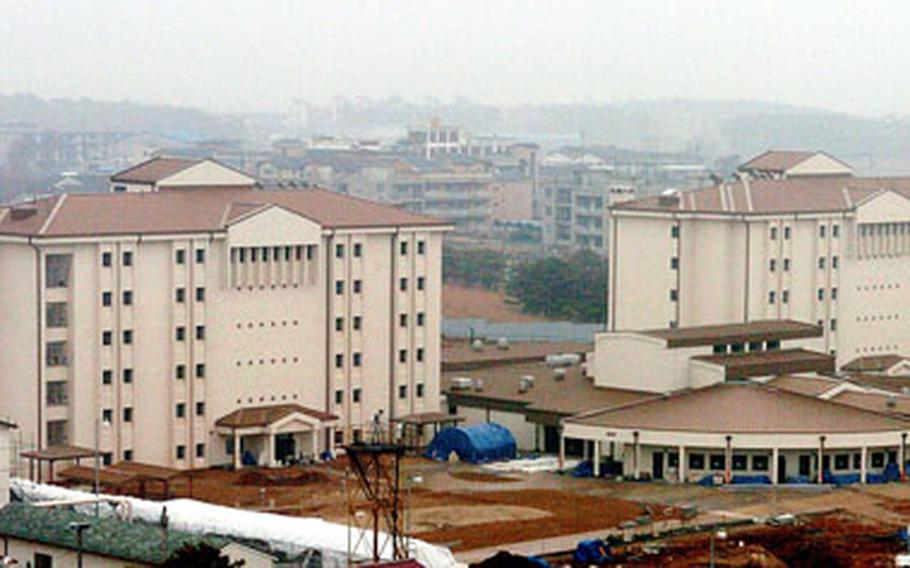 SEOUL &#8212; Most U.S. Forces Korea buildings should fare well if earthquakes follow historical trends, according to officials from the Army Corps of Engineers&#8217; Far East Division.

Since the 1960s, U.S. Forces Korea has designed and built new structures using various versions of what now are known as the International Building Code and the Unified Facilities Criteria, officials said.

Buildings that have undergone 50 percent or greater renovations &#8220;should have been upgraded to the latest codes at the time of the upgrade,&#8221; Far East Division public affairs officials said in an e-mail response to a Stars and Stripes query.

The code instructs builders to examine the soil&#8217;s propensity to transmit seismic waves, the building&#8217;s occupancy and historical data when building in earthquake-prone areas.

USFK&#8217;s structures are built with shear wall, along with vertical and horizontal bracing to guard against damage, public affairs officials said. USFK buildings are then anchored to a foundation system, which based on historical data should at a minimum prevent total collapse.

Buildings such as the fire station and the hospital are designed for &#8220;immediate occupancy&#8221; during and after an earthquake, officials said. Military buildings in Japan erected in the Tokyo area since 1981 are built to withstand a 7.0-magnitude earthquake, Army Corps of Engineers officials told Stars and Stripes in a 2003 interview.

Far East District officials in South Korea declined to provide a magnitude number that USFK buildings can withstand. The Richter scale measures ground motion at the earthquakes epicenter, they said.

&#8220;The same magnitude Richter scale earthquake can affect the building structure in different ways depending on its travel distance and the medium it travels through,&#8221; officials wrote.