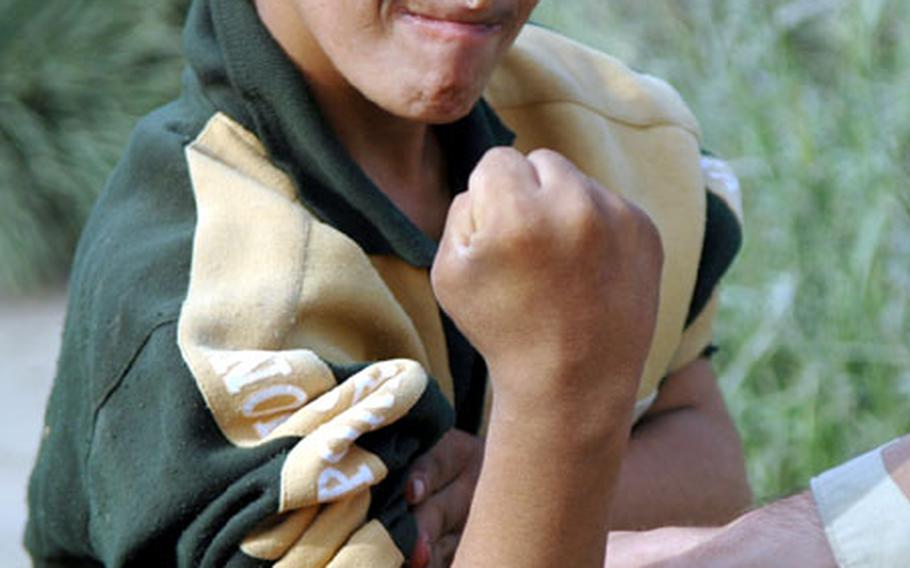 This schoolboy at Tabi said he could guard his school — a polling place for Saturday&#39;s referendum — all by himself. (Anita Powell / S&S)

This schoolboy at Tabi said he could guard his school — a polling place for Saturday&#39;s referendum — all by himself. (Anita Powell / S&S) 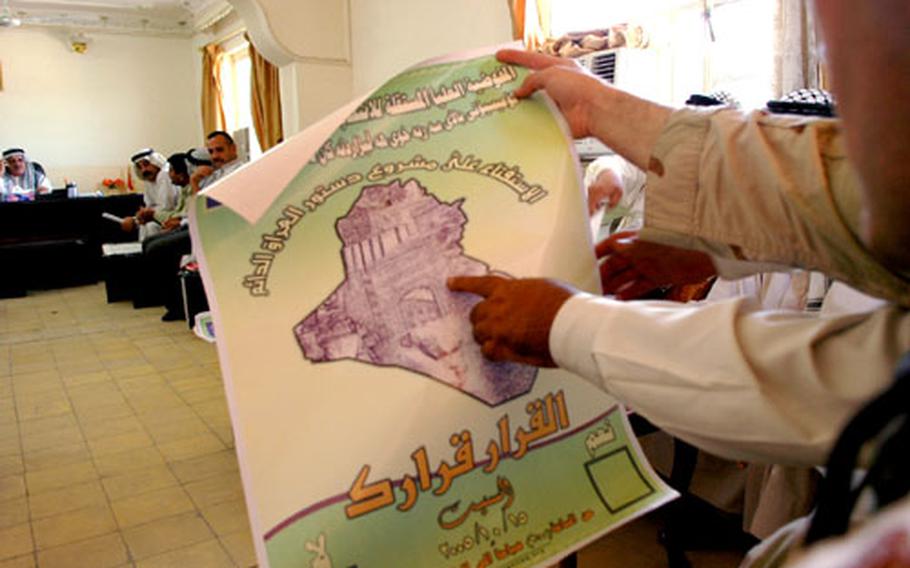 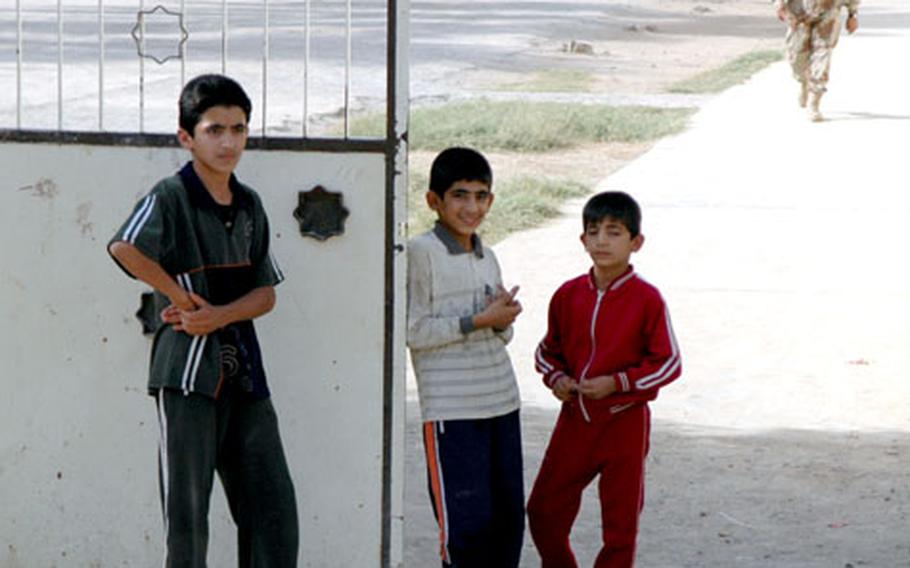 Schoolboys in Tabi "guard" their school, which will be an election site. The boys said they were happy about the election, because school had been cancelled the day prior to the vote. (Anita Powell / S&S)

TARMIYAH, Iraq &#8212; There&#8217;s only one sure thing about Saturday&#8217;s national constitutional referendum, say a majority of local leaders in this Sunni-dominated region northwest of Baghdad: In this area, the Sunni majority will reject the measure.

Beyond that, U.S. and Iraqi officials offer varying predictions for the vote, one that many leaders &#8212; American and Iraqi &#8212; say could be a turning point for Iraq.

U.S. Army officials at Camp Taji, the closest installation to the region, say they predict an upswing in violent activity around election day, regardless of the result.

Over the last week, Army officials have beefed up security, set up concrete barriers around polling places, closed off some roads to traffic and worked with Iraqi officials as they guard the region&#8217;s seven polling places.

Battalion operations officer Maj. Andy Boston said he hopes the threat will be diminished by the fact that U.S. forces plan to entrust Iraqi forces with security at polling sites.

Iraqi officials, however, appear to be more sanguine about the event, for which they expect a robust turnout.

&#8220;It&#8217;s going to be a quiet election,&#8221; Tarmiyah city official Sheik Saaed Jasim said through a translator during a meeting with battalion leaders.

During that 1&#189;-hour meeting, two bombs, one suspected bomb and two small-arms attacks were reported in the vicinity.

Iraqi Army officials also hope the vote will be a peaceful one.

&#8220;No accident will happen because all the people are happy about this referendum,&#8221; said Iraqi Army Capt. Moyed Gabbar Jasim, a Baghdad native who will be among the Iraqi soldiers guarding a polling site in Tabi, a small village west of Tarmiyah.

Jasim, who declined to say whether he was Sunni or Shia &#8212; &#8220;We have one God, one prophet, one Quran,&#8221; he said in English &#8212; said he intended to vote in favor of the constitution because of a recent revision that will allow it to be changed in the future.

However, Tabi resident Hussan Mohamed, who said he was a Sunni, said he will vote against the measure because he feels it is aimed against Sunnis.

Those thoughts were echoed by Tarmiyah city official Jamell Fluah, also a Sunni.

However, Fluah, whose job as a city official obliges him to be a neutral observer at a polling center on election day, said he will leave the decision to the area&#8217;s voters. As part of his duties, he will plaster his area with gaily colored posters encouraging people to vote. At a sheiks&#8217; meeting Thursday, Fluah examined one such poster, distributed by the Independent Electoral Committee of Iraq.