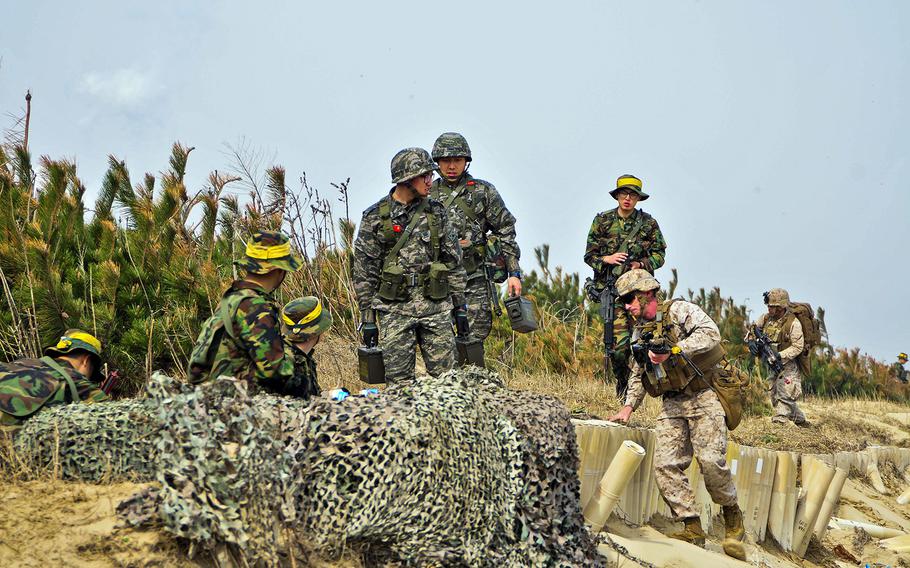 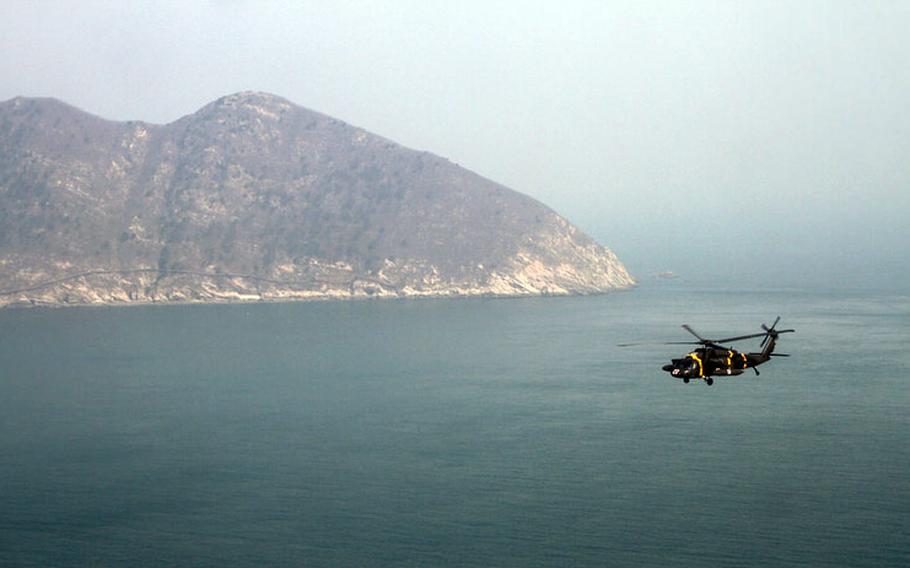 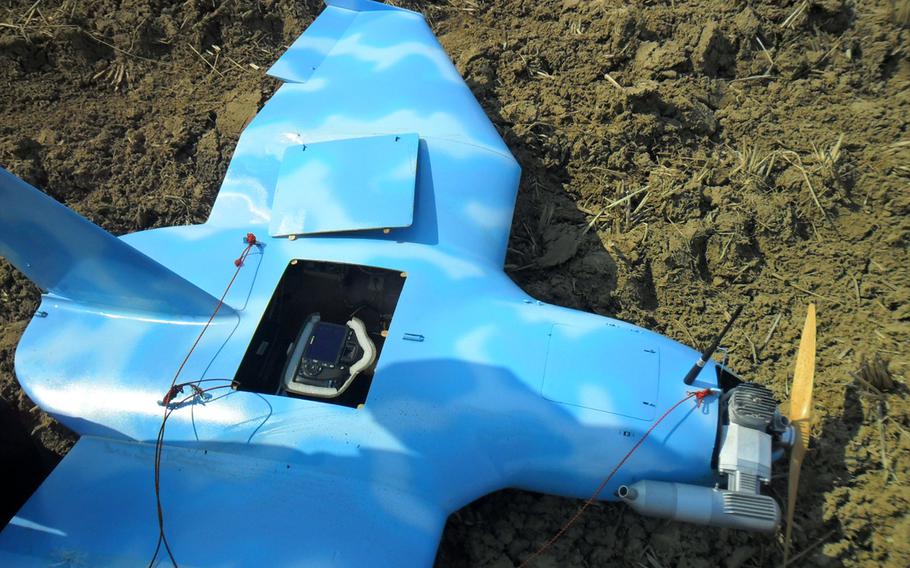 SEOUL — Defense officials are trying to determine the origin of two drones found on South Korean territory in the past week, including one that fell on a South Korean border island Monday during an exchange of artillery fire with North Korea.

One unmanned aircraft was found on March 24 near Paju, a city near the Demilitarized Zone. The second was found around 4 p.m. Monday on Baengnyeong Island, about 10 miles from North Korea and just south of the maritime border between the two countries.

The discovery of the unmanned surveillance vehicle came about half an hour after Monday’s three-hour barrage of shelling.

During the exchange, North Korea fired approximately 500 shells, 100 of which fell into waters south of the Northern Limit Line, the disputed maritime border between the two Koreas. South Korea responded by firing 300 shells. None of the shells hit land on either side, according to reports.

The drone found Monday was outfitted with a small camera, had a Japanese engine and Chinese components, Kim said. It was similar in design to the one found a week earlier.

The Yonhap News Agency reported that military and intelligence officials have disassembled the drone to identify who flew it near the border, looking into possibilities of Pyongyang’s involvement.

In August 2010, Pyongyang fired about 110 artillery shells near the NLL and flew a drone to conduct reconnaissance missions near border islands later in that day. The North is thought to have developed unmanned aerial vehicles based on China’s D-4 and deployed them near front-line troops to monitor the South Korean military, according to the Yonhap report.

In a press briefing Monday, Kim described Monday’s shelling as a planned provocation meant to test the South’s willingness to use military force to defend the Northern Limit Line.

U.S. and South Korea upgraded the alert level of their forces after the incident, he said.

U.S. Forces Korea said in a statement Tuesday that the command is “carefully monitoring the situation” and remains in close consultation with its allies.

“We remain vigilant and are fully committed to working with the Republic of Korea to maintain security on the peninsula,” the statement said.

The North’s actions are thought to be in response to ongoing U.S.-South Korean military exercises. The drills — which include almost 10,000 U.S. servicemembers and 4,500 South Korean troops — began in February and will end April 18.

Secretary of Defense Chuck Hagel said during a press briefing in Washington, D.C., Monday that he had been briefed on the artillery exchange by USFK commander Gen. Curtis Scaparrotti.

“The provocation that the North Koreans have, once again, engaged in, is dangerous and … it needs to stop,” Hagel said.

The border islands have been the site of deadly North Korean attacks in recent years, including the November 2010 shelling of Yeonpyeong Island, which left six people dead. Forty-six South Korean sailors were killed earlier that year when North Korea torpedoed a warship off the coast of Baengnyeong Island, though Pyongyang has denied involvement in the attack.

On Monday, residents of the five border islands were evacuated to shelters but were allowed to return home later that day.

Baengnyeong resident Park Junchel said residents weren’t surprised by the artillery exchange because a loudspeaker system began announcing around 9 a.m. that North Korea might fire weapons as part of a military exercise. The announcement warned them to stay away from the coastline.

He said most residents, used to living in close proximity to the North, weren’t worried by Monday’s confrontation. Nor did they care about the discovery of the drone, he said.

He blamed the media for exaggerating the significance of Monday’s artillery exchange, and even complained about the number of shells fired by the South Korean military, saying they were an unnecessary expense.

“What a waste of the people’s money,” he said.