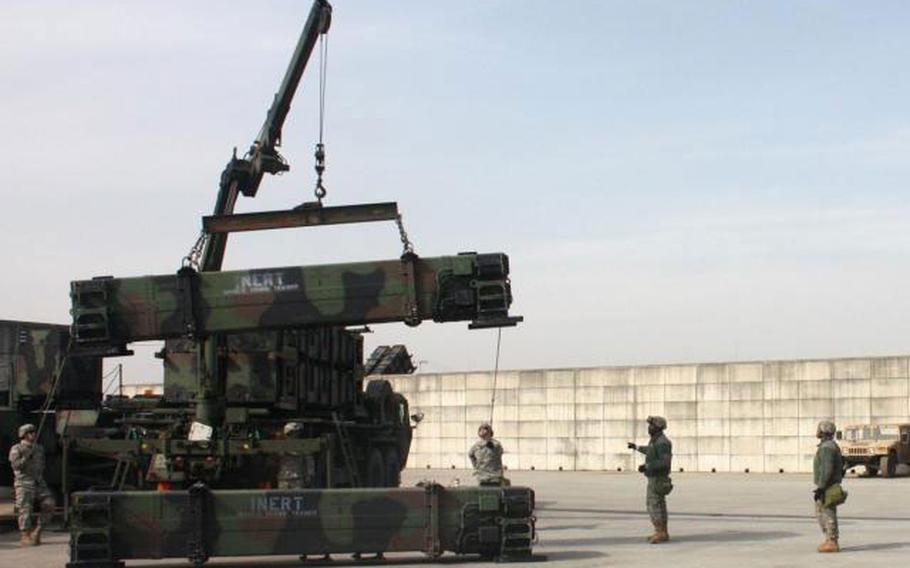 SEOUL, South Korea — U.S. military officials have yet to determine where a Patriot missile battery will be stationed after its current site, a South Korean air base, closes.

Suwon Air Base, roughly 20 miles south of Seoul, will be relocated following noise and damage complaints and a formal request from the local government, South Korea’s Ministry of National Defense recently announced.

Four batteries with the U.S. 35th Air Defense Artillery Brigade are stationed there along with South Korea’s 10th Fighter Wing. A U.S. airman from the 607th Materiel Maintenance Squadron is also permanently stationed at Suwon.

The base’s relocation, which could take a decade, is projected to cost $6.3 million, South Korea’s Yonhap News Agency has reported. The defense ministry said the search for a new site will begin soon. No particular sites are under consideration for the relocation of the base or the U.S. forces stationed there, an MND spokesman said.

U.S. Forces Korea said last week it had nothing to announce regarding the movement of U.S. equipment and personnel from Suwon.