Officials high on Guam’s future as Valiant Shield wraps up 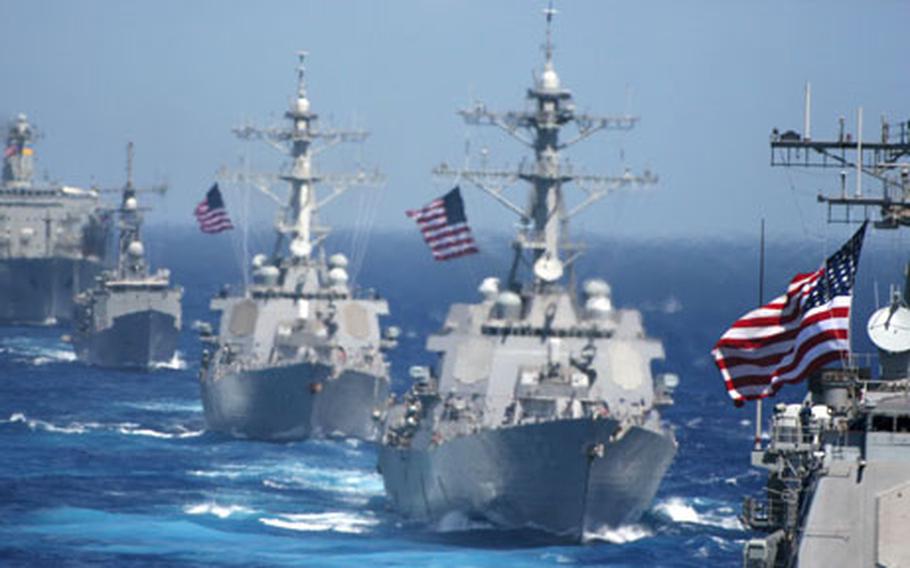 The USS Cowpens, foreground, is followed by the USS Lassen, USS John S. McCain, USS Vandegrift and USNS Tippecanoe during a photo exercise to kick off Exercise Valiant Shield 2006 in the Pacific Ocean on Sunday. (U.S. Navy / AP)

The USS Cowpens, foreground, is followed by the USS Lassen, USS John S. McCain, USS Vandegrift and USNS Tippecanoe during a photo exercise to kick off Exercise Valiant Shield 2006 in the Pacific Ocean on Sunday. (U.S. Navy / AP) 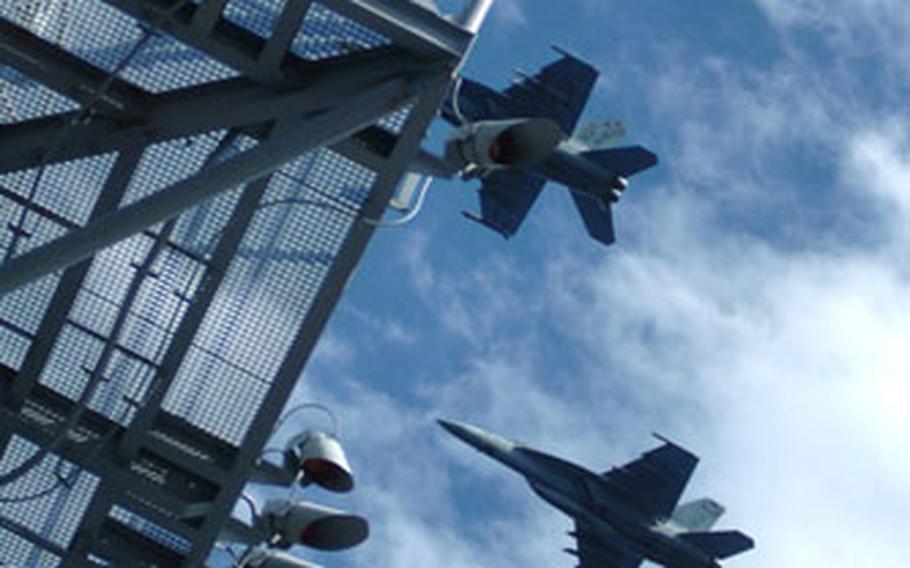 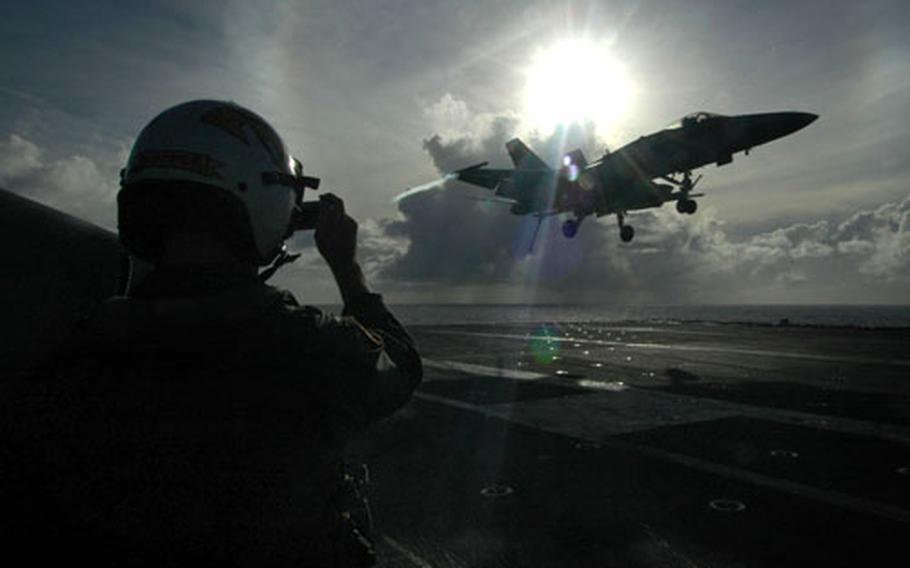 A pilot takes a photo of a Super Hornet on Thursday as it prepares to land on the flight deck of the USS Kitty Hawk during Exercise Valiant Shield. (U.S. Navy / AP) 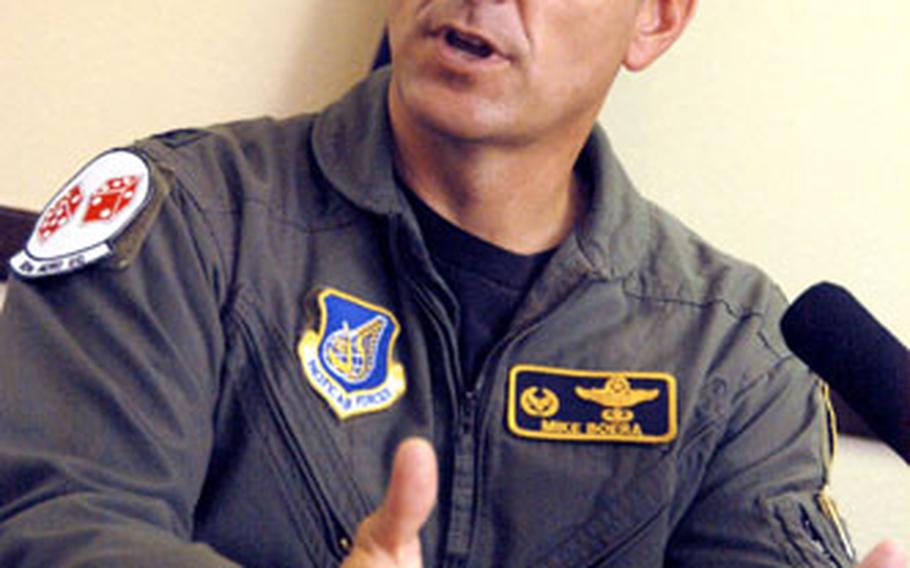 Andersen Air Force Base on Guam is “no longer the Sleepy Hollow base of yesteryear,” Col. Michael Boera said Wednesday, discussing military build-up on the U.S. territory during Valiant Shield. (Allison Batdorff / S&S)

ANDERSEN AIR FORCE BASE, Guam &#8212; U.S. military officials sang Guam&#8217;s praises during the weeklong Valiant Shield exercise that wrapped up Friday, with several speaking of the military&#8217;s future plans for the Air Force on the island.

&#8220;Guam continues to grow in importance,&#8221; said Lt. Gen. David Deptula from Valiant Shield&#8217;s air command post in Hawaii. &#8220;Our geo-strategic position allows us to position forces to respond to any international event.&#8221;

He said Valiant Shield wasn&#8217;t prompted by China and North Korea, which the Pentagon has identified as the two primary threats in the region. During the course of the week, a group of Chinese delegates observed the exercise on an aircraft carrier and two Yokosuka, Japan-based Aegis-missile destroyers &#8212; the USS Curtis Wilbur and USS Fitzgerald &#8212; left Valiant Shield to stand by in waters outside North Korea, which U.S. officials have said appears to be preparing a long-range missile for launch.

Planned military build-up likely will have a profound effect on Andersen Air Force Base, said Col. Michael Boera, who commands the 36th Air Expeditionary Wing. The 8,500-person base community likely will jump by up to 3,000 in the next few years, he said.

But with growth will come challenges, Boera cautioned. He said he&#8217;s waiting to see how the plans will affect the infrastructure of the island, which, at about 208.5 square miles is just three times the size of Washington, D.C.

Most local people want the Air Force build-up, expecting it will inject $700 million to $1 billion into the local economy, he said. But two anti-militarization groups also are gathering signatures online asking the United Nations to stop the development, according to the Marianas Variety newspaper.

Still, basing Pacific air operations out of Guam is cheaper than flying from Japan, Korea or the continental United States, he said.

The Marine Corps also is planning to relocate 8,000 servicmembers plus families and civilian support workers from Okinawa to Guam, starting in 2008, at a build-up cost projected at $10 billion.

The Navy, too, has announced forthcoming additions to include more submarines.

Projects in the works