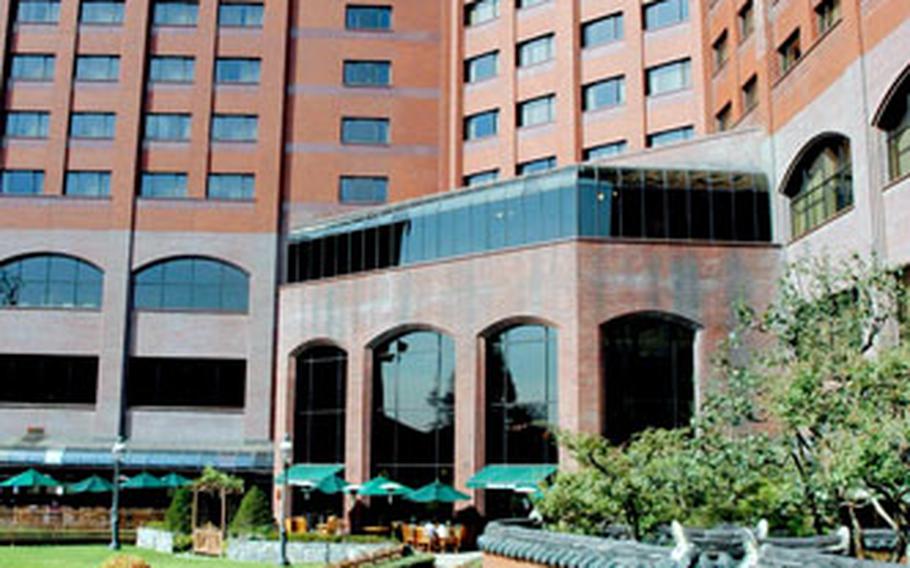 The Dragon Hill Lodge opened in 1990 and in 2000 added a second tower of hotel rooms. In the last fiscal year, it earned 27 percent in profits, which go toward construction and renovation projects at the Army’s four resort centers worldwide. (Teri Weaver / S&S)

The Dragon Hill Lodge opened in 1990 and in 2000 added a second tower of hotel rooms. In the last fiscal year, it earned 27 percent in profits, which go toward construction and renovation projects at the Army’s four resort centers worldwide. (Teri Weaver / S&S) 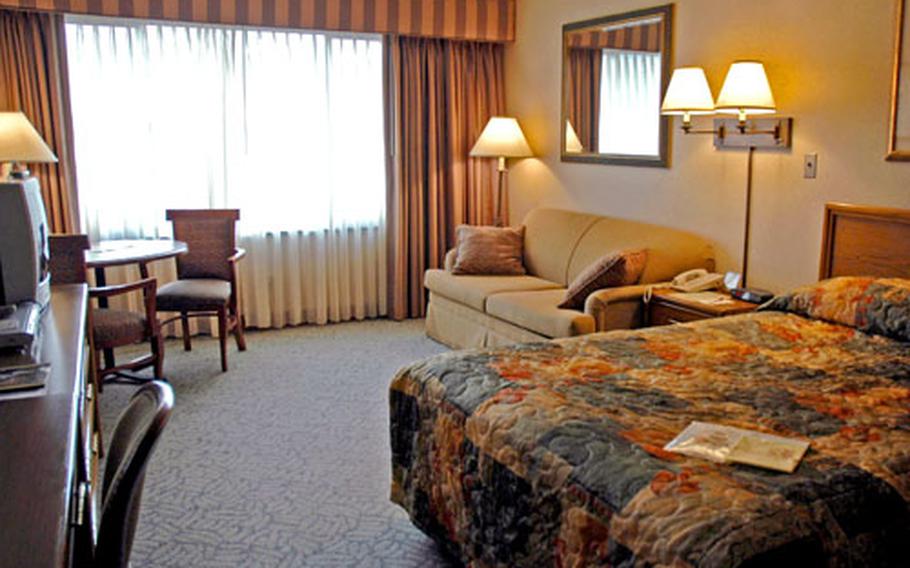 This standard room at the Dragon Hill Lodge ranges in price from $55 to $213 a night, depending on the customer’s military rank and traveling status. (Teri Weaver / S&S) 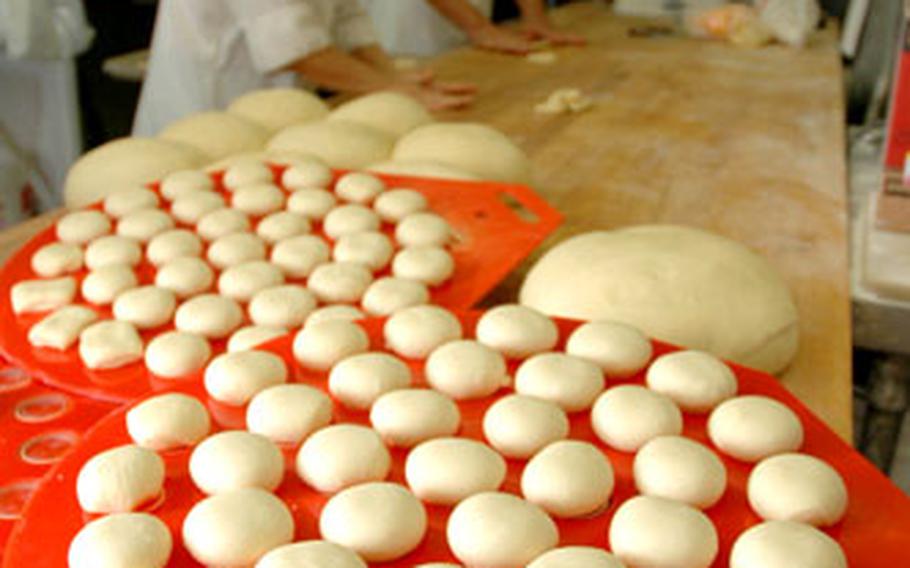 To save money and combat lengthy shipping time, the Dragon Hill makes much of its food — including breads, ice cream, ground hamburger — by hand. The main kitchen produces, on average, 500 rolls and 800 doughnuts daily. (Teri Weaver / S&S)

YONGSAN GARRISON, South Korea &#8212; Standard hotel rooms at The New Sanno hotel in Tokyo and the Dragon Hill Lodge in Seoul look much the same.

Both are in modern, well-adorned hotels that feature multiple restaurants, beauty salons, room service, shops and indoor swimming pools. Rooms at both come with a double bed, a sleeper sofa, television, DVD player and mini-fridge.

The Sanno, run by the Navy, is $63 a night for a military business traveler, while the Dragon Hill charges $213 &#8212; more than three times as much.

Sorting out the price difference, hotel officials say, involves fluid financial pressures that range from international agreements to exchange rates to meat deliveries. It also involves the Dragon&#8217;s unique role in the Army&#8217;s resort system, according to officials who oversee the Armed Forces Recreation Centers.

Last year, the Dragon turned a 27 percent profit, according to Richard Gorman, the former general manager who was promoted this spring to be chief operating officer for the U.S. Army&#8217;s Community and Family Support Center.

That profit, which the Army officially calls &#8220;net income,&#8221; represents 42 percent of the profits in the overall budget for all four Armed Forces Recreation Centers, according to Gorman.

Profits from the Dragon are lumped together with those from the Army&#8217;s three other resorts worldwide: the Shades of Green in Orlando, Fla.; the Hale Koa in Honolulu; and the Edelweiss in Garmisch, Germany. Thus, they share costs, especially when one of the resorts is under construction or in renovations, according to Gorman.

The Hale Koa, for instance, is amid a five-part renovation plan that will close a quarter of its hotel rooms for the next year, Gorman said. The Dragon added a $1 million children&#8217;s park in past years and this fall is spending $1.3 million on roof repairs, he said.

Much of the profit, however, comes from the higher rates charged to business travelers, officials at the Dragon say. That amount &#8212; nearly $12 million of the $44 million collected in receipts during the last fiscal year &#8212; goes back into the Army&#8217;s three other resort hotels to help pay for renovations and to keep prices down for servicemembers there, Gorman said.

Gorman now directs finances at the Army&#8217;s four resorts worldwide. None receive money from the Pentagon to stay afloat, other than utility costs in South Korea, Gorman said. With the exception of major renovations, which are covered by loans, the hotels&#8217; room and food sales pay to wash the sheets and meet payroll, he said.

Still, the Dragon is unique among them. To make ends meet, Gorman said, it&#8217;s the only hotel in the Army&#8217;s chain that relies on temporary-duty and other official travel rates, which range from $144.95 to $273 a night and are paid with government money.

Off-base hotels near Yongsan Garrison range from $100 to $300 a night, according to a quick survey last week. But military travelers often are charged $223 a night, the maximum allowable government reimbursement rate for Seoul.

All told, 64 percent of the Dragon&#8217;s room business comes from official business travel.

Even so, the Dragon increasingly has been selling more of the cheaper, vacation room nights than the official travel ones in recent years, Gorman said. Before the hotel opened its second room tower in 2000, about 80 percent of its guests paid official travel rates.

Gorman knows the Dragon&#8217;s business rates can&#8217;t always compete with those at The New Sanno. That&#8217;s mainly because the Tokyo facility operates under a special agreement in which the Japanese government pays the salaries of Japanese workers, according to Charles Cavill, the Sanno&#8217;s director.

Gorman, a former chief warrant officer who has worked for the military for 38 years, says he feels the Dragon competes fairly with the market in Seoul.

Even among its sister hotels, the temporary duty rates at the Dragon are nearly twice as costly. But the military&#8217;s hotel reimbursement rates match the math.

For example, Edelweiss in Garmisch, Germany, charges $109 a night to its business travelers. The military&#8217;s allowable reimbursement for a hotel stay in that city is $123.