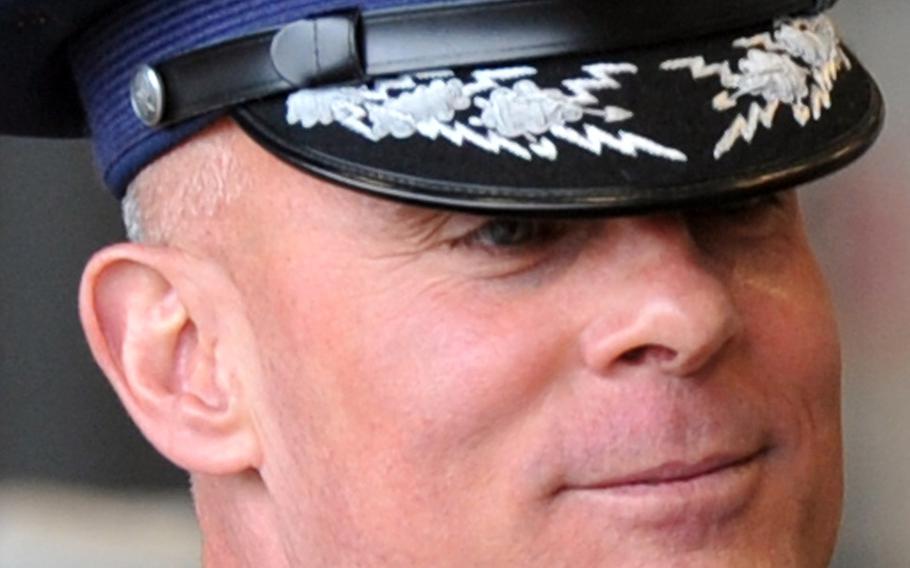 The Air Force decided on the unusual step of re-investigating a rape case already reviewed and dismissed by Gen. Craig Franklin because officials were concerned about possible bias against the victim in the Article 32 probable-cause hearing, officials said Thursday.

Lt. Gen. Richard Harding, the Air Force judge advocate general, was concerned about “inconsistencies in the [hearing] and incompleteness” alleged by the accuser’s Special Victims Counsel and detailed in a 12-page memo sent to Franklin, according to Col. Dave Dales, director of the Air Force Judiciary.

Among the complaints in the memo was that the case investigating officer had failed to act in an impartial manner, as required under military law, was clearly skeptical of the accuser and, when examining witnesses, had acted more like a defense lawyer, sources familiar with the case have told Stars and Stripes.

Franklin saw the memo, which also requested that he meet with the accuser, but nonetheless decided to take the investigating officer’s recommendation to dismiss the case. Three Air Force lawyers concurred with that decision, Dales said in a telephone interview.

But Harding reacted differently, and officials sent the case to be re-investigated at the Air Force District of Washington. Asked if Harding believed the allegations of a tainted Article 32 hearing were true, Dales said, “I can’t speak to that.”

But he noted that the Special Victims Counsel program, which provides sexual assault victims with lawyers, was in its early stages and that there was no blueprint for dealing with new issues the program would invariably present.

In addition, victims’ advocates have long criticized the hearings, unlike any in civilian courts, for allowing defense lawyers to cross-examine accusers at length and with few restraints.

Franklin did not meet with the victim as she had requested before his decision. But Dales said there were no regulations requiring that.

“It would be encouraged to meet with victims,” he added, “in today’s world.”

New regulations to be enacted next year will require that convening authorities meet with alleged victims at various decision points in cases, if the victims request it, Dales said.

The case involves an Air Force staff sergeant who reported that a subordinate raped her after an evening spent drinking and dancing at a club. The accused airman claimed the sergeant consented.

After the hearing, held at Aviano Air Base in Italy, the accuser was, at her request, moved to a new job at Joint Base Andrews, Md. She was interested in proceeding to another Article 32, Dales said, but declined to return to Aviano.

“She really wanted nothing to do with going back to Aviano,” Dales said.

A new Article 32 is scheduled for Jan. 8 at Andrews.

The case was the second to embroil Franklin’s decisions, as court-martial convening authority, in controversy.

In February, Franklin’s dismissal of the guilty verdict and sentence in the sexual assault case of Aviano fighter pilot Lt. Col. James Wilkerson brought the Air Force prolonged, unwelcome attention and led members of Congress to strip commanders of the authority to overturn jury verdicts along with other measures intended to strengthen victim protections. Legislation is also pending to reform the Article 32 process.