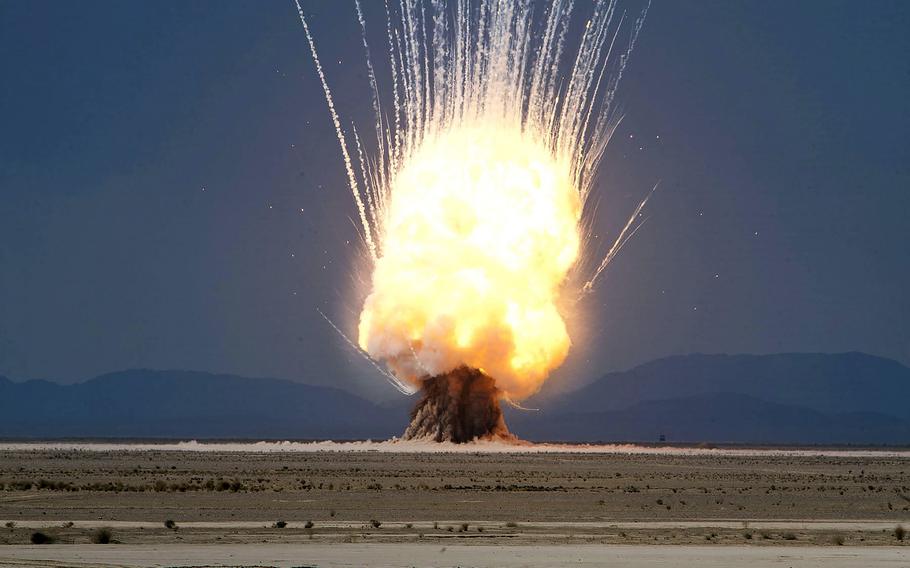 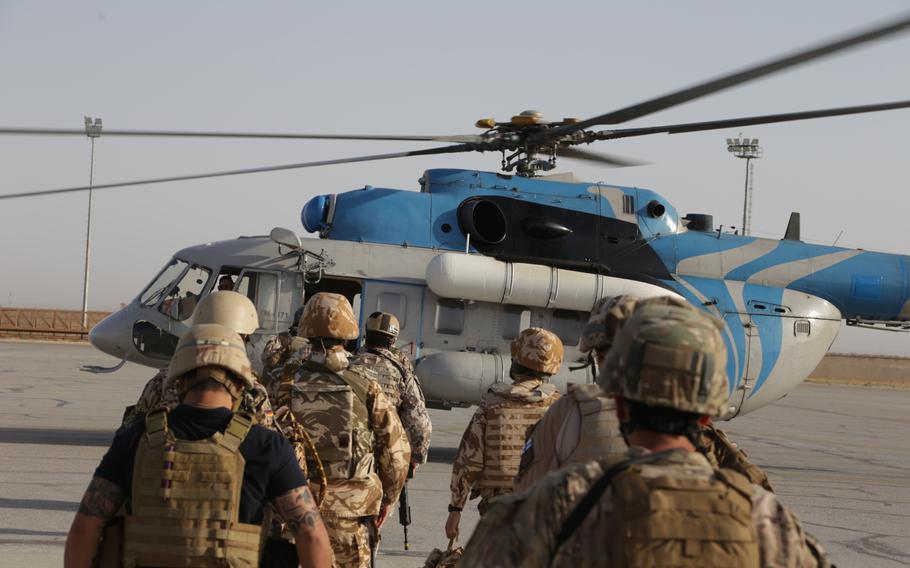 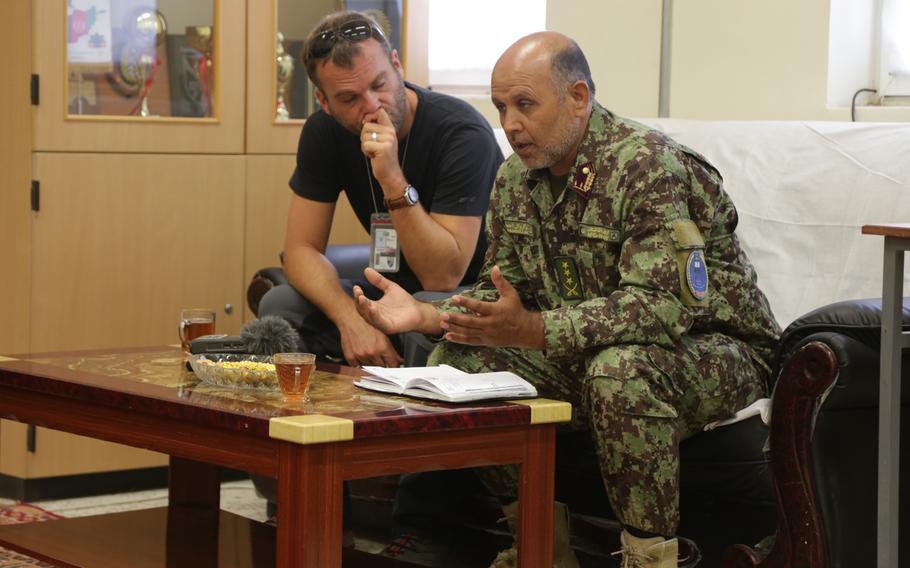 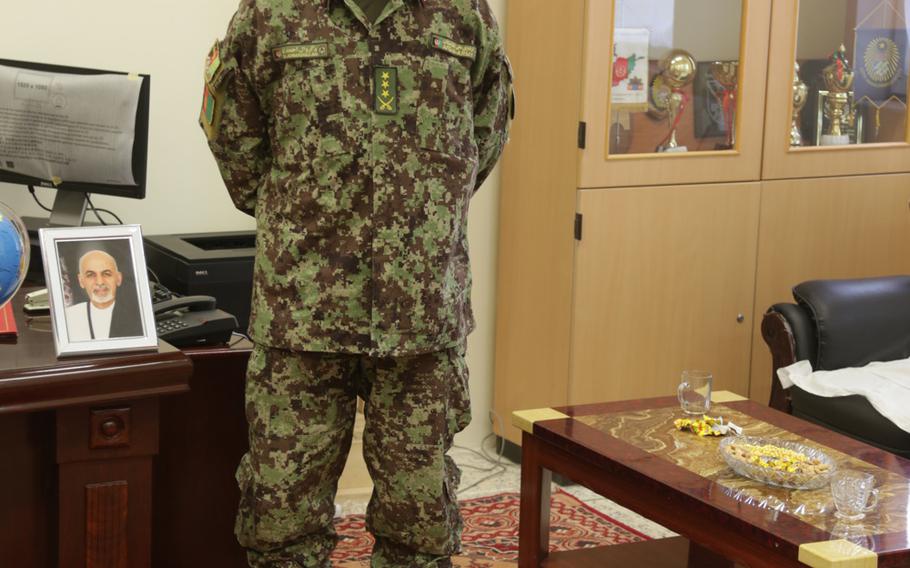 MAZAR-E-SHARIF, Afghanistan — Growing pressure from military leaders in Kabul to churn out more bomb-disposal units is forcing Afghan and NATO trainers to put explosives specialists into the field who may not be up to the task, Afghan and coalition officials say.

Improvised explosive devices, or IEDs, have long been the weapon of choice for the Taliban and other insurgent groups fighting in Afghanistan. The bombs have routinely topped the list as the cause for military and civilian casualties throughout the 13-year Afghan War.

“We are always under pressure to do more,” said Afghan Army Col. Ahmadullah, head of the military’s combat engineering school in Mazar-e-Sharif. The school, home to the army’s main training center for countering IEDs, is run by the Afghan military, with the support of NATO troops assigned to the coalition’s training command in northern Afghanistan.

That pressure sometimes leads to putting bomb-disposal teams in the field who are “not the best quality,” he said. “We do not have any other choice.

The makeshift bombs are the second leading cause of civilian deaths in the country this year, according to an April report by the U.S. Assistance Mission in Afghanistan. The report says IEDs killed 309 Afghan civilians in the first quarter of 2015.

“In line with historical trends, direct fire and improvised explosive device attacks make up the majority of security incidents” in Afghanistan, the Pentagon said in a June report.

Throughout the war, American and NATO forces were responsible for the majority of counter-IED operations for Afghan security forces — one of the most hazardous missions undertaken by coalition forces. But with the end of combat operations last year, the roughly 13,000 Western troops still in Afghanistan are now responsible for training and advising security forces. This leaves the country’s indigenous forces bearing the brunt of bomb-disposal operations.

There are about 1,000 anti-IED specialists in the Afghan army, split into various explosive ordnance disposal teams across the country, Afghan defense officials said. But the pressure to keep up with the growing demand for counter-IED specialists is starting to take its toll, coalition military advisers say.

After graduating basic training, selected trainees go through a nine-month basic EOD course at the engineering school before becoming qualified to conduct counter-IED operations. The training time is the same as that received by U.S. Army and Navy EOD specialists.

But that is not enough time to churn out enough qualified bomb disposal experts to keep pace with the rapidly changing tactics of the insurgency’s bomb makers, one German military adviser said.

As a result, many new counter-IED specialists are forced to hone their skills “on the job,” which often ends with deadly consequences, the adviser said. The bomb technicians who live long enough to gain that invaluable battlefield knowledge usually become trainers at the anti-IED school, the adviser said on the condition of anonymity.

“The (trainers) are the ones who survive and when they come to the school, they do not want to go out again,” he said.

Moving those battle-tested anti-IED specialists from the field to the classroom compounds the problem, leaving a glut of neophyte bomb technicians to fight against battle-hardened insurgents, the adviser said.

That problem was cast in stark relief during the Afghan-led counterinsurgency operations ahead of this year’s fighting season, according to the June Pentagon report.

The sheer number of roadside bombs encountered by local security forces during these operations essentially froze those units in place, preventing them from reinforcing isolated military and police outposts under attack by insurgents.

The operations “highlighted some of the continuing challenges that the (Afghan army) faces with... counter-improvised explosive device exploitation capabilities,” the Pentagon report says. “These gaps will endure for some time.”

The added pressure from military leaders in Kabul to increase the number of bomb specialists within the military is only making the problem worse, the German military adviser said.

Ahmadullah acknowledged the country’s military is still struggling to find the right mix of training and experience within the ranks of the EOD corps.

“We are still (just) basic training,” he said of the school’s curriculum focusing on counter-IED training.

But army leaders at the counter-IED school are taking steps to close those gaps, he said. The engineering school has created a “collections center” where Afghan and NATO trainers can draw on lessons learned from past operations and improve on EOD operations.

Afghan army leaders at the school now plan to conduct annual reviews of anti-IED tactics and doctrine in an attempt to improve the quality of the graduating bomb technicians.

While demand for bomb disposal teams grows, the engineering school has faced constant funding cuts and has been forced to make due with fewer resources. “We go hat in hand” when requesting additional funding or support for the program, Abdullah said.

He is adamant about the benefits of the Afghan EOD teams in protecting the country’s security forces.

“What we are doing here is having a positive effect on the number of (army) casualties on the battlefield,” he said. “We are (now) thinking about the future.”