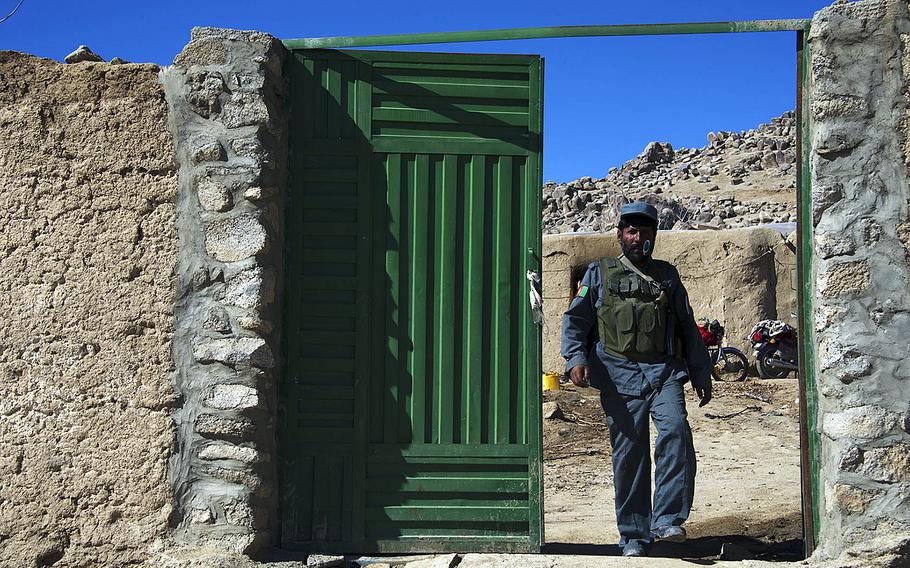 KABUL, Afghanistan — An Afghan policeman shot dead four fellow officers at a remote highway checkpoint in the south of the country, the latest in a series of insider attacks within the Afghan security forces, officials said Tuesday.

Ten policemen who were manning the checkpoint when the incident occurred Monday night were missing Tuesday, officials said.

“The incident happened on the main highway connecting the provinces of Kandahar and Uruzgan, (and) it’s definitely a Taliban attack,” said Mohammad Akbar Shinwari, acting head of Uruzgan police.

“Some policeman who had links with the Taliban allowed them (the Taliban) into the checkpoint,” he said. “Three officers escaped and are safe.”

The Taliban claimed responsibility for the incident.

Remote checkpoints have proven vulnerable to Taliban attacks. The international coalition in Afghanistan has been trying to persuade Afghan forces to consolidate troops to face the enemy rather than leave themselves exposed and vulnerable at scattered checkpoints.

In a similar incident in January, an officer killed 10 of his colleagues at a checkpoint in Chinaro district in Uruzgan province before deserting the force to join the Taliban.

Earlier that month, nine officers were killed in the province’s Dehrawad district by three of their colleagues who also defected to the Taliban.

So-called green-on-blue attacks accounted for a large proportion of casualties suffered by U.S. and other NATO troops between 2007 and 2012. But they dropped off significantly with the drawdown of coalition forces, who have been reduced to about 13,000 at the end of 2014, primarily tasked with training and advising Afghan forces.