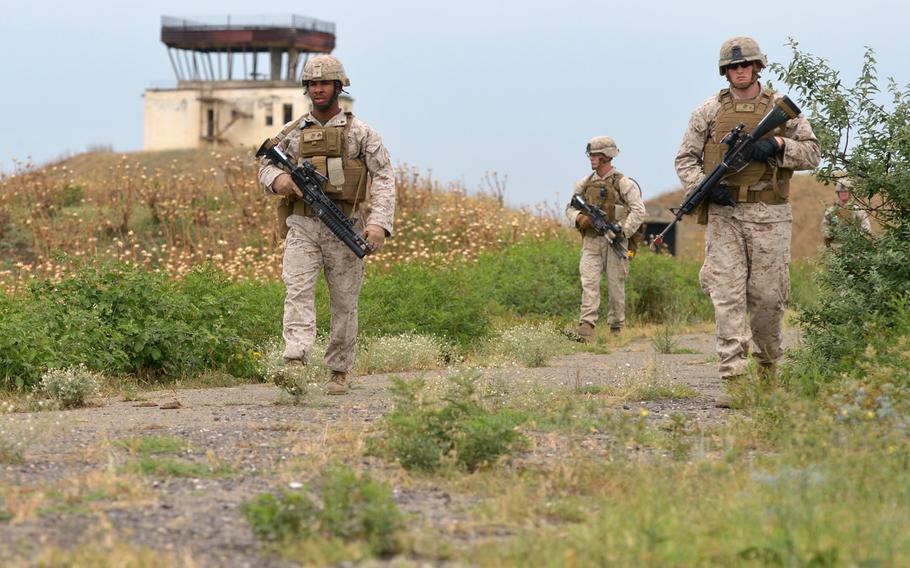 NATO troops on Wednesday concluded two weeks of military exercises in Georgia, where more than 200 U.S. Marines took part in a series of drills intended to help allies prepare for crisis-response missions.

The exercise, dubbed Agile Spirit, has traditionally been a bilateral effort between U.S. and Georgian troops. This year, several other NATO allies took part in the training, which alliance officials described as a turning point.

“Agile Spirit has taken on a different role this year politically because it has been connected with NATO,” said William Lahue, head of the NATO liaison office to Georgia, at the conclusion of the training.

While Georgia is not a NATO member, the alliance pledged in 2008 that the small country would eventually be brought into the transatlantic fold once requirements for membership were met. Still, NATO has never offered Georgia its Membership Action Plan — seen as the last formal step before accession to the alliance — because several member states are reluctant to include the country. Germany, for example, has voiced concerns that such a move would worsen relations with Russia, which are currently at their lowest level since the end of the Cold War.

In the future, the military alliance intends to increase its level cooperation with Georgia, said Lahue.

For NATO, the past several months have involved a series of large-scale exercises that have largely focused on reassuring member states in the Baltics, where countries have been unnerved by Russian aggression in Ukraine.

Alliance members have also stepped up some of their activities with nonmember states. This week, the U.S., along with Poland, Romania and Georgia, kicked off one of the largest ever exercises in Moldova, a country that also is involved in a territorial dispute with Russia. Some 800 troops are participating in exercise Joint Response.

Georgia is expected in August to open a new NATO-Georgia Joint Training and Evaluation Center, which will play host to future exercises.

NATO efforts in the country are key to showing Georgia that the alliance remains committed to its 2008 membership pledge, Lahue said.

“The presence of NATO troops here, conducting exercises with the Georgians makes a tremendous impact for this country politically,” he said. “It helps to keep them hopeful of their path toward NATO.”