Official: 15,000 insurgents are in Afghanistan 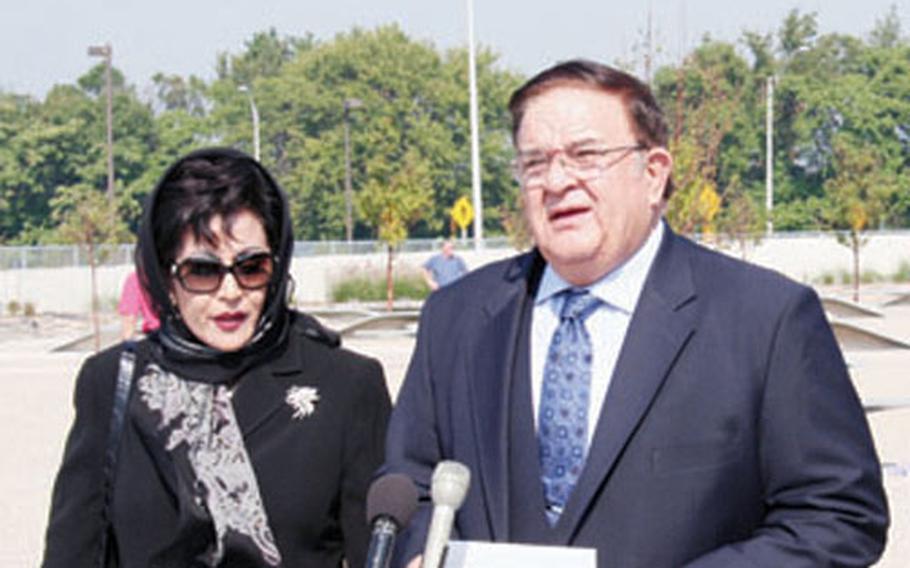 Afghanistan Minister of Defense Abdul Rahim Wardak speaks to reporters after touring the new Pentagon Memorial on Monday. Wardak estimates between 10,000 and 15,000 full-time insurgents are fighting in Afghanistan. (Jeff Schogol/S&S)

ARLINGTON, Va. &#8212; Afghanistan&#8217;s defense minister estimates there are between 10,000 and 15,000 full-time insurgents in his country, including an increase of foreign fighters and al-Qaida terrorists coming into the country through Pakistan.

In 2007, violence in Afghanistan increased threefold, and this year looks to be the most violent yet, Wardak said. But he is confident in the Afghanistan will beat the insurgents with the help of the United States and other coalition partners.

"We Afghans have been in worse situations than this," Wardak said, citing the Soviet invasion of Afghanistan in 1979.

Wardak called for the creation of a combined joint task force including Afghan, coalition and Pakistan troops to police both sides of the countries&#8217; joint border.

Officials from Pakistan, Afghanistan and NATO discussed the matter last month at a tri-party meeting, he said. The Pakistani government is currently considering the proposal.

Earlier this month, President Bush announced that about 8,000 U.S. troops will be withdrawn from Iraq by early next year, while two units originally headed to Iraq will now deploy to Afghanistan.

In November, about 2,000 Marines with a Marine Air Ground Task Force will replace a Marine battalion that is training Afghan security forces; and in January, about 3,700 soldiers with the 3rd Brigade Combat Team, 10th Mountain Division will also go to Afghanistan.

Officials have said there are currently no plans to replace the 24th Marine Expeditionary Unit, which leaves southern Afghanistan this fall.