Officer killed by suicide bomb had high hopes for Ramadi 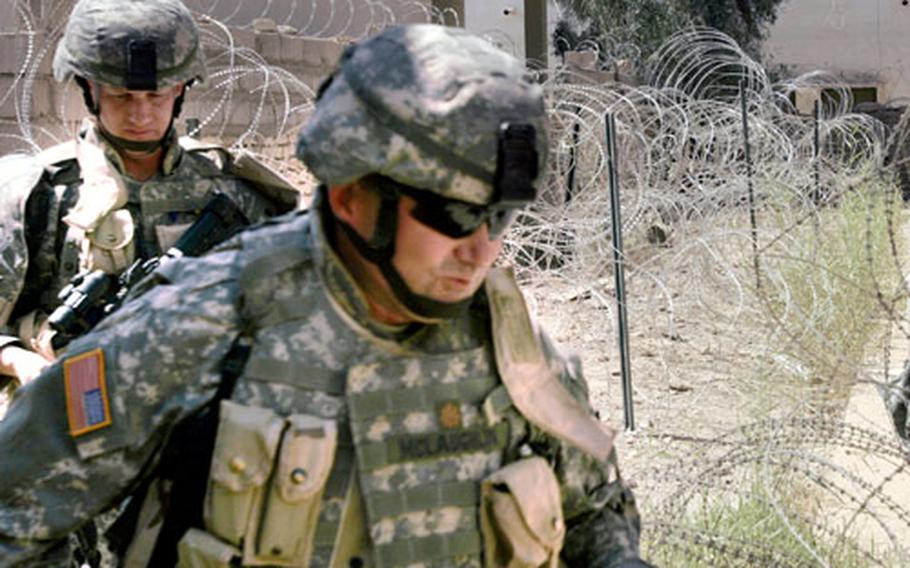 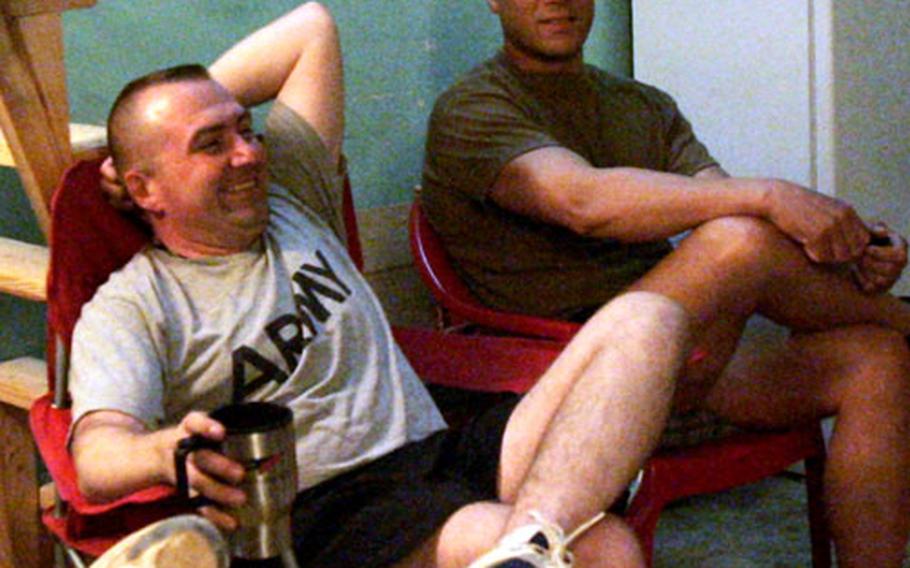 The day before Lt. Col. Michael E. McLaughlin died from wounds he suffered in a suicide bomb blast Thursday, the Mercer, Pa., resident said he was fully confident that Ramadi had finally turned a corner in the insurgency. As hundreds of local men streamed into the Ramadi Glass Factory on Wednesday to join the city&#8217;s long-defunct police force, a wide grin spread over a pinch of tobacco stuffed into the 44-year-old&#8217;s lower lip.

Instead of blaming the Americans for their lack of security, political representation and economic opportunity, the people of Ramadi were now blaming the insurgents and buying into the democratic process, he said.

All of those who died were standing outside the main wall that surrounds the glass factory when a suicide bomber detonated a vest packed with explosives and ball bearings. The killer had stood amid a crowd of men who were waiting to be searched before entering the factory compound.

A long-time artillery officer in the Pennsylvania Army National Guard, McLaughlin was assigned to Task Force 2-222 Field Artillery and was the primary liaison between the 2-28 Brigade Combat Team and local tribal and government leaders in Ramadi. His efforts were instrumental in getting local sheikhs to support the recruitment drive and encourage more than 1,000 area men to volunteer for the force, commanders said.

Previous recruitment drives had attracted far fewer men as corruption and intimidation from insurgents had scared away many volunteers.

A gregarious wisecracker, McLaughlin said his hope was to one day return to a peaceful Iraq, where he planned to walk the streets of Ramadi in a traditional Arab &#8220;man dress,&#8221; or dishdasha, and sip coffee and chai with those sheikhs he had met during the war. McLaughlin said that one particular tribal leader he had developed a close relationship with dubbed him &#8220;The Sheikh of Sheikhs&#8221; &#8212; a nickname that was soon picked up by fellow officers in the brigade.

McLaughlin, a businessman in civilian life, said he considered Ramadi to be a Middle Eastern Pittsburgh of sorts, and viewed the tribal system similarly to the political ward system back home.

McLaughlin said he and other military leaders had pointedly challenged local sheikhs to help enforce the peace during the four-day recruiting drive. The attack shocked many of those volunteers who turned out on the day of the explosion &#8212; at least 50 of whom remained to continue the process after the explosion &#8212; because the sheikhs had told them it would be OK.

Gronski and other commanders here say they suspect the act was committed by a foreign insurgent from al-Qaida in Iraq, and not a local insurgent.

A self-described conservative, McLaughlin said a socialist-style economy had allowed Saddam Hussein to deprive the population of wealth and sap their enterprise.

Like many officers in the brigade, McLaughlin said his reception in Ramadi almost seven months ago was a hot one. Attacks occurred frequently in the city&#8217;s embattled government center and on one particular occasion, McLaughlin&#8217;s personal security detail engaged the enemy with such finesse he named them &#8220;The Ninjas.&#8221;

While he said that matters had improved since then, McLaughlin acknowledged that those local Iraqis who appeared for the recruiting drive were taking their lives in their own hands, despite any promises from the local sheikhs.