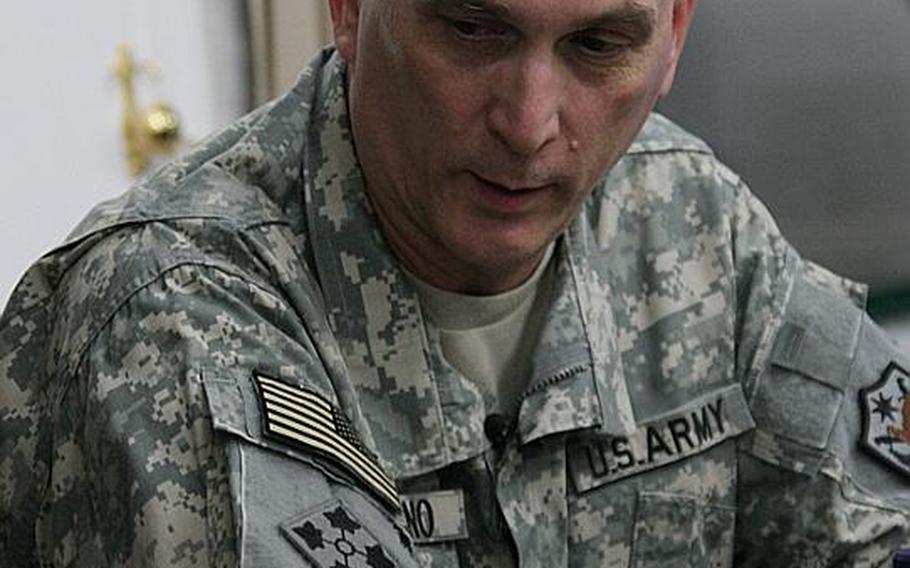 ARLINGTON, Va. &mdash; Gen. Ray Odierno, the tall, bald and bass-voiced Iraq war commander for the last four years, was nominated Monday to be the next chief of U.S. Joint Forces Command.

&ldquo;I am proud of the progress we have made in Iraq,&rdquo; Odierno said in a statement, &ldquo;and enjoy every day that I have the opportunity to work with the young men and women of our armed forces. I remain committed to our mission here in Iraq.&rdquo;

If confirmed, the assignment would promote Odierno from U.S. Forces&ndash;Iraq to be one of the military&rsquo;s 10 combatant commanders. Defense Secretary Robert Gates nominated Lt. General Lloyd Austin as the war&rsquo;s next commanding general last week.

Few Americans have spent more time in Iraq than Odierno. In the past decade, Odierno rose from a division commander in Baghdad&rsquo;s &ldquo;Sunni Triangle&rdquo; to lead Multi-National Force&ndash;Iraq from December 2006 to February 2008.

Odierno graduated from West Point in 1976, has served in Germany, Albania, Kuwait, and as primary military advisor to Secretary of State Colin Powell and later Condoleezza Rice.