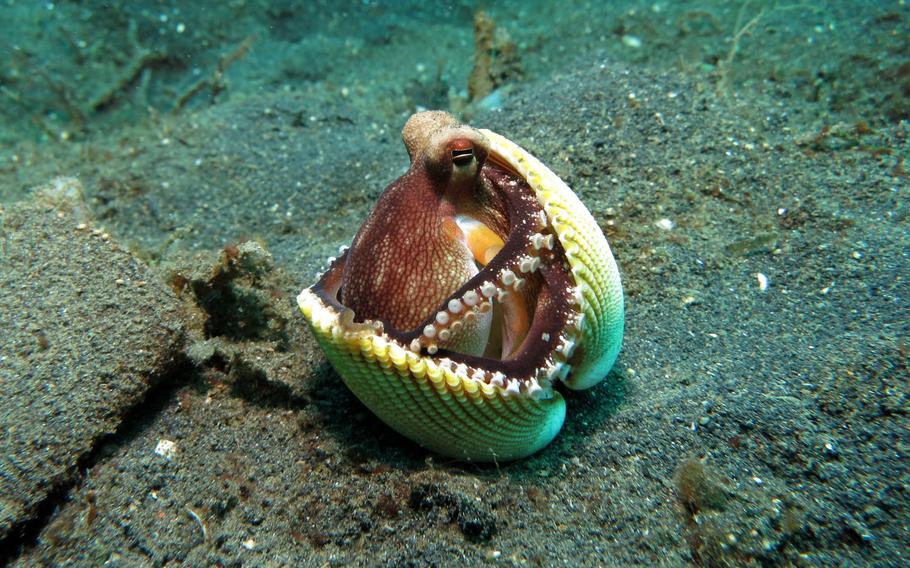 An octopus uses a shell as camouflage. (Courtesy of Pixabay)

Army-funded researchers at Cornell University have created a membrane that mimics octopus skin, a development that could change how soldiers conceal themselves on future battlefields.

The silicone, rubber and mesh membrane is still primitive and lacks the ability to change color, but researchers at the project call the results impressive, according to the most recent issue of the journal Science.

The membrane uses a mesh of synthetic fibers laid down in a sheet to imitate the octopus’s muscles, which constrain the way the material balloons.

Octopuses can change the shape of their skin to copy the texture of whatever they swim over. Combining this with their better-known abilities to change colors and patterns, octopuses can render themselves nearly invisible in milliseconds, enabling them to hide from predators or hunt prey.

Instead of merely expanding, the fibers in the material force the silicone to balloon upward or into simple, predictable, preprogrammed shapes. The most complicated object mimicked so far was a small plant.

The Cornell team is one of many studying octopuses and other cephalopods to unravel their camouflage and locomotion abilities.