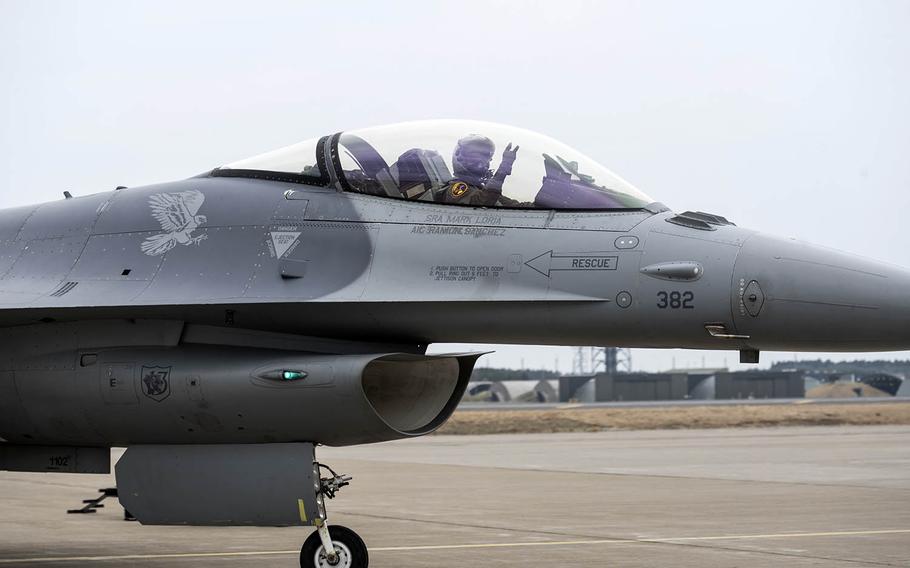 The incident forced the pilot of the F-16 Fighting Falcon, which was conducting routine training during the Feb. 20 incident, to jettison his external fuel tanks into nearby Lake Ogawara, which is popular with local fishermen.

The aircraft then landed safely at Misawa, and there were no injuries.

An Air Force Accident Investigation Board report blamed an obsolete turbine frame forward fairing, which failed during takeoff and blocked air needed to cool the engine.

“Without the cooling air, the exhaust liner and the downstream components were exposed to temperatures beyond their heat and tolerance, resulting in a fire,” the report said.

“Haphazard” maintenance practices led to the obsolete part being installed on the aircraft in 2012, the report said.

Poor enforcement of standard maintenance protocols created an environment that allowed failures such as the improper completion of paperwork to account for parts, serious disorganization at the shop and the improper handling of parts, the report said.

Improvements have been made since then, the Air Force said.

“Multiple organizational and managerial changes and expansions of the 35th FW Propulsion Flight storage areas were made over the course of the last six years to improve organizational capabilities and ensure the safety and reliability of aviation operations at Misawa AB,” the Air Force statement said.

The 35th Fighter Wing has checked all its engines, including the spare ones, and confirmed they have the new fairing installed, said a statement from Japan’s Defense Ministry.

A local association banned fishing at the lake shortly after the incident. Fishermen said they were greatly affected by the ban, since they could not fish during the height of their freshwater shellfish season.

They are seeking compensation for losses suffered during the shutdown, and Japanese officials are reviewing the claim, a Tohoku Defense Bureau spokesman said Wednesday.