Obama to be briefed on ethics review of top officers 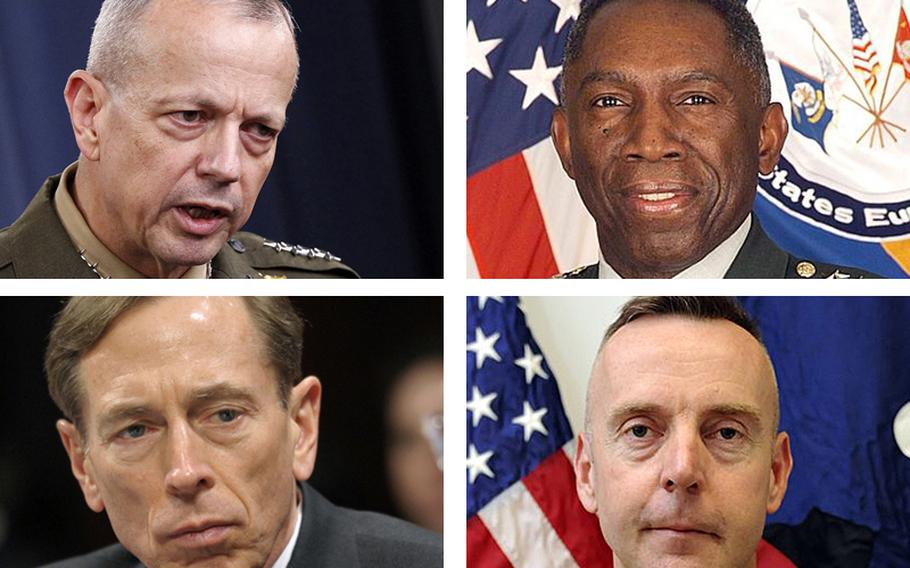 WASHINGTON &ndash; The Pentagon will soon brief President Barack Obama on the results of an ethics review of generals and admirals that was ordered in the wake of a string of scandals among top officers, Defense Department officials said Friday.

He declined to detail Dempsey&rsquo;s specific recommendations before the president was briefed.

Officials announced the review Nov. 15, but said it was not spurred by two scandals among present and former top officers that had come to light the previous week.

One was the Nov. 9 resignation of retired Gen. David Petraeus from his post as CIA director after admitting an affair. Soon after, the Pentagon began investigating a lengthy email correspondence between Gen. John Allen, the top U.S. general in Afghanistan, and a Tampa socialite &ndash; communications uncovered by the FBI during an investigation of Petraeus and his biographer.

The roots of the review go back further, Little said Friday.

&ldquo;This is a well-informed set of recommendations based not just on the past 10 days or two weeks&rsquo; worth of thinking by the chairman and his team, but is the outcome of a longer process that the chairman initiated a while back,&rdquo; he said.

The review began, he said, when alleged behavior of some top officers came under scrutiny. One such case, Little said, was that of Gen. William &ldquo;Kip&rdquo; Ward, who this month lost a star and thousands of dollars in retirement pay after the DOD Inspector General found he had improperly used government money on travel, gifts and other items.

In other high-profile cases involving generals, the Pentagon is reviewing inspector general findings that the former Missile Defense Agency head bullied his staff at the agency, and a former deputy commander of the 82nd Airborne faces charges of forcible sodomy and other offenses.