Obama signs off on routine changes to court-martial manual 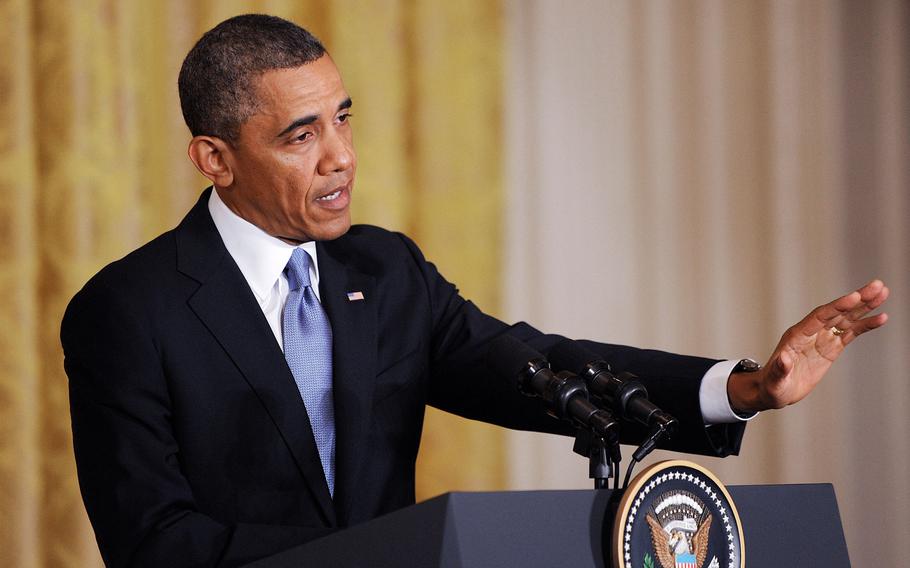 U.S. President Barack Obama speaks during a joint news conference with British Prime Minister David Cameron in the Oval Office of the White House in Washington, D.C., on May 13, 2013. (Olivier Douliery/Abaca Press/MCT)

WASHINGTON — President Obama on Wednesday signed off on several changes to the Manual for Courts-Martial, including a change to the maximum penalty for rape — lowering it from the death penalty to life in prison.

Though the change seems at odds with the administration’s announced crackdown on sexual assault in the military, a senior defense official said it was made to bring the military into line with federal statutes. The Supreme Court in 1977 had ruled that the use of the death penalty in cases of rape alone was unconstitutional, saying the punishment is disproportionate to the crime.

There were also changes to rules of evidence, though the senior defense official said they were primarily technical or clarifying amendments.

The secretary of defense is required by executive order to review the Manual for Courts-Martial each year and recommend changes to the president, according to a senior administration official. The executive order Obama signed Thursday is “a routine update,” she said.