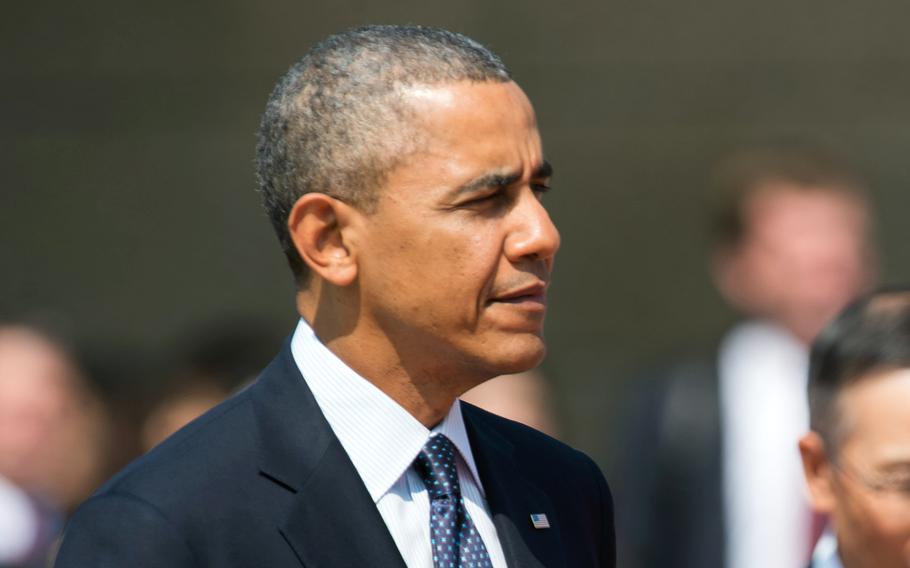 Russia is not abiding by an agreement it negotiated with the U.S., Ukraine and the European Union in Geneva this month that calls for the dissolution of outlaw military groups, the return of occupied buildings and public squares, and amnesty for anti-government protesters in Ukraine, Obama told reporters, following a meeting with Japanese Prime Minister Shinzo Abe in Tokyo.

“So far, we have not seen them (the Russians) abide by the spirit or the letter of the agreement in Geneva,” Obama said.

The government in Kiev has offered constitutional reforms consistent with what was agreed, but militias and armed men continue to take over buildings and harass people who don’t agree with them, he said.

If Russia continues on the path it is on, there will be further sanctions, Obama said.

“This is a matter of days and not weeks,” he said. “If they don’t follow through, we will follow through on what we said, which is, there will be additional consequences on the Russians.”

The U.S. has been preparing for the possibility that the Geneva agreement might not pan out, Obama said.

“We have been preparing for the prospect that we are going to have to engage in further sanctions,” he said. “Those are teed up… The fact that I haven’t announced them yet doesn’t mean they haven’t been prepared.”

Sanctions hurt Russia more than anybody else, but they are disruptive to the global economy, Obama said.

“What we have got to do is make sure that we are very clear about what we stand for and believe in and we are willing to take action on behalf of those values,” he said.

However, additional sanctions might not change Russian President Vladimir Putin’s calculus, he said. “That’s why there has got to be a lot of diplomatic spade work done in each phase of this process.”

Russia can reverse course, Obama said, back the Geneva agreement and call on those occupying builidngs in Ukraine to vacate them, allow monitors access and support free elections.

“Do I think they are going to do that? So far, the evidence doesn’t make me hopeful,” he said.

Obama said there isn’t going to be a military solution to the problems in Ukraine but said the U.S. needn’t go to war or stand prepared to engage militarily to show that it is serious about international norms.

He cited Syria as an example of how diplomacy can work with out military involvement, saying 87 percent of Syria’s chemical weapons have been removed.

“The fact that we didn’t have to fire a missile to get that accomplished is not a failure… it’s a success. It’s not a complete success until we have the last 13 percent out,” Obama said.

The United States’ position, is that countries should abide by international law, he said.

“Those norms are violated when you gas children or when you invade the territory of another country.”