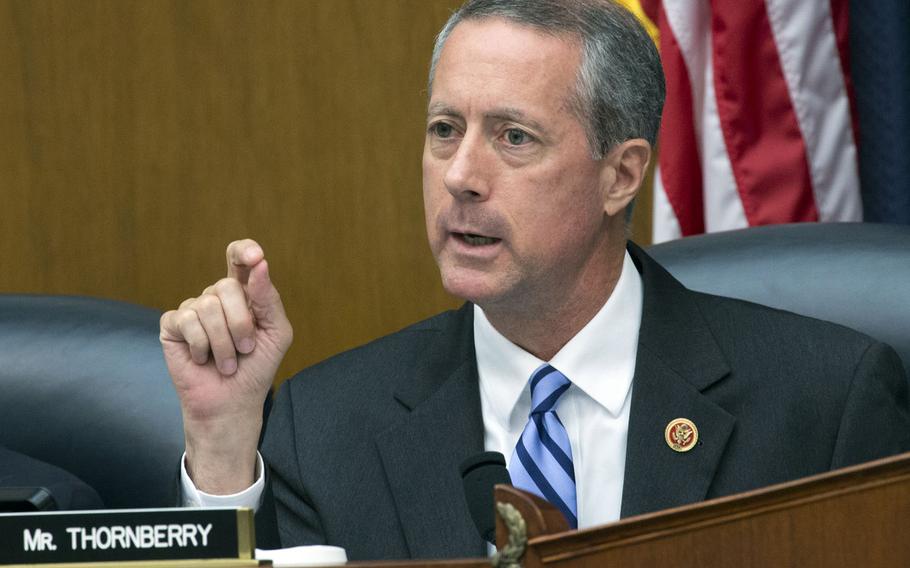 The claim by Rep. Mac Thornberry, R- Texas, chairman of the House Armed Services Committee, and other committee members that the White House is trying to under-fund the military was part of a GOP-wide rejection of Obama’s final spending plan and a signal that this year’s defense budget might be more politically volatile than expected.

Last year, the fight between the White House and Congress over defense funding – the Republican use of an emergency war fund to skirt budget caps – nearly led to a freeze on troop pay and civilian furloughs. A bipartisan deal in November set spending levels for two years and was supposed to hold off more showdowns until 2018.

“I am disappointed that this request does not adhere to the budget agreement made just last fall … I hoped such an agreement would provide some budget stability and begin to rebuild our military,” Thornberry said in a released statement. “Unfortunately, this administration continues to play budgetary games with our country’s security and diminishes what credibility it had left.”

In a letter Monday, Thornberry and 33 committee members warned the House budget committee that the White House could attempt to squeeze military spending by bending the rules of the agreement on the Defense Department’s overseas war fund, called Overseas Contingency Operations.

Republicans believed OCO spending levels set by the deal were “floors” and not “ceilings” and they would result in more money for the military’s base budget and overseas war needs, according to Thornberry, who along with other lawmakers received a copy of the budget Tuesday morning before it was made public by the White House.

The fight over OCO last year led to a rare presidential veto of the annual National Defense Authorization Act and fears that lack of a budget could freeze troop pay and force furloughs for 350,000 civilian workers.

The reaction by Thornberry indicates some House Republican lawmakers could be gearing up for a similar confrontation. The Armed Services Committee is now set to begin a series of budget hearings that will call various military and administration officials to the Hill to testify.

Meanwhile, panel members were already raising other concerns over the defense budget, such as planned pay raises for servicemembers that fall short of projected increases for civilians.

“Just about the only thing left out of this budget wish list is the full pay raise our troops deserve,” Rep. Joe Heck, R-Nev., chairman of the Armed Services’ military personnel subcommittee, said in a released statement. “My most immediate priority is to sound the alarm to my colleagues in the House that we need to do everything we can to ensure our men and women in uniform get a full pay raise.”

The White House released a summary of its defense plans including a modernization of the Tricare health insurance system, new anti-sexual assault initiatives and programs to help servicemembers transition into civilian life.

The Pentagon has said it will invest more money in smart bombs – spending a $1.8 billion to buy about 45,000 more – and will put off retirement of the A-10 Thunderbolt close-air support aircraft until 2022. Both have played key roles in the war against the Islamic State group.

The president’s overall federal budget included a raft of proposals that were immediately assailed by House Republican leadership, including a $10-per-barrel oil tax.

“This isn’t even a budget so much as it is a progressive manual for growing the federal government at the expense of hardworking Americans,” House Speaker Paul Ryan, of Wisconsin, said in a statement.

Rep. Hal Rogers, R-Ky., chairman of the House Appropriations Committee, said lawmakers would immediately hold a hearing Wednesday to “decide what to cut and what to fund” to craft spending bills that follow the bipartisan agreement inked in November.

“The president’s final budget unfortunately doesn’t look much different than other years – it is a spending wish list that doesn’t reflect our real budgetary constraints and that would saddle hard-working Americans with additional taxes and fees,” he said in a statement.