Obama bids Gates farewell with the Medal of Freedom 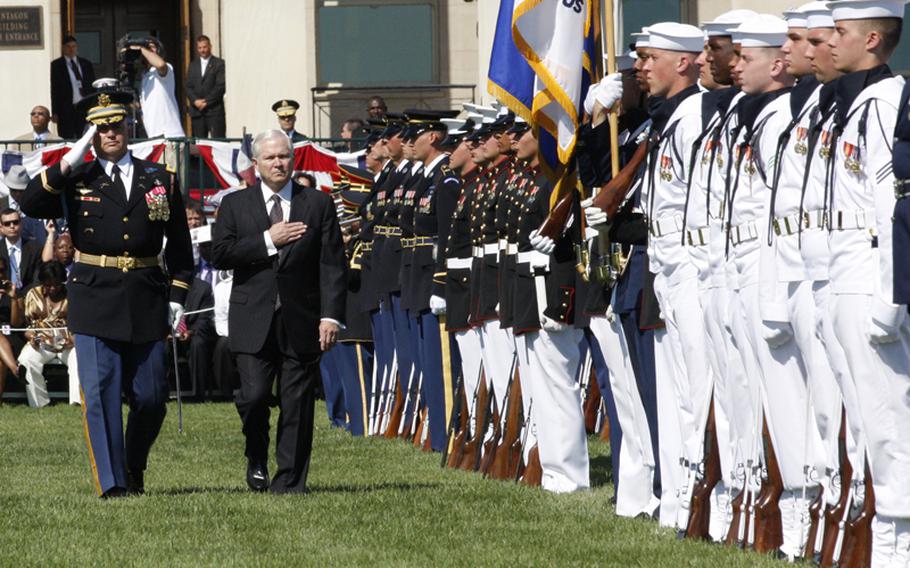 Outgoing Defense Secretary Robert Gates inspects the troops for one last time at a ceremony Thursday at the Pentagon marking the end of his tenure there. (JEFF SCHOGOL/STARS AND STRIPES) 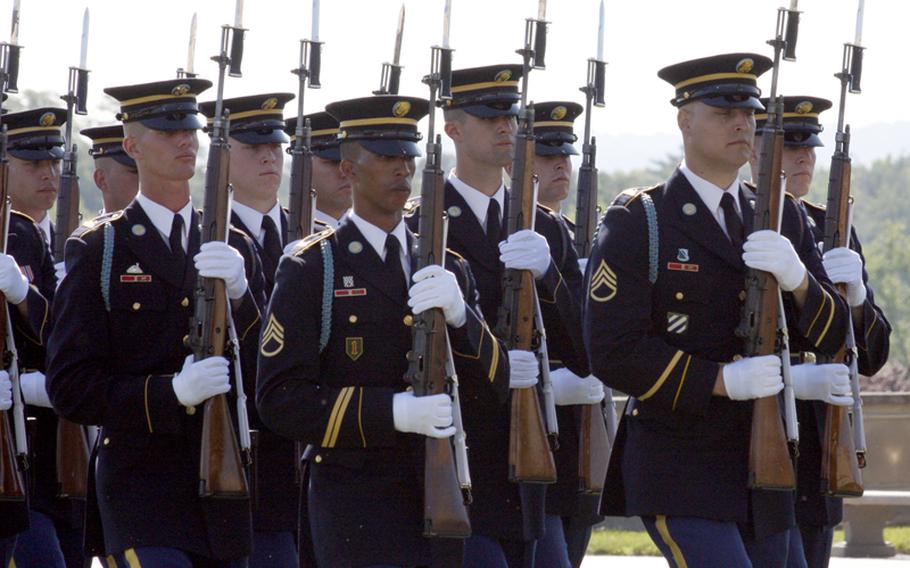 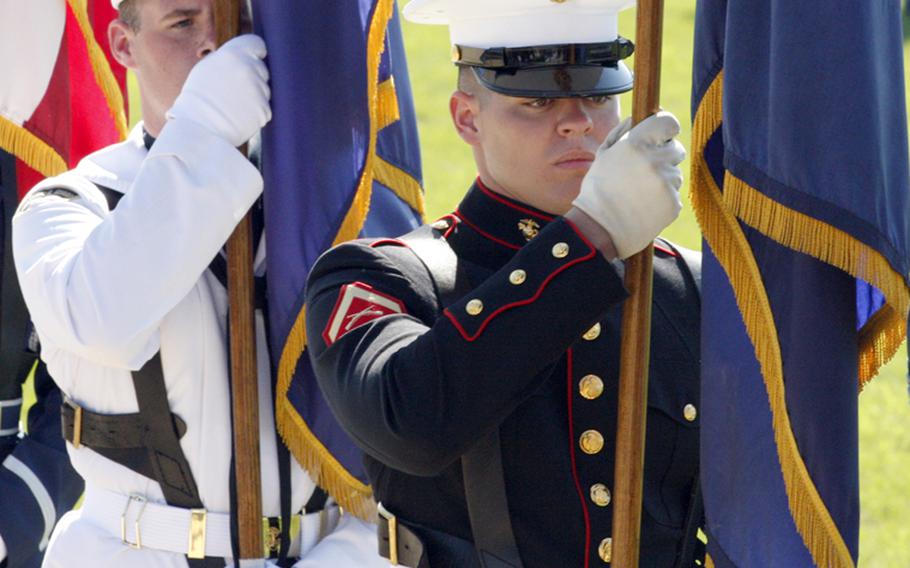 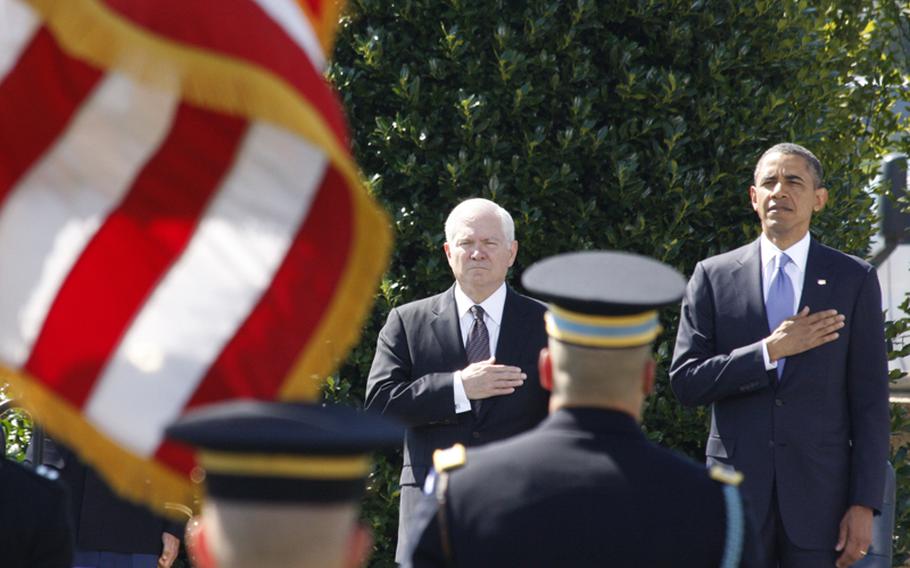 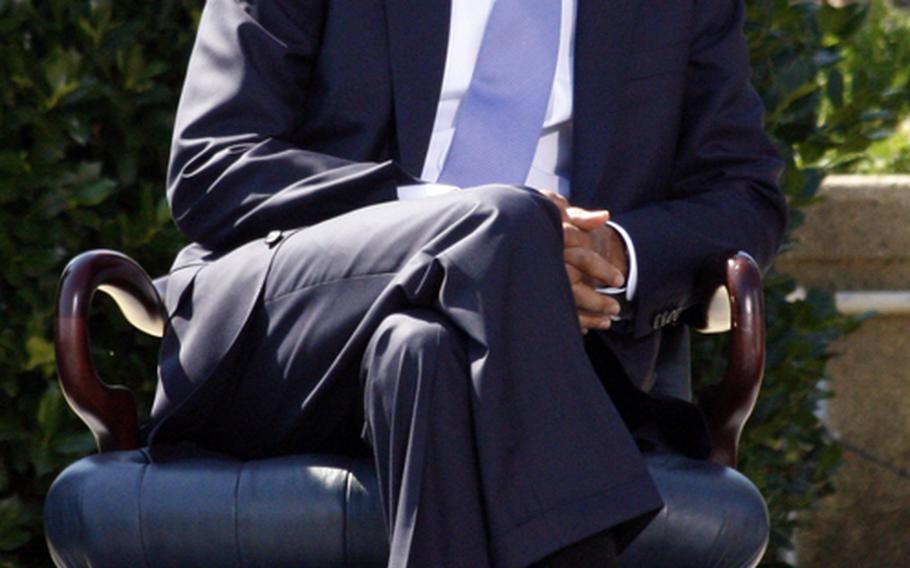 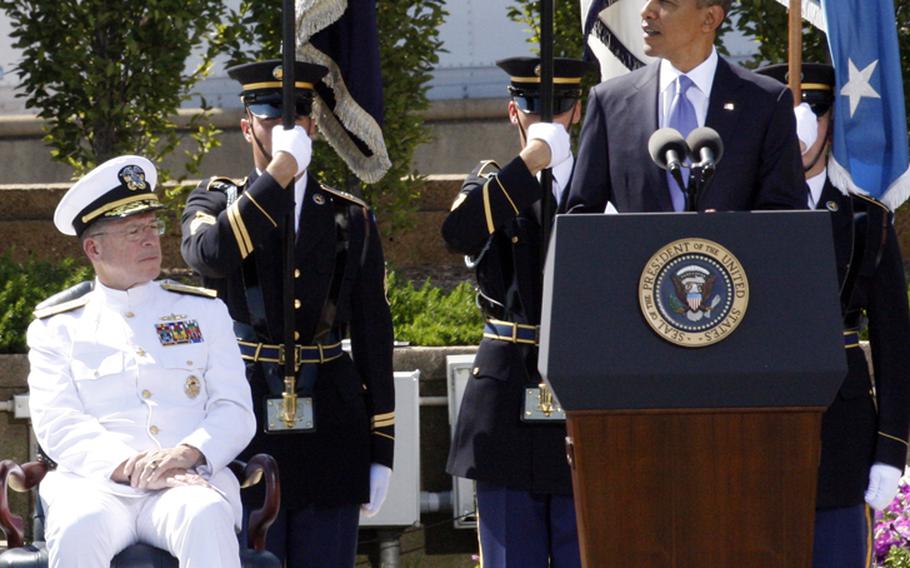 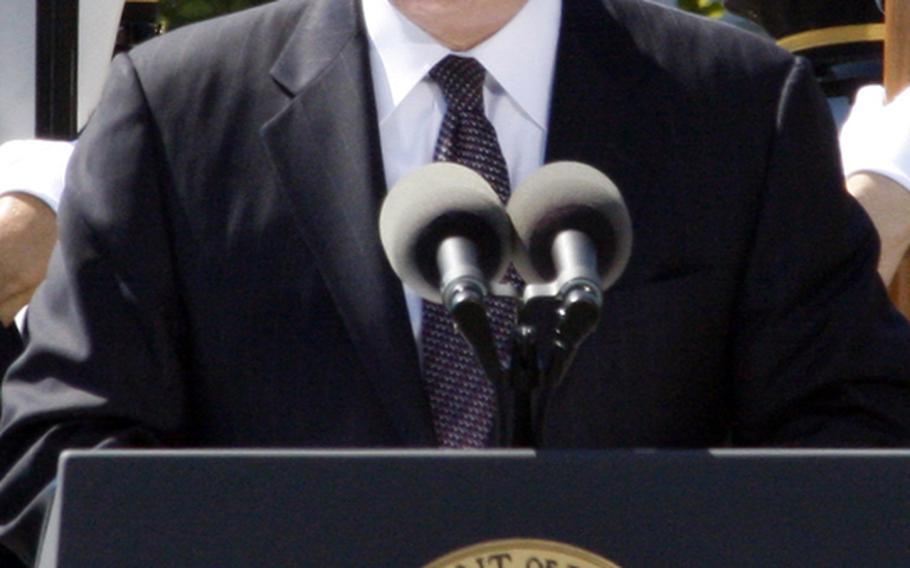 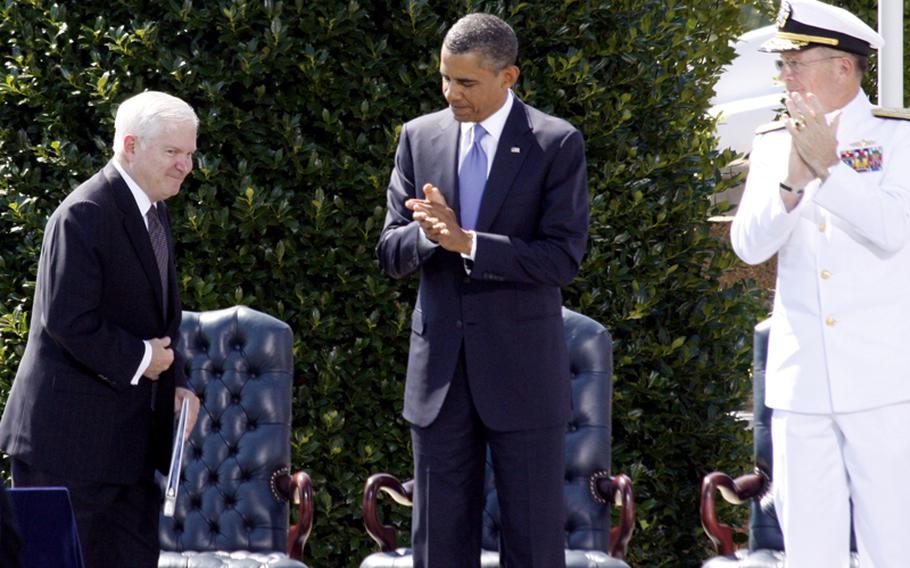 It was one final choke-up from the white-haired Kansas native, a public servant to eight presidents, known as much for showing his emotions toward the young troops he sends to war as he is for gaming Washington with a pragmatism that shattered the partisan battle lines he faced when he took the job four and a half years ago.

&ldquo;It is a big surprise,&rdquo; Gates told the president, &ldquo;but we should&rsquo;ve known a couple of months ago you&rsquo;re getting pretty good at this covert ops stuff.&rdquo;

The president and Adm. Mike Mullen, chairman of the Joint Chiefs of Staff, honored and lightly roasted Gates after a final review and a 19-gun salute, the custom for cabinet secretaries.

&ldquo;We know the heavy wages of war,&rdquo; Obama said. &ldquo;You are not only one of the longest-serving secretaries of defense in American history, but it is also clear you&rsquo;ve been one of the best.&rdquo;

Obama credited Gates with helping right the Iraq War, shifting U.S. attention from Iraq to Afghanistan and focusing the department on immediate needs of the warfighters.

&ldquo;Bob Gates made it his mission to make sure this department is serving our troops in the field as well as they serve us,&rdquo; Obama said. &ldquo;And today we see the life-saving difference he made, in the mine-resistant vehicles, in the unmanned aircraft, the shorter medevac times in Afghanistan, in our determination to give our wounded warriors the world-class care they deserve. Bob, this may be your greatest legacy of all.&rdquo;

While Rumsfeld left a Pentagon accused of glossing over the truth about the Iraq War, many staffers say Gates&rsquo; arrival in the building lifted a black cloud. In his confirmation hearing, Gates was asked if the U.S. was winning the war, and famously replied: &ldquo;No, sir.&rdquo;

On Thursday, Obama said Gates was a reminder that &ldquo;civility, respectful discourse and citizenship over partisanship are not quaint elements of a bygone era. They are the timeless virtues that we need now more than ever.&rdquo;

Mullen praised the secretary for his &ldquo;staunch commitment to truth telling, no matter how tough or even how uncomfortable that truth might be, no matter how high or how low in the chain of command that truth needed to travel.

&ldquo;I will miss your leadership. I will miss your counsel,&rdquo; Mullen added. &ldquo;As your next-door neighbor, I will even miss coming home on a Saturday afternoon to the sight of you sitting on your front porch. I will not miss you blowing all your dead leaves onto my lawn.&rdquo;

Gates&rsquo; valedictory speech gave no policy pronouncements or warnings for future generations. Instead, he praised the spirit of cooperation between the military, intelligence, development and diplomatic communities serving the war missions, thanking the State Department and U.S. Agency of International Development and hailing unsung career civilian employees.

&ldquo;During a time of war, the top priority of everyone in this building ultimately must be to get those fighting at the front what they need to survive and succeed on the battlefield, and to be properly taken care of when they come home,&rdquo; he said.

Gates penned a farewell message to the troops on Wednesday, he said, knowing it would be too difficult to get through such remarks in his speech.

With a nod to military spouses, the secretary told how his wife, Becky, responded to his news that Obama had asked Gates to stay on after the 2008 election.

&ldquo;We have to do what you have to do,&rdquo; she told him.

&ldquo;That is something military spouses have said in one form or another a million times since 9/11,&rdquo; Gates said, before addressing his wife. &ldquo;Well Becky, we&rsquo;re really going home this time.&rdquo;

Gates will retain the power of defense secretary until Friday, when CIA Director Leon Panetta will be sworn in during a small, private ceremony in the Pentagon.