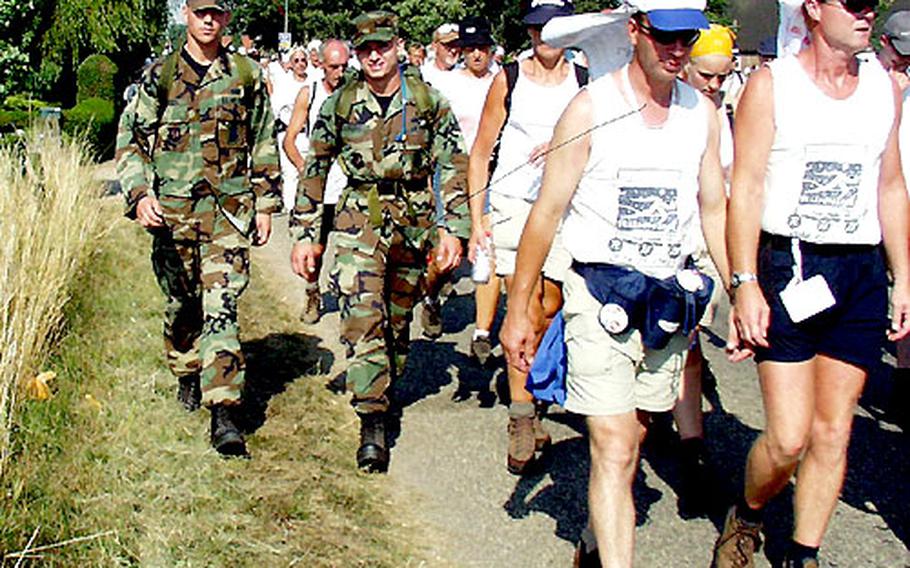 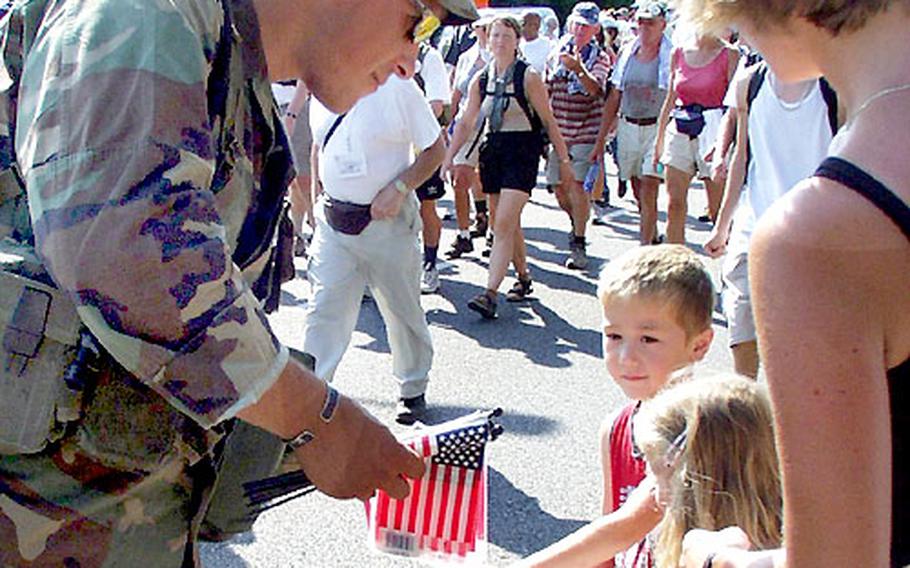 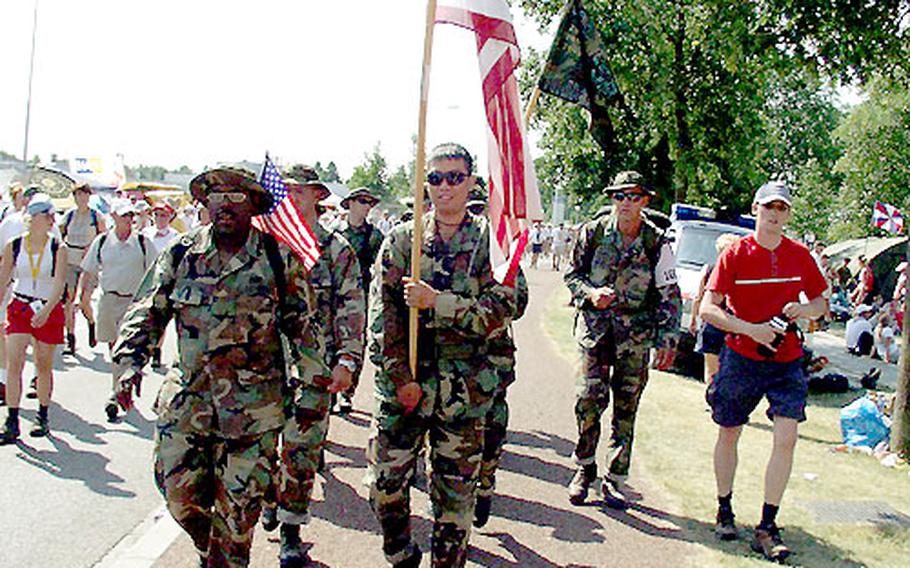 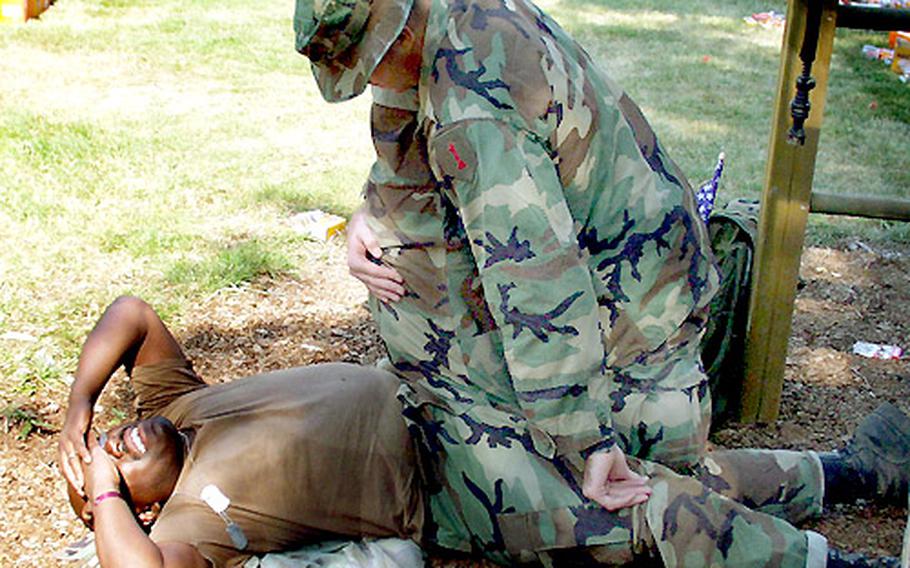 NIJMEGEN, Netherlands &#8212; Walking all day long shouldn&#8217;t be this difficult for a bunch of tough American grunts and flyboys.

On the second day of the 87th annual Four Days March in Nijmegen, the Netherlands, marchers were feeling sore muscles and nursing blisters like they never had before.

Frohne&#8217;s woes came in the first 10 miles of Day 2 of the road march, which averages about 25 miles a day on different routes through the countryside and city streets.

More than 44,000 people from 61 countries are striding down lanes and thoroughfares around Nijmegen. About 4,500 military members from 19 countries are participating.

Plenty of people were hurting &#8212; even with the break marchers got after Tuesday&#8217;s 90-plus-degree weather. For the first time since 1972 and only the second time in the march&#8217;s history, military participants didn&#8217;t have to wear their 22-pound rucksack on Wednesday.

On Tuesday, six people were hospitalized due to heat stroke, said Ensign Inge van Megen, a spokeswoman for the Dutch military contingent. Organizers didn&#8217;t want to repeat the tragedy of 1972, when two people died from heat-related injuries, van Megen said.

Normally, military members are required to wear the rucksack on the march. They also must wear their own uniforms and service-issued boots.

Medical tents set up to tend the marchers &#8212; mostly to their feet &#8212; were full by mid-day. American medics who volunteered to help had to take a special course given by Dutch Army medics on how best to apply tape to walkers&#8217; feet to help ease pain and prevent injury.

Rain is forecast for Thursday, so there&#8217;s no telling what new heartaches that might bring. On Wednesday, the only water on the march was in bottles or sprayed from garden hoses by well-meaning Nijmegen residents. Many blasted portable stereos on the streets, danced and cheered when the marchers passed.

An estimated 1 million people are expected in the Nijmegen area at the march&#8217;s finale on Friday afternoon.

Staff Sgt. Paul Meacham, 26, of Phoenix said he took vacation time to gut out the march. He was feeling pretty spry Wednesday morning and expected to finish with no trouble.

In 1907, a Dutch army lieutenant decided to march to annual military games in his country rather than travel by train.

But the idea caught on and eventually the military was marching to its games every year. At first it was just from base to base, averaging about 24 miles.

Eventually, the event ended up in Nijmegen.

By 1910, civilian walkers joined in and by 1962 military members from other nations accepted the challenge, too.

Today, more than 40,000 marchers, about 10 percent of them servicemembers, march at Nijmegen.