Number of wounded treated at Landstuhl drops after two-month spike 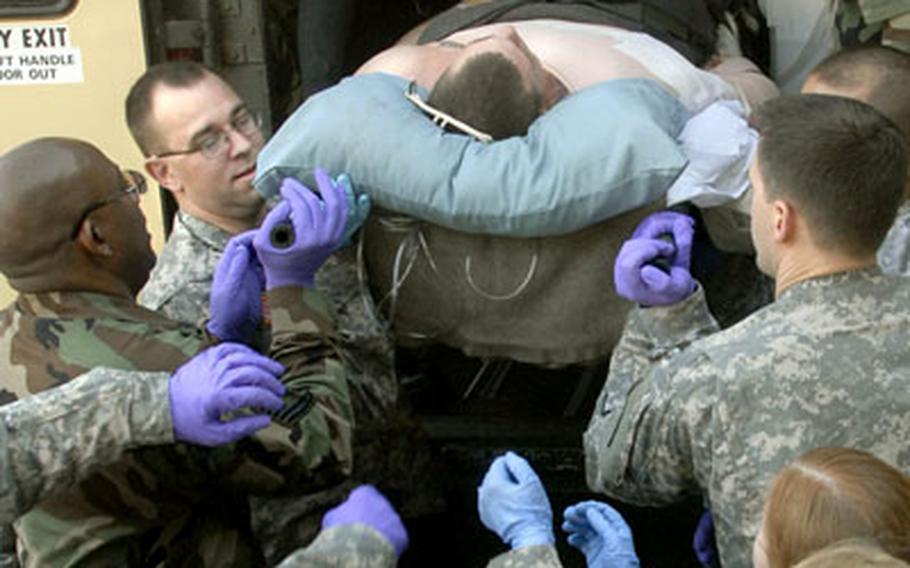 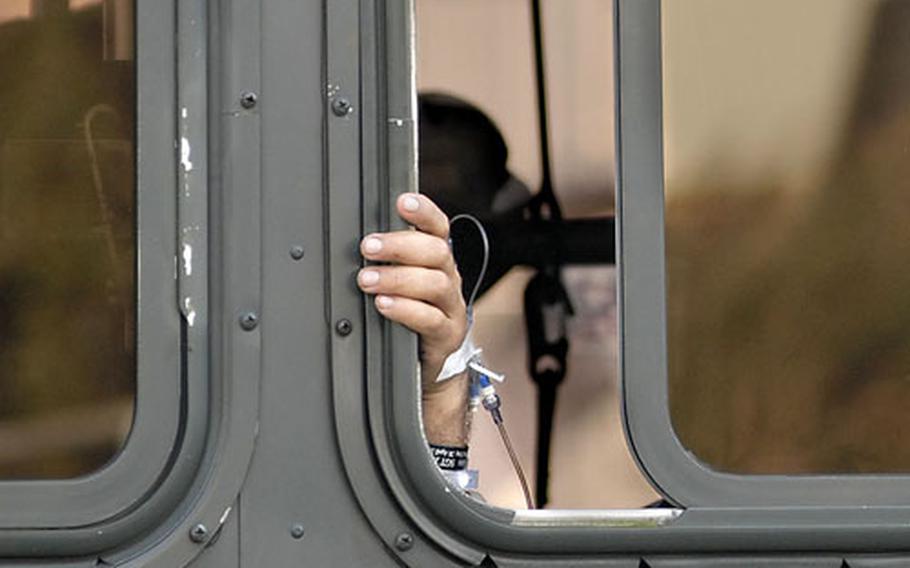 A patient grips the window frame on the Air Force bus that brought him to Landstuhl for treatment. (Ben Bloker / S&S) 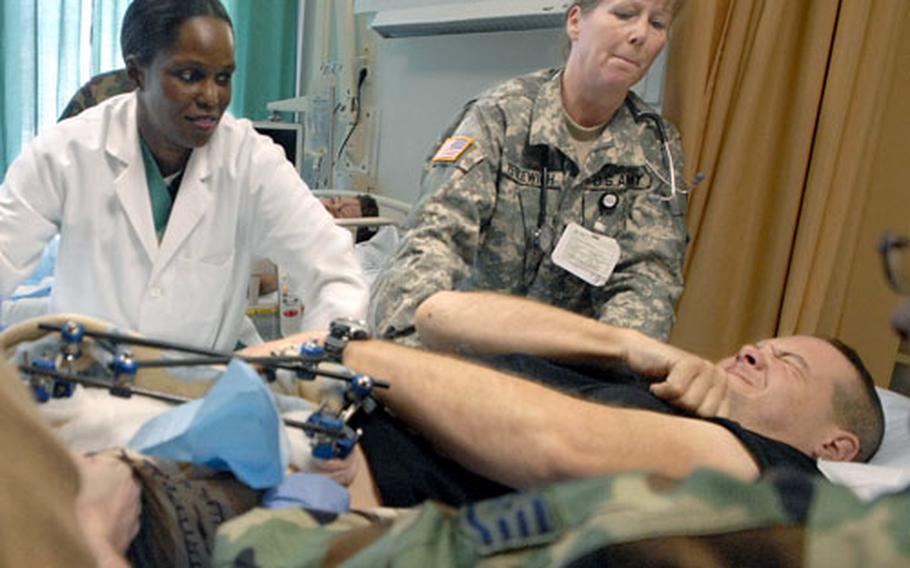 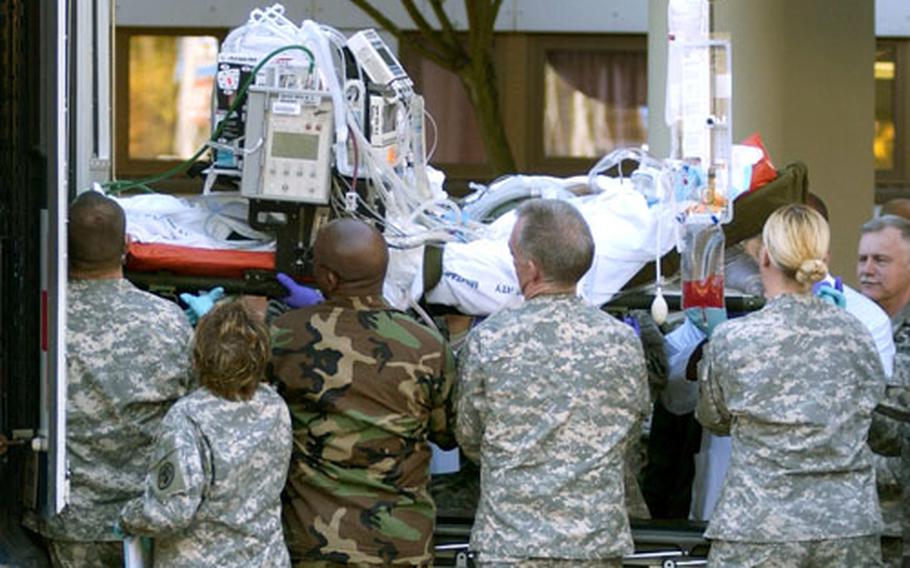 LANDSTUHL, Germany &#8212; Landstuhl Regional Medical Center saw a two-month spike in the number of wounded troops it treated in September and October, but the rate has dropped this month, hospital officials say.

Landstuhl saw 260 servicemembers with combat injuries in October, the fourth deadliest month for U.S. troops in Iraq with 105 deaths. A nearly identical number &#8212; 261 &#8212; were treated in September, even though there were only 71 deaths.

Although he had not run the statistics, Col. (Dr.) Stephen Flaherty, chief of general surgery and trauma service at Landstuhl, said there was no question the hospital staff has been busy.

The 23-year-old from Fort Smith, Ark., was wounded in Fallujah on the last day of the Muslim holy month of Ramadan in late October. A roadside bomb exploded under the Humvee in which Castro was the turret gunner. Everyone in the vehicle survived; Castro made it through with severe bruises and some minor burns.

&#8220;We knew it was going to be one of those months because of Ramadan,&#8221; he said recently while recovering at Landstuhl.