Number of advisers in Iraq increased to 450 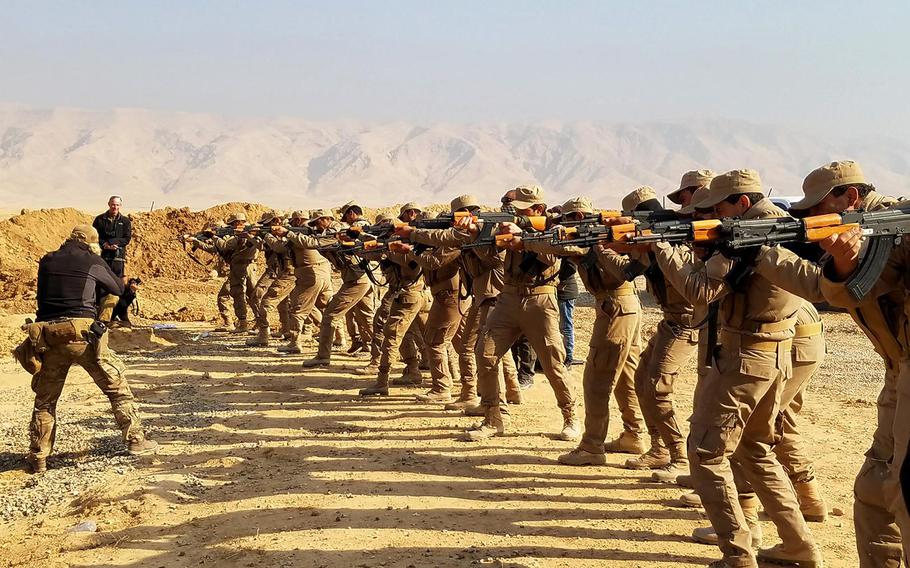 WASHINGTON — The number of U.S.-led coalition advisers embedded with Iraqi troops has risen 450 in recent weeks, the top American spokesman for the campaign to retake Mosul said Wednesday.

An additional 40 advisers were deployed to Iraq to help accelerate the battle against Islamic State fighters entrenched in the city, said Col. John Dorrian, a Baghdad-based spokesman for Operation Inherent Resolve.

He said the advisers are embedded with Iraqi forces to “advise them as they move forward” on Mosul, which is Iraq’s second-largest city and the Islamic State group’s urban stronghold in the country.

Some embedded U.S. advisers have entered Mosul with some Iraqi units, Dorrian said. Previously, the Pentagon had not confirmed whether American troops would go into the city. He said Wednesday that U.S. advisers “remain behind the forward line of troops, [but] they have been in the city at different times.”

To secure an area in the city, Iraqi forces “end up having to clear each [building],” Dorrian told reporters at the Pentagon. “And that goes from rooftop level, often in four-story, or higher, buildings through every single room and every single closet and into tunnels that have been dug between these buildings, and sometimes beneath them. It is just slow-going and is going to take some time.”

The total number of U.S. troops in Iraq is 4,935, according to The Associated Press. U.S. forces started returning to Iraq in late 2014 to help train and equip the Iraqi army, provide security for U.S. trainers, embed with the forces as advisers and provide logistics support as Iraqi forces fight the Islamic State group.

The Pentagon estimates there are still 3,000 to 5,000 Islamic State fighters in Mosul.