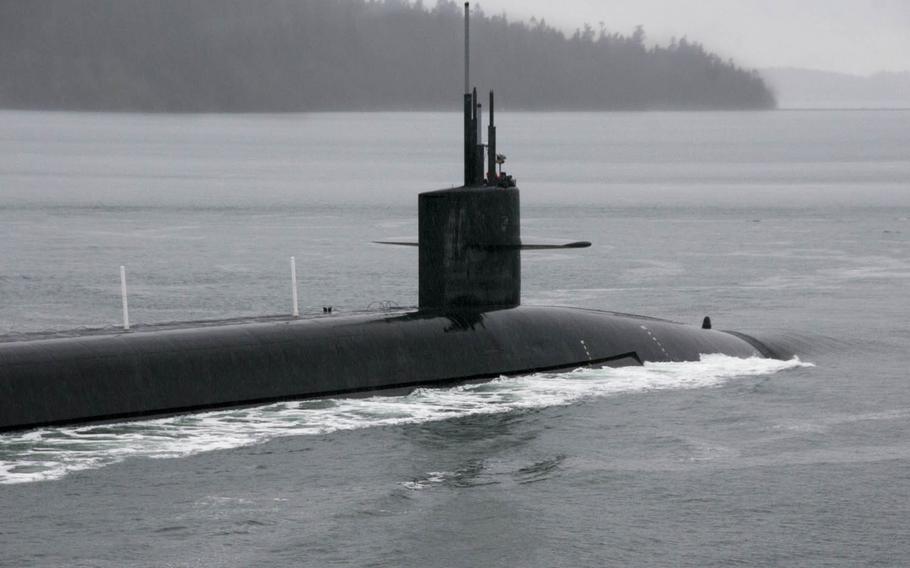 The Pacific-based nuclear ballistic-missile submarine USS Kentucky has deployed for the first time since 2011 after an overhaul as part of efforts to extend the life of aging Ohio-class boats while the U.S. develops a replacement.

The Kentucky left Naval Base Kitsap-Bangor, Wash., earlier this week, according to a Navy statement issued Tuesday.

The ship’s overhaul, which began in 2012, included nuclear refueling and other fixes designed to keep the boat operating for another 20 years, the Navy statement said.

The Kentucky and the other 13 nuclear missile-capable submarines in the Ohio class were designed to last 30 years; however, delays in developing and funding their replacements led to the creation of a 40-month overhaul program for each ship.

At current overhaul rates, those subs will begin retiring at a rate of one per year beginning in 2027.

Under plans to acquire new subs beginning in 2021, the Navy’s stock of nuclear missile-equipped subs would drop to 10 or 11 between 2029 and 2040, according to a March Congressional Research Service report.

The Navy says it needs 12 Ohio-class submarines, or their replacements, to keep enough boats on nuclear deterrence patrol at once.

Replacing the Ohio class is expected to cost $95.8 billion, including research and development costs. Following the outsized initial expense of developing the first sub, the Navy is trying to reduce the cost of boats two through 12 to $4.9 billion each.

However, it remains unclear how the Pentagon is going to pay for Ohio-class replacements, despite multiple senior Navy officials labeling the boats a top priority.

Congress could opt to work outside of normal appropriations to fund the submarines. In 2015, the National Defense Authorization Act created the National Sea-based Deterrence Fund, which would provide supplemental money for programs like new submarines.

Others have suggested cutting costs by reducing boats, with the Stimson Center think tank calling for 10 boats in a 2013 report — a recommendation partially based on the assumption that the U.S. and Russia continue signing agreements to decommission nuclear weapons.

The U.S. has 4,717 nuclear warheads either deployed or stockpiled, compared with Russia’s 4,500, according to 2015 State Department figures. Each country also has thousands more “retired” warheads that await dismantling.

A 2013 paper from the libertarian Cato Institute suggested keeping 12 nuclear missile-capable submarines and paying for them by eliminating the other two legs of the nuclear triad – intercontinental missiles and bombers.

“The sea leg of the nuclear triad by itself is a more powerful deterrent than that possessed by nearly any other nation in the world,” authors Cristopher Preble and Matt Fay wrote. “Russia retains a relatively large arsenal, but no other country is capable of deploying more than a few hundred nuclear warheads. A single Ohio-class submarine can carry up to 192.”