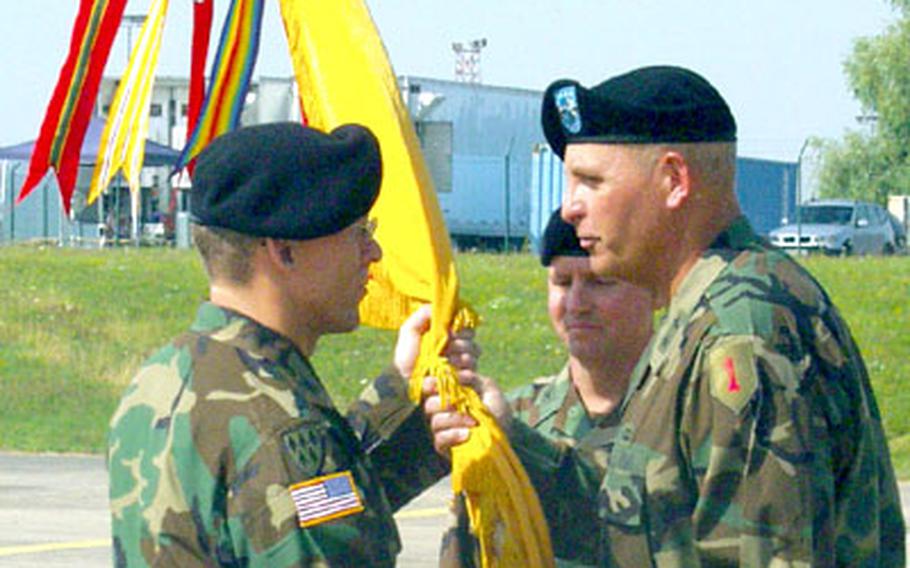 McConkey, a 1983 graduate of the U.S. Military Academy in West Point, N.Y., is no stranger to Germany. He served several early tours with the 2nd Battalion, 43rd Air Defense Artillery in Hanau and later was operations officer for the 94th Air Defense Artillery Brigade in Darmstadt. Most recently he was combat identification branch chief with the Pentagon&#8217;s Joint Staff.

During Lawrence&#8217;s two years of command, the 69th ADA participated in international exercises in Crete, Italy and Israel. He will move to Heidelberg to become executive officer of the NATO Land Component Command.

Maj. Gen. Kenneth Hunzeker, the 1st Infantry Division commander, was the supervising general at the change of command, the 69th ADA&#8217;s first ceremonial event since it was attached to 1st ID on July 1.