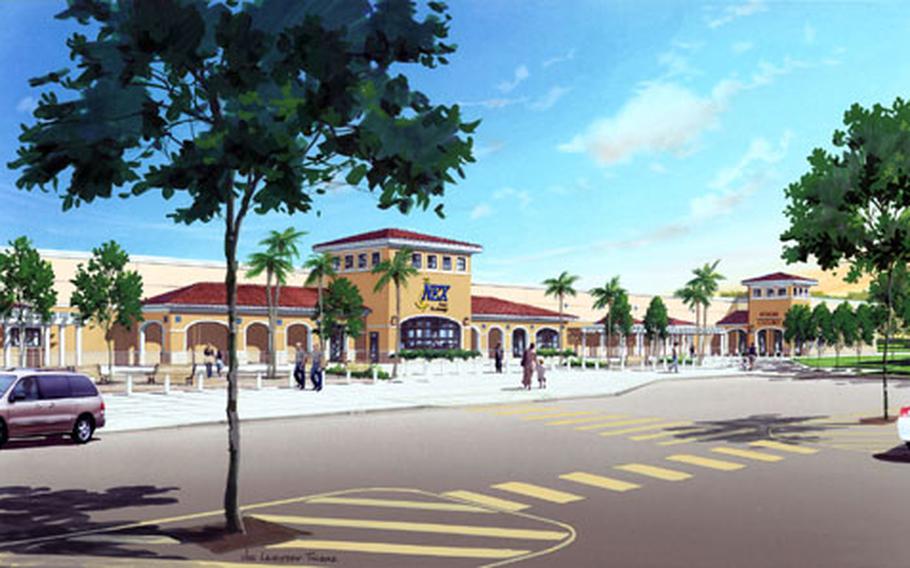 But even that, for now, is a target date as construction crews put the finishing touches on the $24.8 million complex, including a commissary shopping area that will be about twice as large as the current facility, said Gerri Young, spokeswoman for Europe&#8217;s Defense Commissary Agency.

The commissary area where customers will shop for groceries will expand from 13,185 square feet to 22,282 square feet. It will have larger spaces for display and sale items, a larger freezer section, an expanded produce area and a bigger deli area, officials have said.

The combined complex also will include a Subway sandwich shop, a coffee shop, barber and beauty shop, laundry and dry-cleaning service and photo studio.

The base has several other construction projects under way.

The new command operations building, which will house offices of the commander, executive officer and command master chief, opens later this month. Under the same roof will be the personnel support detachment, human resources, comptroller, legal office and safety, base spokesman Lt. Mike Morley said. The offices used to be spread among nine buildings that dated to the 1950s. They will be demolished shortly after the move.

The library is slated to open in spring 2009 and the community services building by summer 2009, Morley said.